"I could have said, ‘Mitt, drop to your knees,’ he would have dropped to his knees": Trump reaches new low while slamming Romney at Maine rally 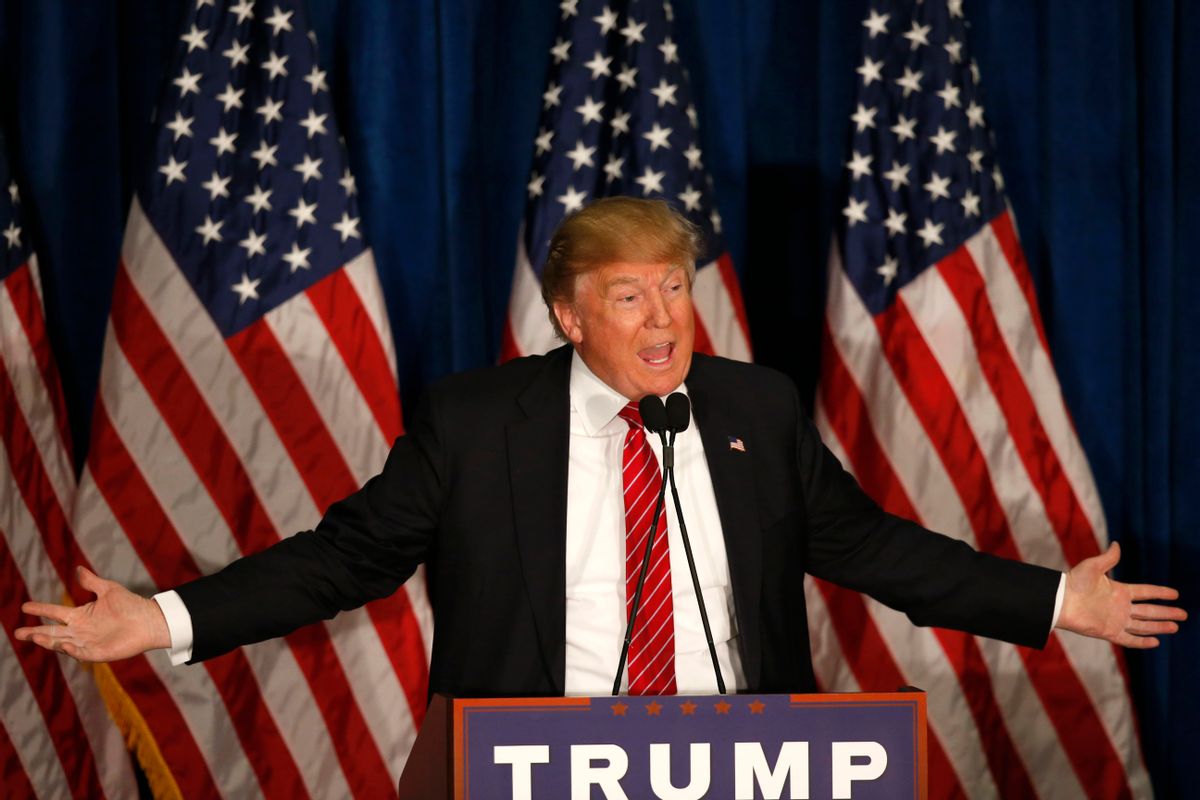 In a Portland, Maine, rally Thursday, Donald Trump responded to criticism from Mitt Romney's speech earlier in the day, calling Romney a "lightweight" and a "choke artist."

"Mitt is a failed candidate," Trump said. "He failed badly. That was a race that should have been won."

Trump admitted that he endorsed Romney in 2012, explaining, "He was begging for my endorsement. I could have said, ‘Mitt, drop to your knees,’ he would have dropped to his knees."

Trump described hosting a "very successful" fundraiser for Romney in 2012 in his Trump Towers penthouse, during which guests came up to Donald and told him, "This guy's a stiff. He'll never win." Unfortunately, it was raining that day and guests' wet shoes ruined Trump's carpet. "Maybe I can send Mitt a bill for carpet ruined," Trump quipped.

Trump also claimed to have played a major role in discouraging Romney from running in the 2016 cycle. "When Mitt started raising his head a few months ago, I said, 'Mitt Romney should not run. He’s a choke artist,'" Trump explained. “The real reason he chickened out — it was me.”

After an unreasonably long digression about whether he or Arnold Schwarzenegger would make a better "Apprentice" host (which was eventually determined by applause-level metric), Trump defended his for-profit college, Trump University.

“The school had 98% approval rating," Trump said repeatedly. "It’s got an A from the Better Business Bureau.”

The rally was ultimately a stump speech with sporadic interjections of Romney-bashing. For instance, Trump seemingly out of nowhere reminded rally-goers that "I have a store that's worth more money than Mitt," referring to his Gucci store on Fifth Avenue in Manhattan — a claim the Des Moines Register, after some speculation, eventually corroborated. (Trump afterward shifted his attention to the Register — "if it's still open" — for a while.)

As with any Trump rally, protesters abounded. One screamed, "Get your hate out of our state." Another interrupted to challenge Trump's nativist stance on immigration.

"Speaking of Mexico," Trump said while police booted the protester, "I won the Hispanic vote by far in Nevada."