The one-room, solar-powered structures were designed to provide occupants with more sturdy alternatives to tents 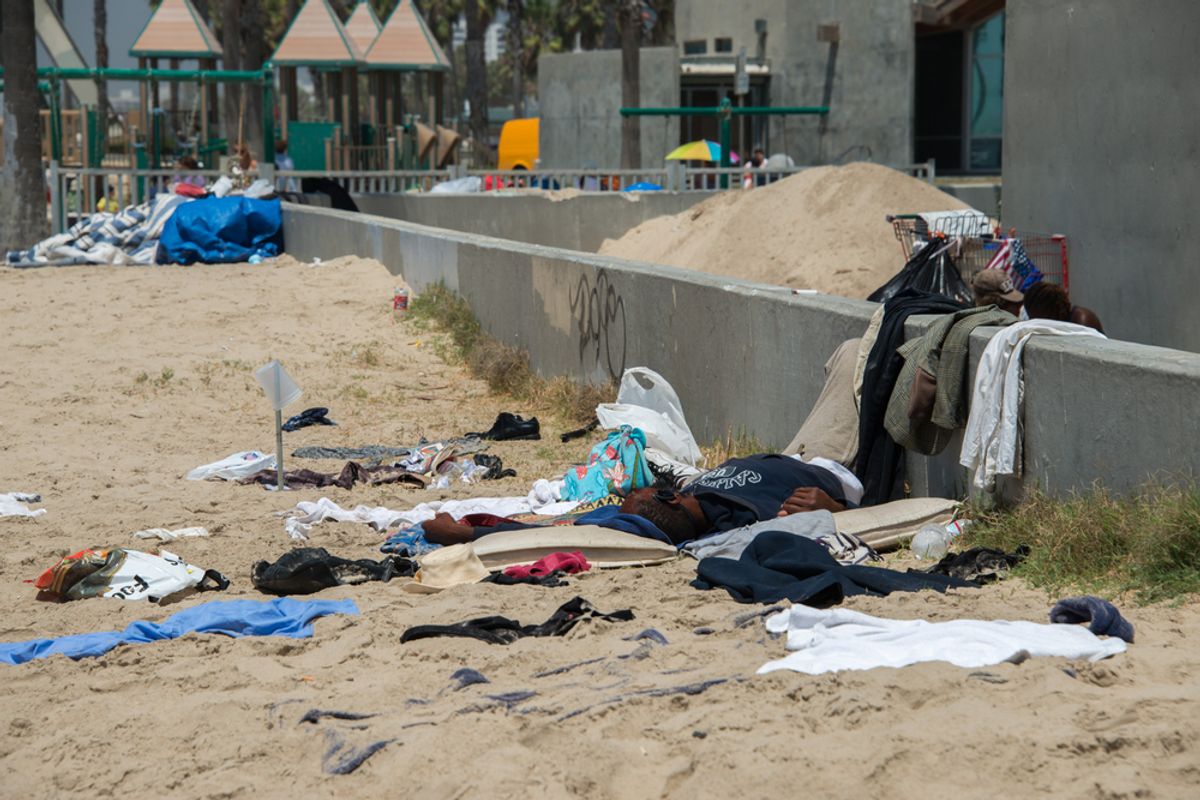 The Los Angeles housing crisis reached absurd new levels this month when city authorities began impounding and seizing tiny houses that were donated to homeless people to give them safe places to sleep.

The 6-by-10 foot structures were built by Elvis Summers, a musician and south L.A. resident who told the L.A. Times he used to be homeless himself. The mission of his organization, My Tiny House Project LA, is to “create tiny house shelters, rebuild communities, help those who need it and to inspire people to be Doers and to act now for a better tomorrow and to open their minds to compassion and empathy.”

Summers left dozens of the brightly colored structures, which are equipped with solar-powered lighting, near encampments and highways to offer more sturdy alternatives to tents.

But the Bureau of Sanitation seized three tiny houses earlier this month, with spokesperson Elena Stern claiming they pose a safety and health hazard. The bureau has been widely criticized for its aggressive and forceful clearing of homeless camps across the city, with Steve Pedersen, the chief environmental compliance inspector, stating in January, “We average about 117 [clearings of] encampments per month.”

Authorities had planned to impound several more structures late last week, but Summers and his team cleared them away first, reportedly moving some of them to private land so people can continue to stay in them.

“People can easily see that it’s effective, cheap and gives people a warm, safe shelter for right now until permanent housing can be built,” Summers told Mashable. “That’s a threat to the city’s money. They’re taking millions of dollars from very corner they can get it from and not doing anything with it.”

The city’s aggressive crackdown on the structures comes in the midst of a housing crisis so severe that the city council declared a state of emergency on homelessness last year. As of fall 2015, there were over 44,000 people without homes documented by the government.

The humanitarian disaster is bad even by nationwide standards. A reportreleased last year by real estate website Zillow, found that Los Angeles residents pay the highest percentage of their incomes on rent in the country. A separatestudy released around the same time by UCLA researchers found that “Los Angeles is the least affordable region of all metro areas,” outdoing New York and San Francisco.

Larry Gross, director of the Coalition for Economic Survival, declared in December that the city’s “foreclosure crisis and its impact on hardworking Americans is a national disgrace.”

Social justice organizations across the city are calling for large-scale solutions, including protections against gentrification, the safeguarding of rent control and an immediate halt to unjust evictions and displacement.

In light of these challenges, the government’s punitive response this month to tiny gestures of humanity reveals a great deal about where its priorities lie.