The FBI's shady iPhone evasions: Why its claims about the San Bernardino attack make no sense at all

The agency's director claims it needs Apple to hack an iPhone. So why can't he answer simple questions? 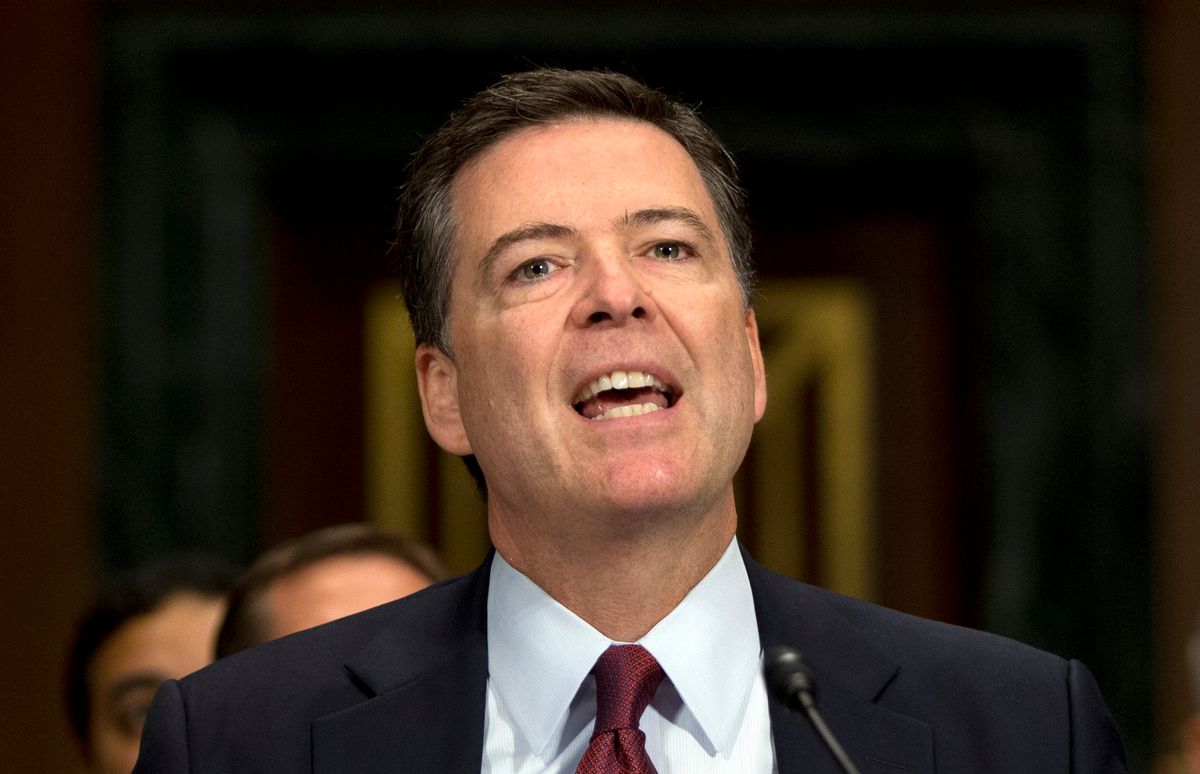 "There was a mistake made in that 24 hours after the attack."

As Nadler described when introducing his question, had the FBI not changed that password, it would not have needed Apple to help it hack Farook's phone, because it would have been able to obtain a full backup of the device. As Apple General Counsel Bruce Sewell explained at the end of the hearing almost five hours later, had the phone just been brought to a familiar wifi and permitted to auto-update, "The very information that the FBI is seeking would have been available and we could have pulled it down from the Cloud." There would be no need to force Apple to spend weeks writing a custom version of its operating system, because the FBI could have had that information on December 6.

But note: Comey's response -- his answer to Nadler's question of why the FBI had instructed San Bernardino County to change that password, the admission that "there was a mistake made," which figured centrally in most of the coverage of the hearing -- was non-responsive. It didn't answer why the FBI had done that. And Comey's explanation, offered to Utah Congressman Jason Chaffetz an hour later, that "there was an issue created in an effort to get in it quickly," made no sense at all, as would have been crystal clear had he given it when Nadler first asked the question near the beginning of the hearing.

First, Comey made an error in his response to Nadler. This happened not "in that 24 hours after the attack," but instead onDecember 6 -- four days after the attack, three days after the FBI seized the phone, and a full day after the FBI contacted Apple at 2:46 in the morning on December 5 and started getting 24/7 support from the iPhone maker. Not only had they already done nothing with Farook's work phone for 3 days, but according to a declaration from Apple's manager of global privacy and law Lisa Olle, they also had already obtained two batches of information from Apple pertaining to three different names and nine different accounts.

The FBI was already in contact with Apple, the company was providing same day service to legal requests, and yet the FBI director's explanation for why the FBI screwed up and set off a legal fight, one likely to end at the Supreme Court, is that they wanted the information they had already sat on for three days quickly. As Nadler went on to point out, the FBI then waited another 47 days before they asked for the iCloud back-up from Apple on January 22.

It makes no sense.

Comey's non-response took place just minutes after Michigan Congressman John Conyers' reminder that the intelligence community had been waiting for a terrorist attack so it could demand back doors into encrypted devices. As the congressman laid out, last August, Director of National Intelligence General Counsel Bob Litt had suggested in an email obtained by the Washington Post that the government might be more successful demanding back doors after a terrorist attack.

"I'm deeply concerned by this cynical mindset," Conyers said of the revelation. "I would be deeply disappointed if it turns out that the government is found to be exploiting a national tragedy to pursue a change in the law."

At one point, Comey even seemed to forget he was talking about a terrorist attack.

Through most of the hearing he -- and all members of the committee -- maintained a focus on the attack, which killed 14 and wounded 22. But in response to a question from Iowa Congressman Steven King about ISIL getting nuclear weapons, Comey emphasized the need to solve the encryption question now, rather than in the wake of an attack. "I do worry that it's hard to have nuanced complicated conversations like this in an emergency and in the wake of a disaster," Comey said in a hearing in which he had repeatedly invoked the seriousness of the San Bernardino attack. "Which is why I think it's so important we have this conversation now. Because in the wake of something awful happening it will be hard to talk about this in a thoughtful, nuanced way."

Here we are, having a discussion about back-dooring Apple phones because of an attack that killed 14, with the FBI director talking about how difficult it would be to have a nuanced discussion in the wake of something awful.

There's one more reason to think FBI might be exploiting this tragic attack just to establish a precedent. There's little reason to believe anything of value will be found on the phone -- which, after all, was Farook's work phone, and which he didn't destroy, like he did two other phones. Apple's lawyers point out the FBI would not want to have this fight in public if they thought the phone would lead to unknown accomplices. Forensics expert Jonathan Zdziarski laid out ten reasons why the phone was unlikely to have been used to plan the attack. Former Homeland Security Czar Richard Clarke judged, "The possibility that there’s any information on this phone about an imminent attack is negligible or zero.” San Bernardino Police Chief Jarrod Burguan told NPR, "there is a reasonably good chance that there is nothing of any value on the phone." Salihin Kondoker, whose wife was shot three times in the attack, said in a letter to the court written in support of Apple's stance, "it is unlikely there is any valuable information on this phone."

None of those predictions made it into the hearing.

This would not be the first time the intelligence community, or even Jim Comey, used a terrorist attack to extend surveillance. In 2004, then-Deputy Attorney General Comey along with other DOJ lawyers and the CIA, used the threat of an election-year attack, a threat based off a fabrication, to convince the secret FISA Court to approve a dragnet of Americans' email.

In that case, there's good reason to believe Comey didn't know the terror threat was bogus. In this case, however, Comey proved unable to offer a credible answer a very simple question: Why FBI did something at the very beginning of this process that made demanding Apple create a back door necessary. Before this process goes any further, American citizens are due a better answer to that question.