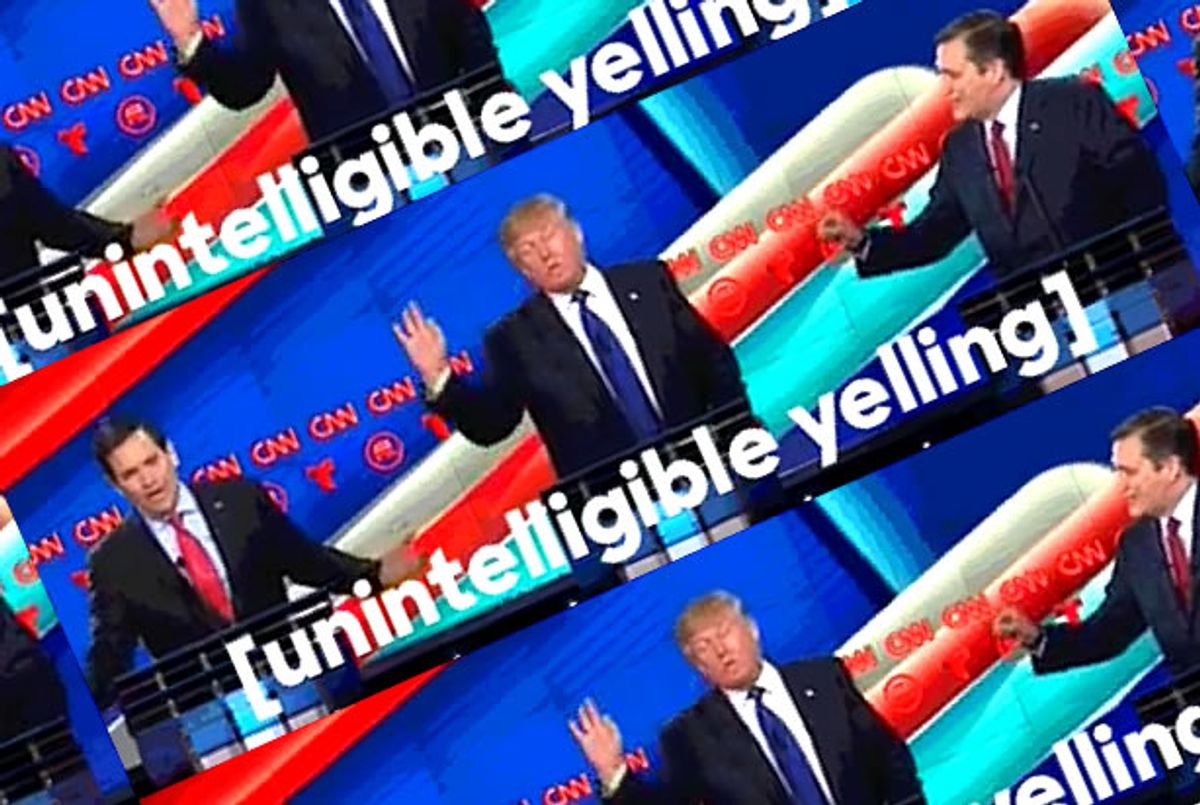 You may remember that during the previous GOP debate, Salon's mostly deaf assistant editor discovered that the closed captioner had lost the will to live and just started writing "unintelligible yelling" during the constant stream of cross-talk between the Republican hopefuls.

Tonight's Fox News debate has been, perhaps appropriately, even less regulated than the previous one, so much so that cross-talk is essentially defining the debate. While that might be entertaining, it's left this writer utterly incapable of understanding 99 percent of what's being said.

Fortunately, he's not alone in his inability to separate the signal from the noise, as the Clinton campaign is equally unimpressed, and expressed its exasperation by using the very language Salon called attention to last week: