"He's not for sale": Sarah Silverman explains why she dumped Hillary Clinton for Bernie Sanders on "Real Time with Bill Maher"

"He's been on the right side of the history at every turn," Silverman tells Bill Maher 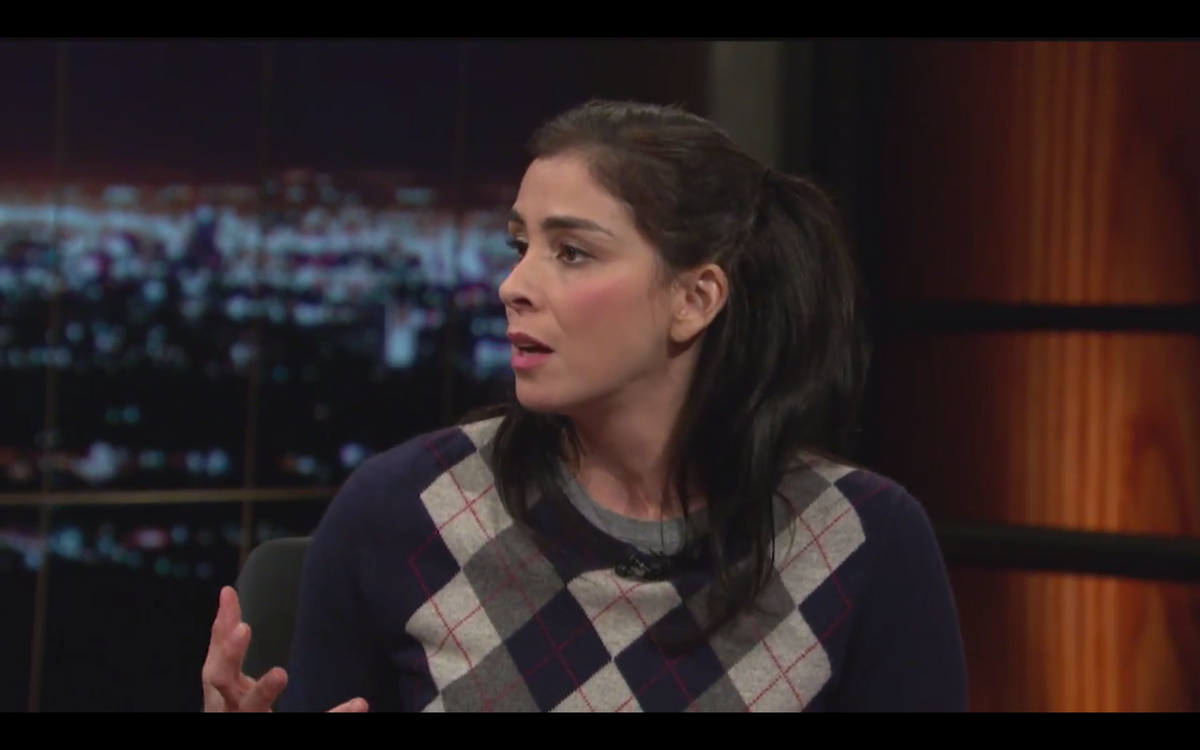 Among Bill Maher's guests on last night's "Real Time" was actress/comedian Sarah Silverman, who explained her transition from supporting Hillary Clinton to supporting Bernie Sanders for the presidency.

"I don't find him unelectable," Silverman said. "I don't know who's perpetuating this unelectable thing."

"He's really popular with both sides, everyone likes him, and he's not for sale, not playing the game and says what he means," she gushed. "He's been on the right side of the history at every turn -- not along with history when it becomes popular, but before it's popular."

Silverman equated Citizens United to rampant steroid use in the MLB -- in order to compete with everyone else, you have to siphon campaign dollars from a cesspool of special interests.

"Hillary takes money from banks and big business and super PACs," Silverman explained, but "so did Barack Obama; she's no different than anybody else. She was the best choice, I thought, because all of them do it."

"Then someone came along who doesn't do it, who is not for sale," she added.