Forecasting the GOP war over Donald Trump: How likely is a brokered convention?

As Donald Trump inches ever closer to the Republican nomination, new talks have arisen of a convention challenge 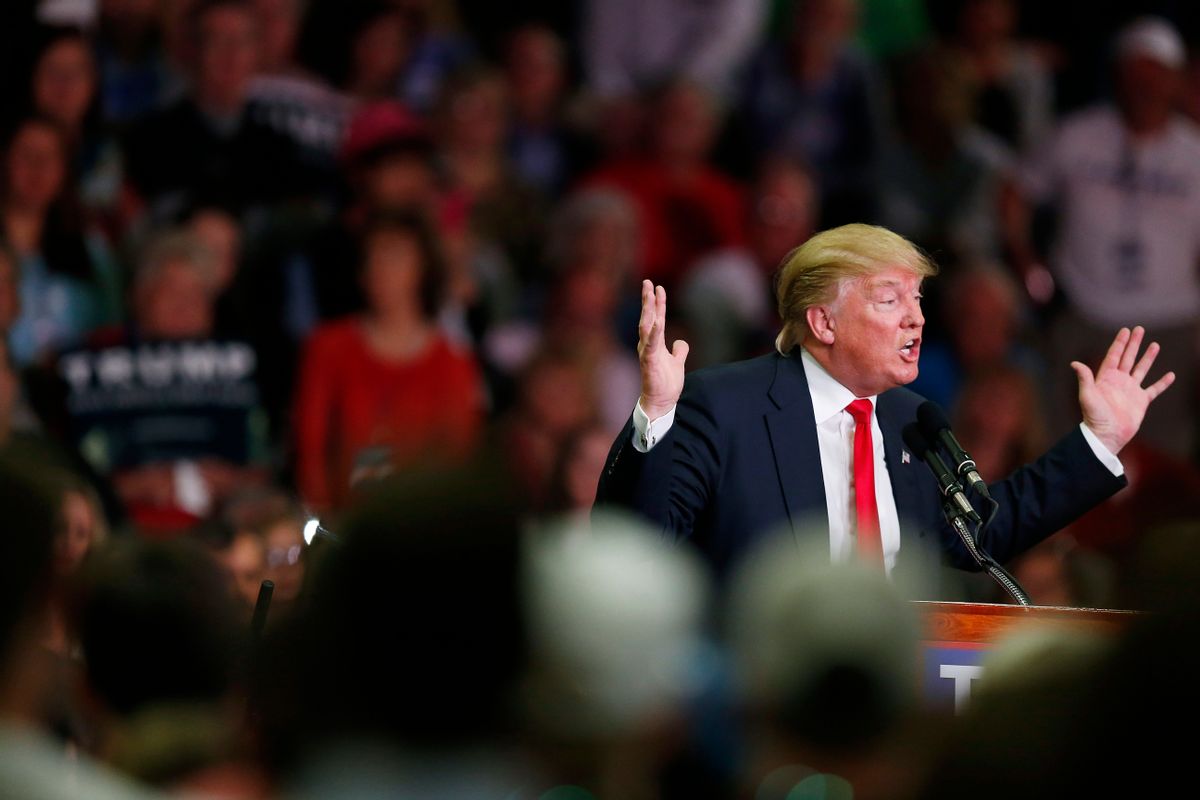 Modern precedent has repeatedly illustrated that catastrophic fears of brokered conventions and splintered parties rarely make the leap from nightmare to reality. Eight years ago, the brutally contentious Democratic nominating process between Barack Obama and Hillary Clinton was the closest we've come to such a possibility in recent cycles.

If you think the 2016 Democratic primaries are unprecedented in terms of the ongoing battle between Bernie and Hillary supporters, you clearly don't recall how badly the Dems thwacked each other with lawn tools then.

By April of 2008, we heard many of the same warnings of a contested Democratic convention as we're hearing today on the Republican side. I distinctly recall reading article after article in which every level of the liberal blogosphere warned of the consequences of the Hillary camp continuing to challenge Obama's delegate victory all the way to the convention, thus severely weakening Obama in the face of a potentially tight race against John McCain. But the fears of neurotic Democrats everywhere rapidly fizzled by June when Hillary endorsed Obama, inaugurating a mostly successful reunification effort.

This year, however, the Republicans are careening at ludicrous speed toward a brokered convention that could potentially split the party into at least two distinct factions due almost entirely to the party's own recklessness. To briefly recap: The only reason, and I mean only reason, why the GOP contest appears to be heading toward inevitable disaster is because the party has spent the better part of 16 years elevating slack-jawed folksy ignorance and too-often-racist, hateful, duplicitous bumper-sticker screeching over reasonable and rational policy ideas. Donald Trump is merely applying what's worked on AM talk radio and Fox News Channel to his unorthodox campaign strategy -- adding to the mix an eye on reality-show temper-tantrums and general villainy. The Republicans built this, and it could destroy everything the conservative movement has sought to achieve since Barry Goldwater's catastrophic defeat in 1964. The party is ultimately screwed no matter how it handles this fracas.

Unlike 2008 on the Democratic side, this particular fight doesn't have as much to do with several warring candidates as much as it has to do with either stopping Trump or letting him do his thing. It's really about the Republicans versus Trump, much more so than Trump versus Cruz or Trump versus Rubio. Consequently, it appears as if this year could actually see the first brokered major party convention in 40 years.

Just to recap: A brokered convention occurs when the frontrunner has failed to achieve the required delegate total of 1,237 and victories in at least eight primaries, per the GOP's Rule 40b. Or, and this is an important note, if the party is unsatisfied with the presumptive nominee, an alternative candidate or candidates could be offered up for a floor vote at the convention in which pledged delegates switch their votes to another candidate.

Here are the top five possibilities facing the Republicans as they seek a legitimate nominee, ranked by likelihood.

5) Trump storms off: Trump wins enough delegates but grows disgusted with the GOP for second-guessing him and so he orchestrates a reality show "storm off" stunt. How many times in various reality shows have we watched as "villains" storm off the show in obvious goodbye-cruel-world maneuvers for the sake of drama and securing more attention from viewers? Though exceedingly unlikely, this plot line is well within Trump's capabilities and style.

4) Ted Cruz overtakes Trump before the convention: Trump rapidly disintegrates over the next 10 days, allowing Ted Cruz, who only has two fewer victories than Trump, to overtake the frontrunner. From there, Trump drops out before the convention and either chooses to give up entirely or, terrifying the GOP establishment, decides to run as a third party candidate, solely out of spite and ego.

3) Presumptive nominee Trump is ousted at the convention: Trump's nomination, per Rule 40b, is secured by reaching 1,237 delegates, but the party votes to change the rules at the convention, opening the door for Mitt Romney, Jeb Bush, Paul Ryan or even Ted Cruz to be nominated from the floor. If this occurs, the party risks Trump taking his millions of furious voters and running as an independent. The ramifications could congeal into something like the Tea Party on steroids, forming a second GOP-style party, which, if it proves strong enough, could relegate both the newly formed party and the existing Republican Party to the size and strength of a third-party, without the potential for a clear majority in a contest against the unified Democrats. This is the nuclear scenario and, while it's very much a possibility in the unpredictable age of Trump, it's probably the least likely series of events to occur.

2) Trump remains in the lead but lacks the 1,237 delegates necessary to clinch the nomination:   Despite polls showing Trump marching toward the 1,237 delegate threshold, it's always possible though unlikely that Trump will fail to become the presumptive nominee by June. This is the best case scenario for the Republican Party, allowing it to easily challenge Trump at the convention without changing any rules. This possibility could manifest itself in one of three ways: 1) the party will have an organized replacement nominee ready to roll, precluding all comers, or 2) the convention will suddenly be flooded with campaigning by many of the candidates from the primaries as well as new/old faces like Mitt Romney. The latter possibility would give us those multiple ballots torn from old-school nominating conventions.

1) Trump is confirmed as the legitimate nominee: Believe it or not, this is the most likely scenario. Not wanting to completely splinter the party, forcing Trump to potentially run a third-party race in the general and therefore horking votes from the GOP nominee, the party will likely allow Trump to be the nominee, should he attain eight primary victories and the required 1,237 delegates. As fun as it might be to imagine an old-school convention in which there are multiple ballots lasting all night, if not days, I believe the Republicans could stay the course and pick up the pieces after Trump is, hopefully, defeated by a landslide in the electoral college.

The upshot is this: All things being equal, Trump's very existence damages the party, either by a brokered convention, or simply by being Trump in the general. It's not a matter of whether he'll damage the party; it's much more a question of how badly he'll damage it, with or without the bungling incompetence of the party itself. Remember: The GOP, for all of its lack of accountability over creating Trump's fanbase, has been organized around one thing: defeating the Democrats. And it will lie, cheat, steal or even undermine its own electoral success in the long run in order to achieve immediate political expedience. This opens up the possibility for all-of-the-above, and a very, very exciting Summer.