Fox News' Keith Ablow: Erin Andrews' $55 million settlement is fair because she would make that much "letting herself be seen naked" 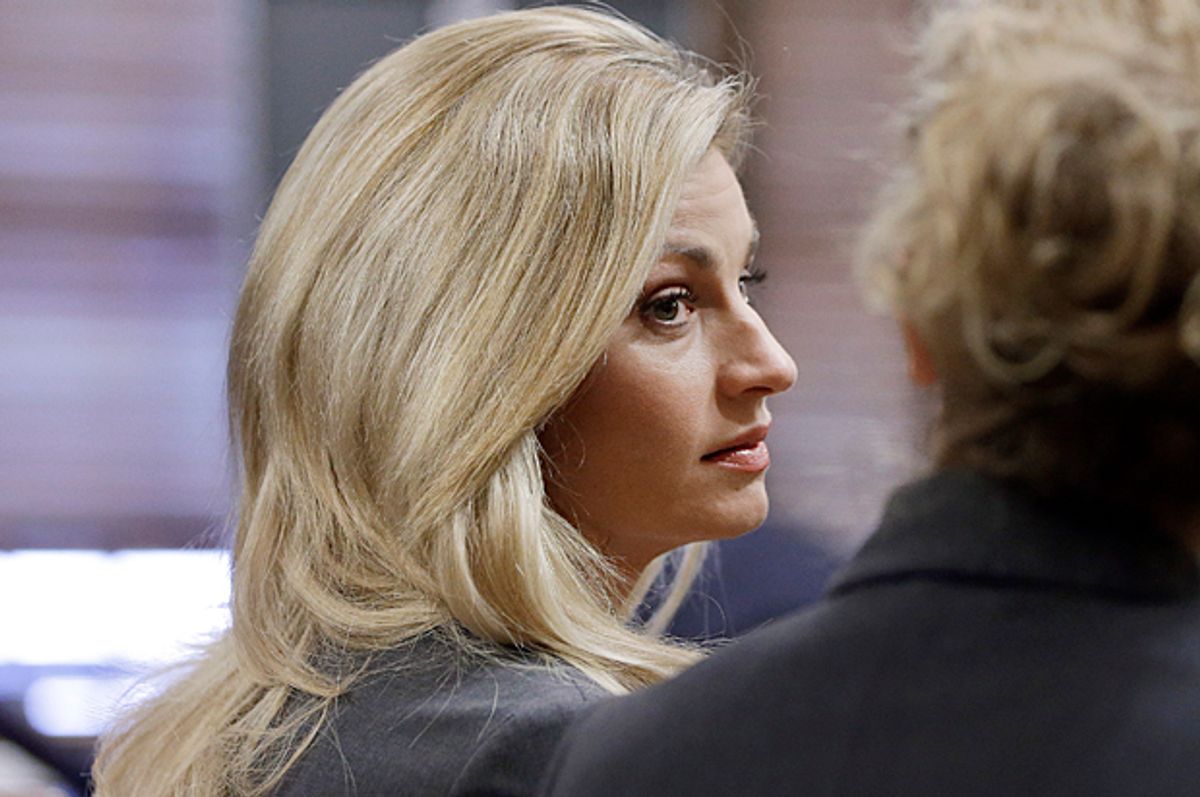 On Fox & Friends Tuesday morning, Medical A-Team member and cream-faced loon Keith Ablow opined on Erin Andrews' $55 million victory in court yesterday, saying that she could make as much money if she "let herself be seen naked."

But Ablow didn't open the awful festivities -- that was left to Fox News legal analyst Arthur Aidala, who knows a thing or two about gawking at women who don't "cover up their lady-parts." He claimed that the award was "way too much," as it represented "multi-generational wealth."

"It's tax-free money!" he said. "Take the emotion out of it -- her career has sky-rocketed since that! Her dollars and cents and earning capacity -- she's the co-host of Geraldo Rivera's Dancing with the Stars! Our insurance rates go up!"

Ablow claimed this was "an appropriate, symbolic" settlement, because "if you stay at a hotel, you ought to be assured that when you close the door, you have your privacy." Which is, frankly, a sensible position to take -- or was, until he threw in a hypothetical to justify the amount of damages Andrews received.

"If a very famous woman decided, and I wouldn't advise it, to let herself be seen naked for 60 seconds by each spectator who wanted to in a hotel room, I think she could probably charge $1,500 per 60 seconds," he said.

"This probably simply makes her whole," Ablow added, presumably in relation to some sort of sick accounting, the less said about which the better. "If she wanted to spend her life doing that, she can make the same amount in the next ten years."

Watch the entire segment via Media Matters below.