What exactly is going on in Guantánamo? An expert explains the "indefinite detention and lawlessness" 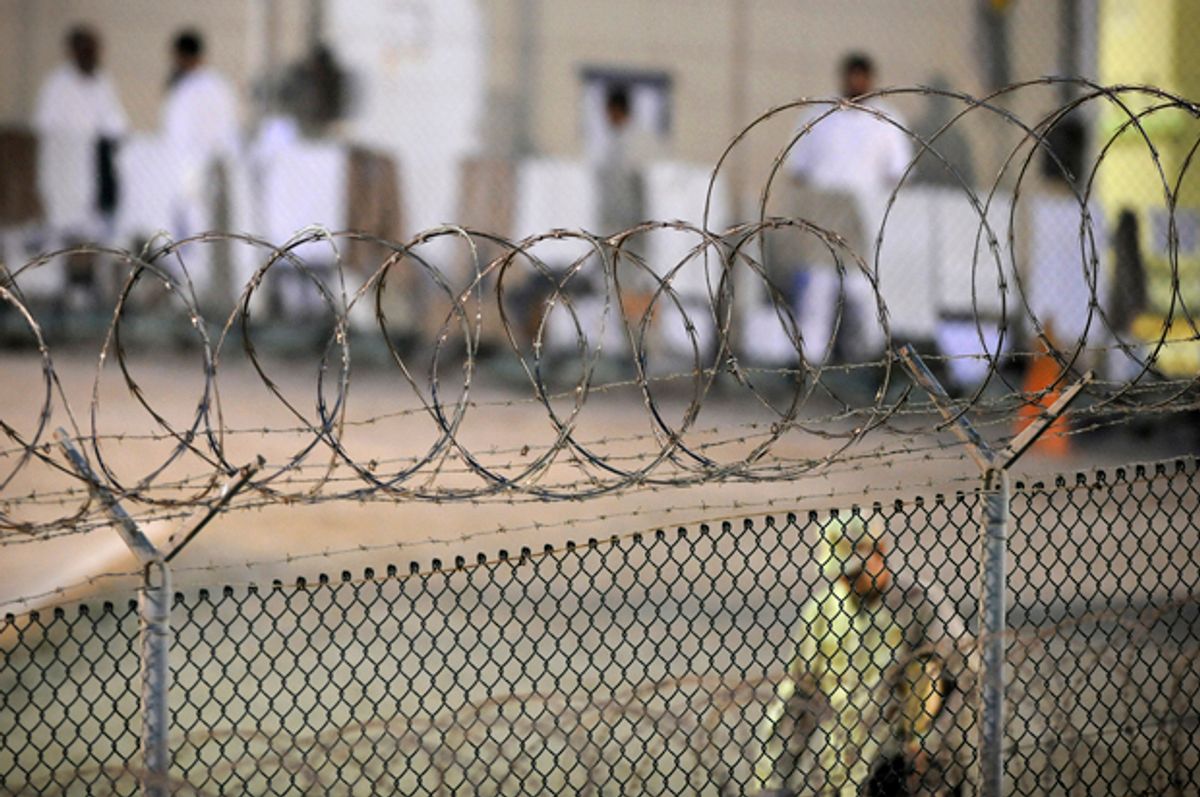 Almost a decade ago, in June 2007, as he campaigned for president, then-Sen. Barack Obama told a Texas crowd, "We're going to close Guantánamo. And we're going to restore habeas corpus."

One week after winning the November 2008 election, President-elect Obama released his plan to close the prison. Two days after entering office, on Jan. 22, 2009, he issued an executive order calling for the prison Guantánamo to be closed.

More than seven years after the president signed the executive order, however, the prison remains open.

Late last month, Obama again pledged to close Gitmo. He issued a new plan for closing the prison, insisting, "I don't want to pass this on to the next president."

What is going on? Why is Gitmo still open? What is happening with the remaining detainees? And why has it taken so long?

In order to answer these questions, Salon sat down with Wells Dixon, a senior staff attorney at the Center for Constitutional Rights and a leading specialist on Guantánamo. Dixon has many years of experience working on Gitmo cases not just in U.S. federal court, but also before military commissions at Guantánamo and even in international proceedings.

The U.S. prison at Guantánamo Bay Naval Base in Cuba was opened in January 2002. It was most active under the Bush administration.

This leaves 91 people who remain detained in the prison today.

When Obama entered office in January 2009, he created a task force that did a baseline review of all of the remaining detainees, and put each into one of three categories: those who were cleared for transfer, those who would face prosecution -- either in federal court or the military commission -- or indefinite detention.

Almost 40 percent (36) of the remaining 91 detainees have been cleared for release.

In order to be cleared for release, "It means that every military, intelligence or law enforcement agency with a stake in Guantánamo decided unanimously that you don't pose a threat," Wells Dixon explained. "It's a very high standard."

This leaves 55 detainees. 10 of them are currently in the military commission system, meaning they are either facing charges or have yet to be sentenced.

Military commissions were set up, he explained, "to prosecute what the government claims are war crimes."

More detainees have died at Guantánamo (nine) than have been convicted by military commissions (eight), the Center for Constitutional Rights attorney emphasized.

The remaining 45 prisoners are in indefinite detention. "We call them 'the forever prisoners,'" Dixon explained.

Indefinite detainees have not been accused of war crimes, but also have not been cleared for release. "They're sort of in limbo," the attorney said.

These 45 will likely go through what is called a Periodic Review Board, or PRB, process. A PRB is an administrative hearing at Guantánamo to decide whether or not a detainee can be cleared. If a detainee has not yet been cleared for release, a PRB has the power to clear them.

"What the Periodic Review Board does is it looks at these remaining 45 guys and it makes a determination about whether they are likely to present a future threat to the United States or its allies," Dixon said.

"It's prospective, sort of like a parole hearing; why you were brought to Guantánamo 15 years ago is largely irrelevant," he added.

The Center for Constitutional Rights attorney stressed that a PRB is fundamentally different than a trial. PRBs are an administrative process, run by the military, that go through the Department of Defense. And they are not based on evidence of an alleged crime.

"It's not whether they committed a crime; it's whether they are likely to pose some kind of a threat," Dixon told Salon. "So you may not have any evidence against somebody, at all, that they've done anything wrong, but if you think for some reason they are a threat, it might not be cleared."

Obama created the PRB process with an executive order in March 2011, and took a year or two to get going. "It took forever to start it up," Dixon recalled.

The 45 remaining indefinitely detained prisoners are eligible for the PRB process. Assuming the transfer approval rate is the same for these remaining 45 detainees, 38 or 39 will be released, Dixon noted. This will leave six or seven prisoners in Guantánamo.

This explains what is happening with the 91 detainees who remain in the prison. What about what will happen with them before Obama leaves office in January 2017?

In his answer to this question, the Center for Constitutional Rights attorney admitted, "We aren't terribly optimistic."

Dixon said he is critical of the plan the Obama administration proposed in February to close Guantánamo. Although the president characterized his strategy as a new plan, Dixon says it really proposes "nothing new."

Obama's plan "is not sufficient to actually achieve closure," he said.

"First of all, there really was nothing new in this plan," Dixon continued. "These are not new ideas... There is nothing new to suggest any sort of material progress toward closure."

Dixon said the Center for Constitutional Rights has for years called on the Obama administration to speed up the Periodic Review Board process, and to speed up the transfer of those who have been cleared for release.

"The fundamental problem with the closure plan is that it calls for some number of men to be brought into the United States for continued indefinite detention," Dixon explained. "We're talking about detention without charge, detention without evidence."

"That's not a responsible way to close Guantánamo," he added. "It's not actually closing Guantánamo; it's moving Guantánamo from the naval base to the United States."

"You're changing the ZIP code; you're not actually addressing what is really the core problem with Guantánamo, which has been lawlessness, indefinite detention, lack of due process and so on."

Dixon also condemned "the administration's failure to ensure accountability for CIA torture and other war crimes," and noted that this and Gitmo are an indelible part of Obama's larger legacy.