Carly Fiorina returns to the campaign trail to offer her endorsement: "I saw my own name on the ballot ... but then I checked the box for Ted Cruz"

Not that it'll matter much 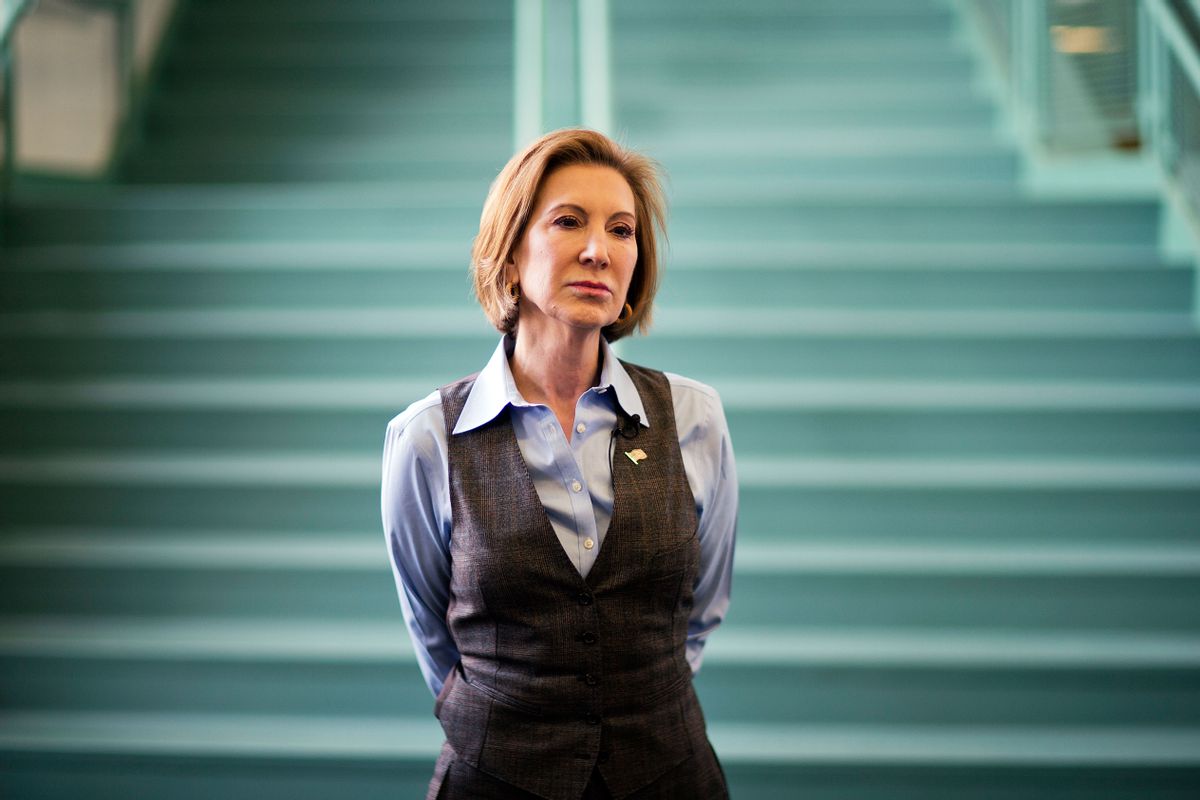 Fiorina explained at a Cruz rally in Miami that she was "horrified" by Donald Trump and voted for Cruz in Virginia on Super Tuesday. "I walked into the ballot box and I looked at the ballot and I saw my own name on the ballot, it was kind of a thrill, but then I checked the ballot for Ted Cruz," Fiorina revealed to mild cheers. Although the Virginia election turned out to be much closer than expected, Trump still beat out Cruz to win the state.

Fiorina attempted to paint the Texas senator as the true outsider candidate, claiming Cruz should be "proud to be known by the enemies he has made in the D.C. cartel."

Cruz said he was humbled by the endorsement from the former HP executive, whom he called a "strong, principled leader and woman of faith.”

"We just heard a whole bunch of Democratic activist and Hillary supporters go 'Holy cow, what was that?'" Cruz joked after Fiorina left the stage: