Not even Fox News wants to delve too deeply "inside the mind of a Trump voter," just blames Obama for Trump's ascendance instead

Americans, Ablow said, want a president who shouts "America!" and is "an American! A businessman! Unapologetic!" 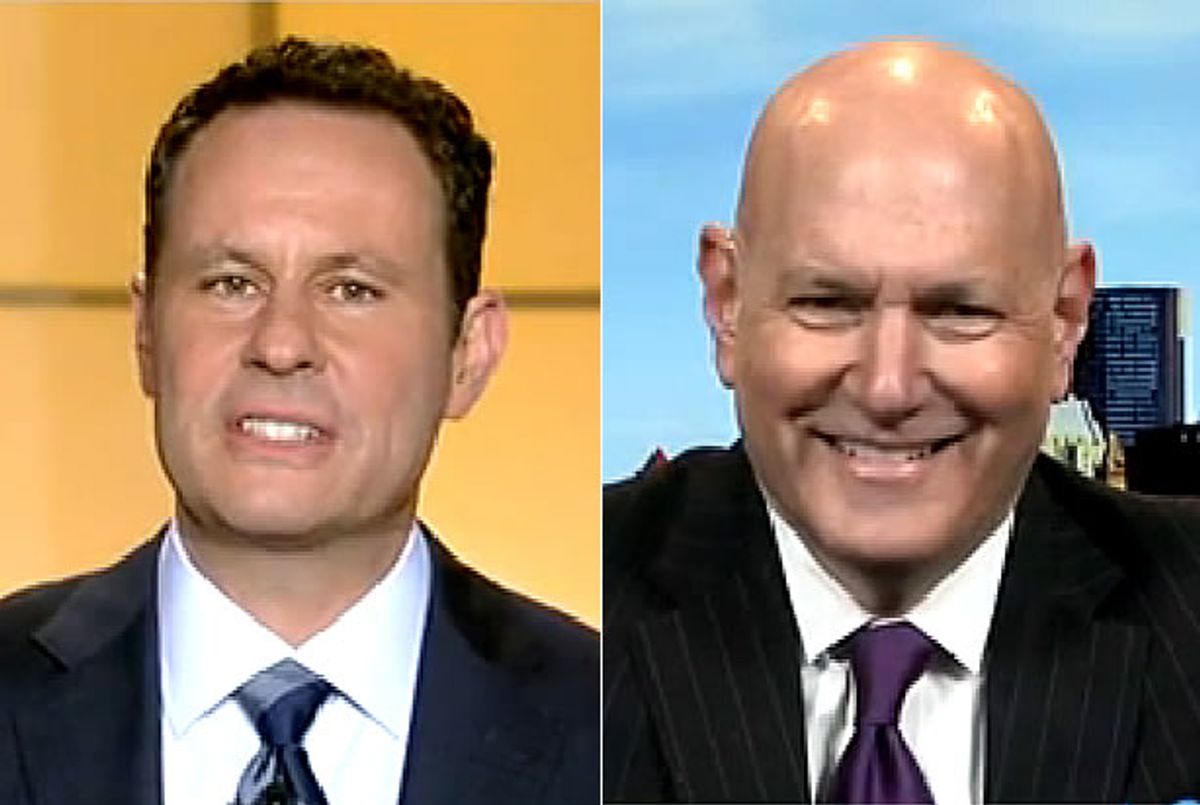 On Fox & Friends Wednesday morning, co-host Brian Kilmeade promised viewers they would delve "inside the mind of a Trump voter," but when he introduced our tour guide into this errant abyss -- Medical A Team correspondent Keith Ablow -- all anyone want to talk about was our current president, Barack Obama.

The Trump phenomenon is Obama's fault, Ablow contended, because "there's pent-up frustration about him" and his supposed hatred of America, "so people are ready to say, 'America! [Trump]'s an American! He's a businessman! He's unapologetic!'"

"This is also," he added, "payback to the Republicans who let this happen -- I don't think people can believe that we let this guy occupy the Oval Office for eight years."

Kilmeade chimed in, saying that "must be what the opposition research is saying, because they're going after his businesses, which is why he rolled out his successful businesses last night" in a victory speech that doubled as an infomercial for a number of his failed enterprises.