Trump taunts NBC reporter who asked about using profanity in speeches when children are present: "Aren't you just a perfect young man?"

"Oh, you're so politically correct," Trump said, "You're so beautiful!" 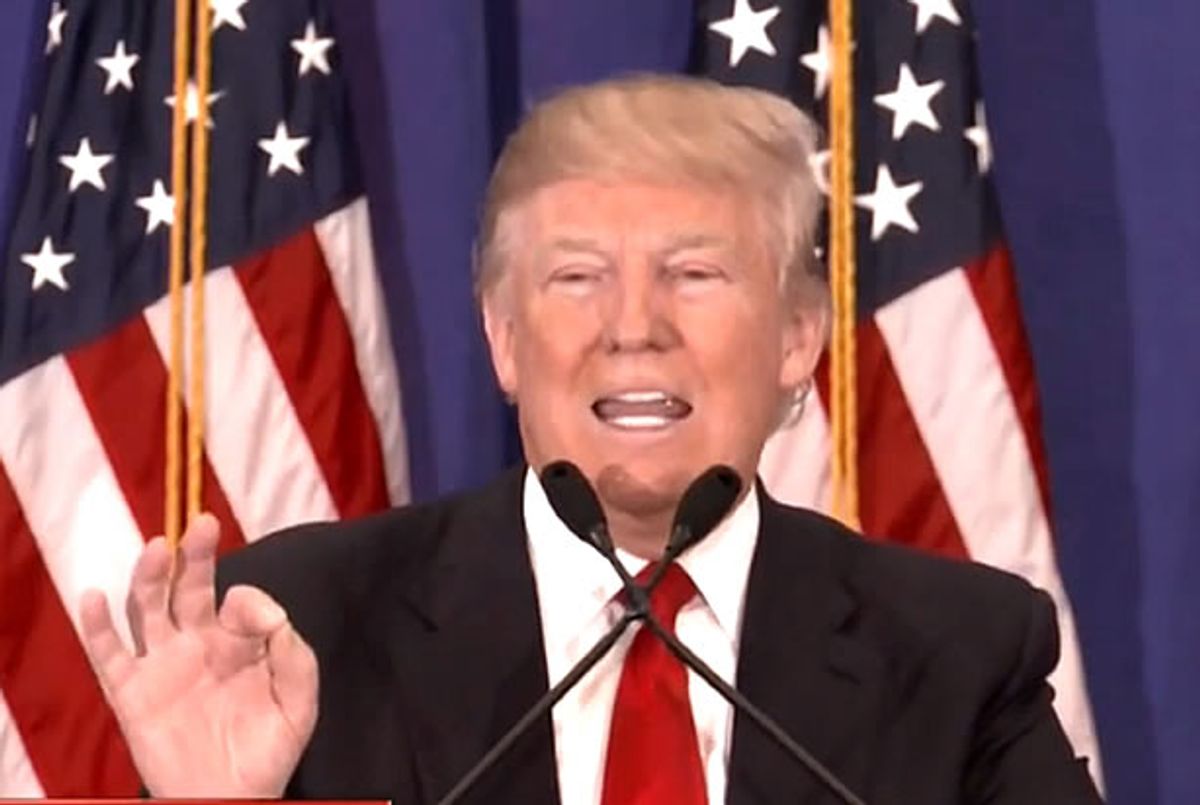 Beef-witted GOP front-runner Donald Trump berated a reporter during his victory announcement Tuesday night for daring to question his use of foul language on the campaign trail.

Trump was in the process of discussing an advertisement by conservative American Future Fund Political Action that attacked Trump for his frequent use of profanity at campaign events. "I'll be honest with you, I saw it. I was a little concerned with that ad until I saw it. I think it's better than any ad I've ever taken from myself," he replied.

Trump referred to the group as "a bunch of babies -- very, very stupid babies. I watched that ad, and if I had my choice to take it down or let it run, I'd let it run."

NBC News' Peter Alexander asked him how he would have parents explain to their children the profanity that frequently punctuates his stump speeches, to which the presidential hopeful replied in sing-song, "oh, you're so politically correct, you're so beautiful."

"Oh, look at you," Trump continued, playing to those in the crowd who had audibly turned against Alexander. "He's so -- I know, you've never heard a little bad, or a little off[-color] language. I know, you're perfect -- aren't you perfect? Aren't you just a perfect young man?"

"Give me a break," he said, waving off the difference between "imperfectly" using profanity in private life and doing so publicly, and repeatedly, on the campaign trail, and in front of children. "It's stuff like this," Trump concluded, "that people in this country are tired of today."

Watch the entire exchange below via CBS News.