Obama hits back at GOPers blaming him for Trump nightmare: Says he won't "validate some notion that the Republican crack-up" is his fault

Obama accepts some responsibility for increased partisanship under his tenure, but said GOP created its own monster 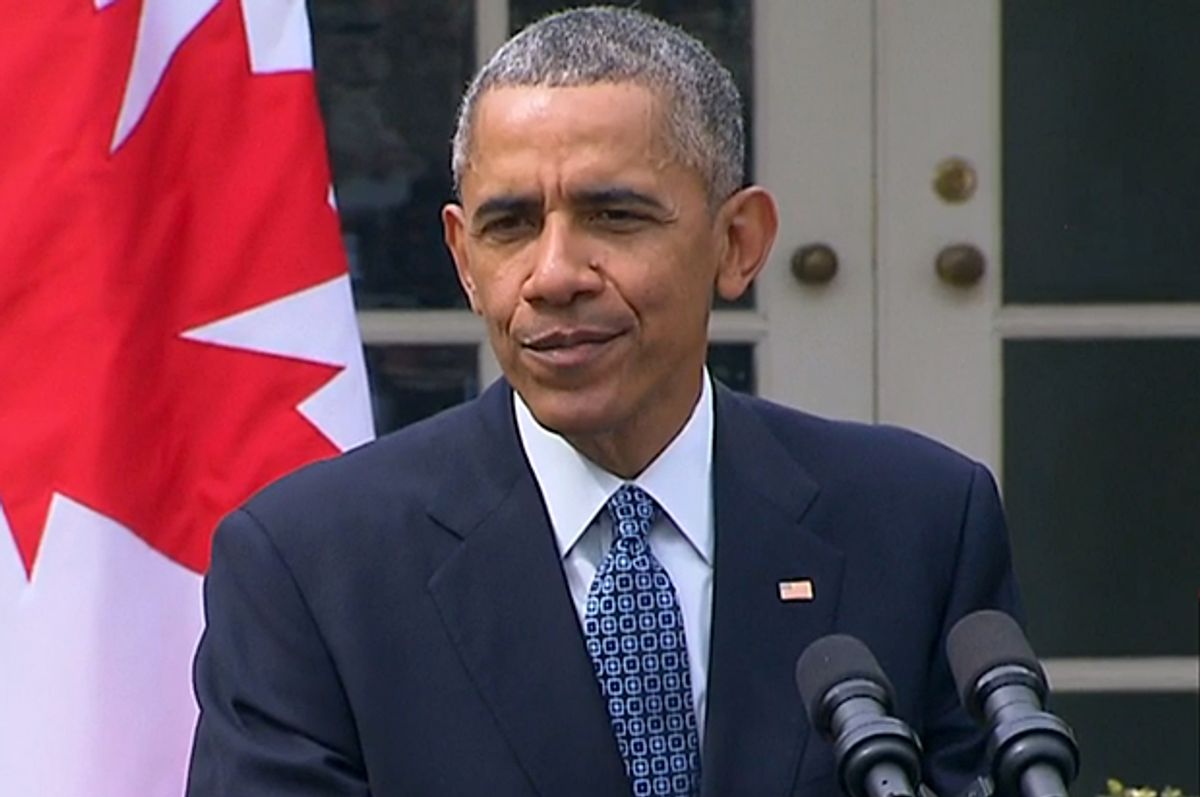 Asked by a reporter at an unrelated news conference on the White House lawn if he feels responsible for facilitating the ascent of a candidate so insanely anti-establishment as Trump, Obama said he's familiar with the argument but disagreed with it.

"I have been blamed by Republicans for a lot of things, but being blamed for their primaries, and who they're selecting for their party, is novel," the president said, garnering some chuckles from beltway press.

"One of my regrets is the degree to which polarization and the nasty tone of our politics has accelerated rather than wained over the course of the last seven-and-a-half years," he continued. "I do all sorts of soul searching in terms of are there things I can do better to make sure that we're unifying the country."

Obama added that GOP politicians and media outlets "have been feeding the Republican base, for the last seven years, a notion that everything I do is to be opposed; that cooperation or compromise somehow is a betrayal; that maximalist, absolutist positions on issues are politically advantageous ..."

"What you're seeing within the Republican party is, to some degree, all those efforts, over a course of time, creating an environment where somebody like a Donald Trump can thrive," Obama said. "He's just doing more of what has been done over the last seven-and-a-half years."

The president also called out Ted Cruz and Marco Rubio, whose immigration plans, he said, aren't all too different from Trump's, but rather just presented in a more palatable way, "despite the fact that Mr. Cruz and Mr. Rubio, their own families are the products of immigration and the openness of our society.

Obama concluded his comments on the issue by saying he wouldn't "validate some notion that the Republican crack-up that's taking place is a consequence of actions that I've taken."