The GOP's "Mussolini" moment: Win or lose, Donald Trump could usher in a new era of authoritarian politics

On Monday, a Republican lawmaker compared Trump to the Italian fascist. And, in fact, the parallels are stark 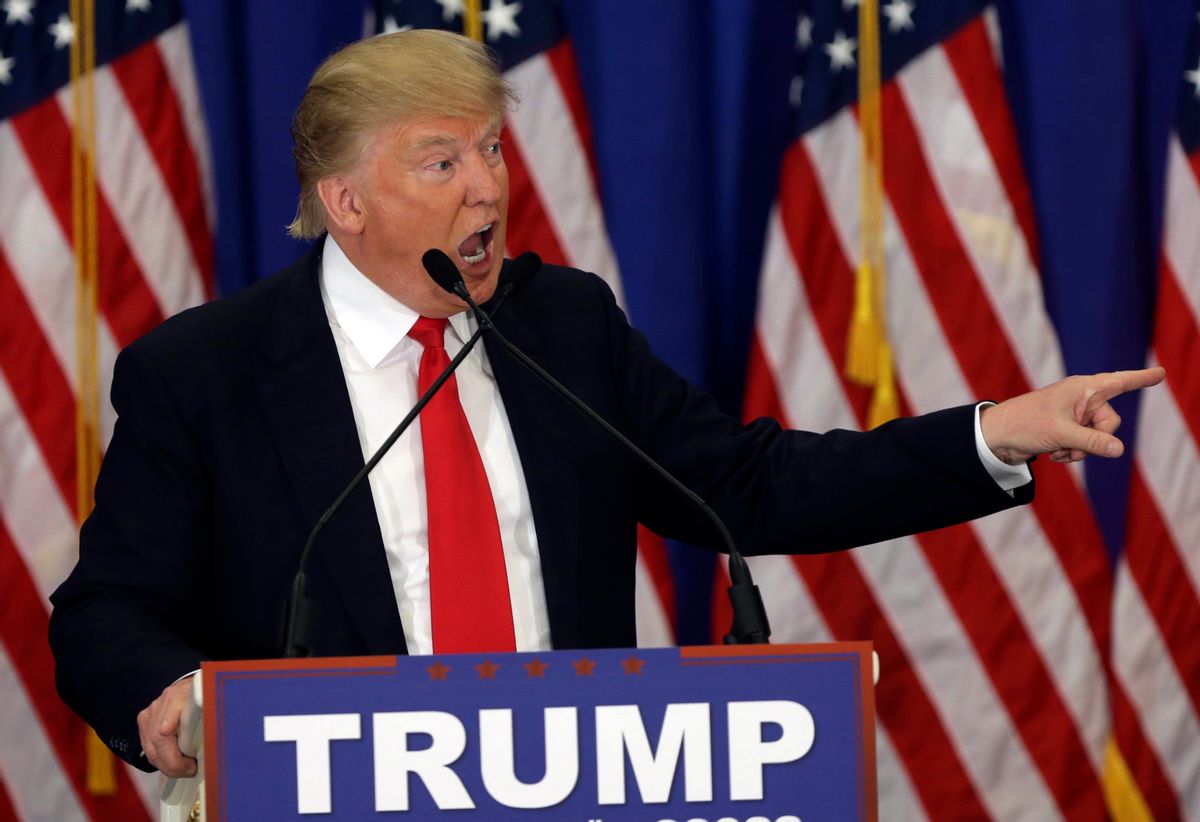 Donald Trump is not someone who is accustomed to hearing the word "no." As the head of his own multibillion-dollar company, Trump is virtually an autocrat, with complete control of his organization. He gets what he wants, when he wants it, and is surrounded by yes men who wouldn’t dream of questioning the boss.

Unsurprisingly, this kind of power has made it difficult for Trump to grasp what it is like to lead a democratic country of over 300 million people instead of a private business. The billionaire recently showcased his authoritarian attitude towards Congress when he claimed that Speaker of the House Paul Ryan, R-Wis., would “have to pay a big price” if he did not “get along” with the idea of Donald Trump as president. Trump’s campaign has been committed to this kind of strongman bravado since he first announced his candidacy last summer, and it has led many -- including members of his own party, such as Rep. Chris Stewart, R- Utah, earlier this week -- to compare him to past dictators and demagogues like Benito Mussolini.

Trump has been so brash in his devotion to sounding tough that even military leaders — who are ordinarily apolitical — have condemned his rhetoric and assured that if a President Trump did indeed order war crimes  — like the targeting of innocent family members of terrorists — the military would refuse to follow those orders. “U.S. generals and admirals would refuse [President Trump’s] commands, potentially precipitating a constitutional crisis, because our military has a duty to refuse clearly illegal orders,” wrote Rachel E. VanLandingham and Geoffrey S. Corn, both retired military officials, in a USA Today editorial.

Regardless of these criticisms, Trump’s tough talk has been an important ingredient to his electoral success. Whether it be his call to ban Muslims from entering the country, his promise to “open up” libel laws, his advocacy of torture, or his plan to deport 11 million people and overturn the 14th Amendment’s citizenship clause, the Donald's aggressive agenda has proven to be quite popular among Republican voters. It has also shown that Trump and Republican voters have little respect for the Constitution and Bill of Rights.

This may surprise some of those who have bought into Republican rhetoric over the past seven years, which claims that Democrats have spit on the Constitution and assaulted individual freedoms. (Requiring everyone to get health insurance is a terrible affront to liberty in the mind of Charles Koch.) Republican leaders have even taken to calling the centrist President Obama — who spent the first half of his presidency futilely trying to compromise with them — a king and a dictator. Of course, if a real dictator is to be elected president in the future, he (or she -- but most likely he) will be a Republican.

Donald Trump, win or lose, may well be the first of many authoritarian demagogues in the years to come, according to what various pollsters have found in recent months. Matthew MacWilliams, who is a Ph.D. student at the University Massachusetts Amherst, conducted a survey back in December to figure out what exactly is behind Trump’s success, and the results are distressing. “Running a standard statistical analysis,” writes MacWilliams in Politico, “I found that education, income, gender, age, ideology and religiosity had no significant bearing on a Republican voter’s preferred candidate. Only two of the variables I looked at were statistically significant: authoritarianism, followed by fear of terrorism, though the former was far more significant than the latter… Trump’s electoral strength—and his staying power—have been buoyed, above all, by Americans with authoritarian inclinations.”

This authoritarian impulse was long ago embraced by the Republican Party with its hostility toward social change, its fear-mongering militarism, its resentment of non-white immigrants and foreigners, and so on. Many of the same Tea Partyers who decried President Obama as a socialist tyrant are now pulling for Trump, which indicates that it was never really about limiting the power of government — they simply wanted their leader to reflect and impose their values on society at large. This is especially true for social issues, where modern Republicans have always been authoritarian.

Polling results support this growing authoritarian trend within the GOP. According to another survey done by Vox, for example, 65 percent of those who scored highest on authoritarianism were Republican voters, while the most non-authoritarian respondents were about 75 percent Democrat.

Of course, this doesn't mean that all Republicans are strongly authoritarian; there are Republicans who oppose big government regardless of who’s in charge, but they are quickly becoming a minority within their own party. (Sen. Rand Paul’s inability to gain traction in his presidential campaign indicates this.) And while Trump may not be the United States' very own Mussolini, he could be the first of many openly authoritarian politicians to take hold of the Republican Party.