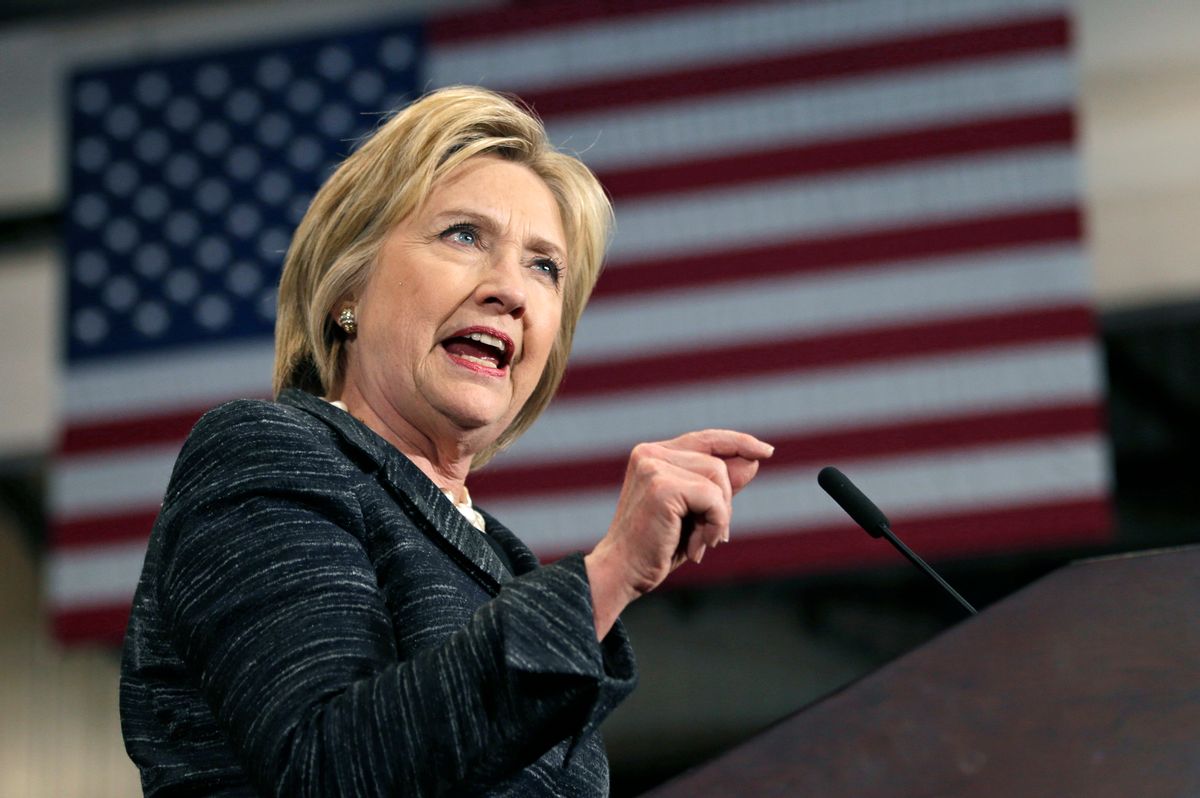 Presidential candidate Hillary Clinton claimed on MSNBC Friday that the Reagans started "a national conversation" about HIV and AIDS.

"It may be hard for your viewers to remember how difficult it was for people to talk about HIV-AIDS back in the 1980s," said Clinton. "And because of both President and Mrs. Reagan — in particular Mrs. Reagan — we started a national conversation, when before nobody would talk about it."

In reality, the exact opposite happened. The Reagans remained silence for years; their only response was heartless derision.

While the AIDS epidemic was ravaging his country, Ronald Reagan did not mention it until 1985. And he did not give a major speech about AIDS until mid-1987, when tens of thousands of Americans had died from it.

"Reagan was silent at a time when silence equaled death," Slate's Mark Joseph Stern writes. "His cowardice in the face of the crisis will forever tarnish his legacy."

Meanwhile, although the Reagans might not have been talking about AIDS much, their administration sure was laughing about it.

At an October 1982 White House press briefing, reporter Lester Kinsolving and Press Secretary Larry Speakes joked about AIDS, which was killing an enormous number of Americans.

"It's known as the 'gay plague,'" Kinsolving quipped in response. The audience laughed.

"I don't have it," Speakes said. "Do you?" Once again, everyone cracked up.

The press secretary joked that the journalist may himself be gay because he knew about AIDS.

Then he insisted no one in the Reagan administration knew anything about it. "There has been no personal experience here," he joked, as the room burst into laughter.

To the Reagan administration, death was quite funny.

BuzzFeed has documented 13 times when the Reagan White House press briefing laughed about the AIDS epidemic, from 1982 to 1984. They chuckled while thousands of Americans died.

Nor are Nancy Reagan's hands clean. While her good friend Hollywood actor Rock Hudson was dying of AIDS, she refused to help him.

Hudson flew to France in July 1985, in the last months of his life, in hopes of trying an experimental treatment that was not available in the U.S. Yet he was not allowed into the French military hospital — the only one in the world offering the treatment — because he was not a French citizen.

His U.S. publicist sent a desperate telegram to the Reagans at the White House pleading for help. "Only one hospital in the world can offer necessary medical treatment to save life of Rock Hudson or at least alleviate his illness," his message stated.

The Reagans, Hudson's old friends, could have helped him, but refused to do so.

The only "national conversation" the Reagans started about AIDS was one about their administration's egregious inaction — and vile mockery — at a time of mass suffering, fear and death.

Hillary's campaign issued a tepid apology (one that still speaks positively of the Reagans) hours after making the remarks. Yet the comment by Clinton — whose record on LGBTQ rights is also questionable (she opposed marriage equality until 2013) — started a national conversation in its own right on Friday, as people expressed outrage on social media.