Marco Rubio accuses Trump of ruining America for American Muslims: It's not about being politically correct, it's about "being correct"

Trump claimed that "a lot of them," meaning "Muslims," want to fly airplanes into skyscrapers 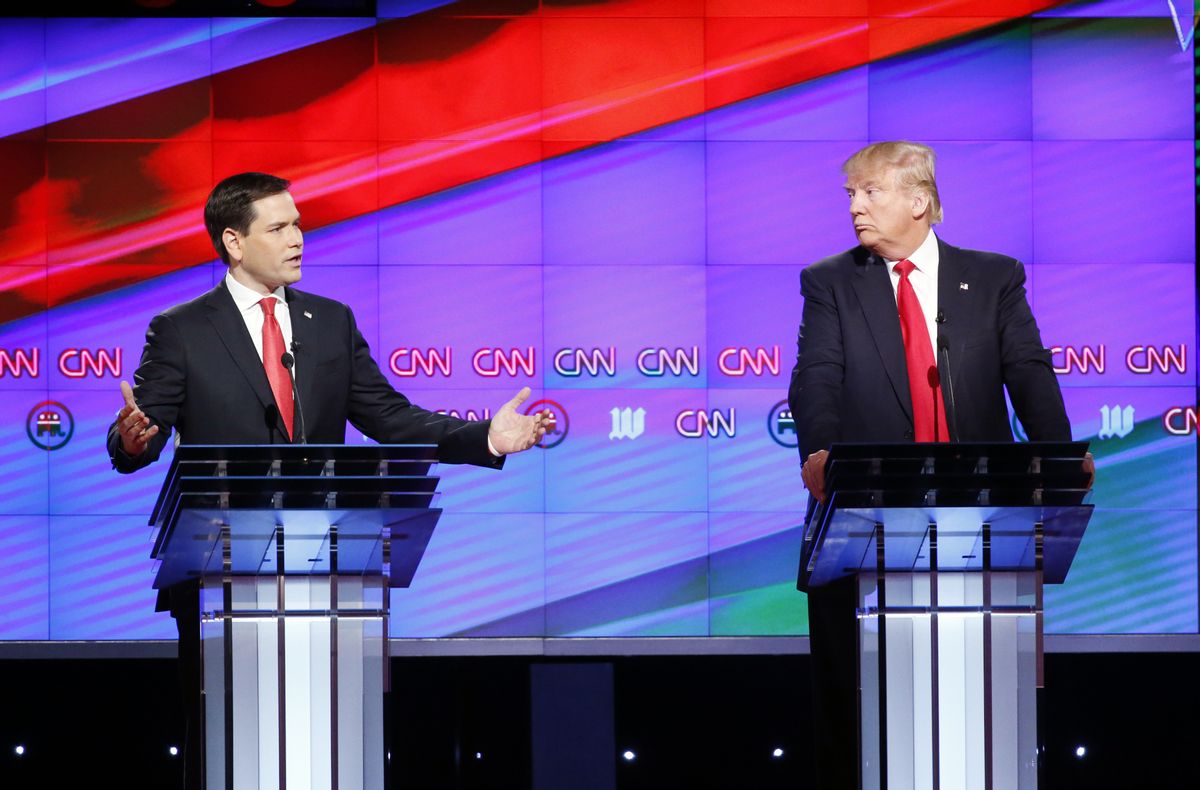 During Thursday night's debate, CNN's Jake Tapper asked GOP front-runner Donald Trump whether he means that all Muslims hate America when he says that "Islam hates us."

Trump replied, "I mean a lot of them!" He noted that a there's a "tremendous hatred, [and there is] something going on that maybe you don't know about there," though he didn't specify where "there" was.

Florida Senator Marco Rubio saw an opening and darted into it, saying that "presidents can't just say anything they want," and that Trump is creating a very hostile environment for American Muslims, even though there are many headstones in military cemeteries that bear a crescent instead of a Star of David or cross.

Rubio paused for a beat, and said that refusing to insult Islam isn't about political correctness, but merely about "being correct."