The description of these 3-inch long dogs is as honest as the man whose name they bear — so, not at all 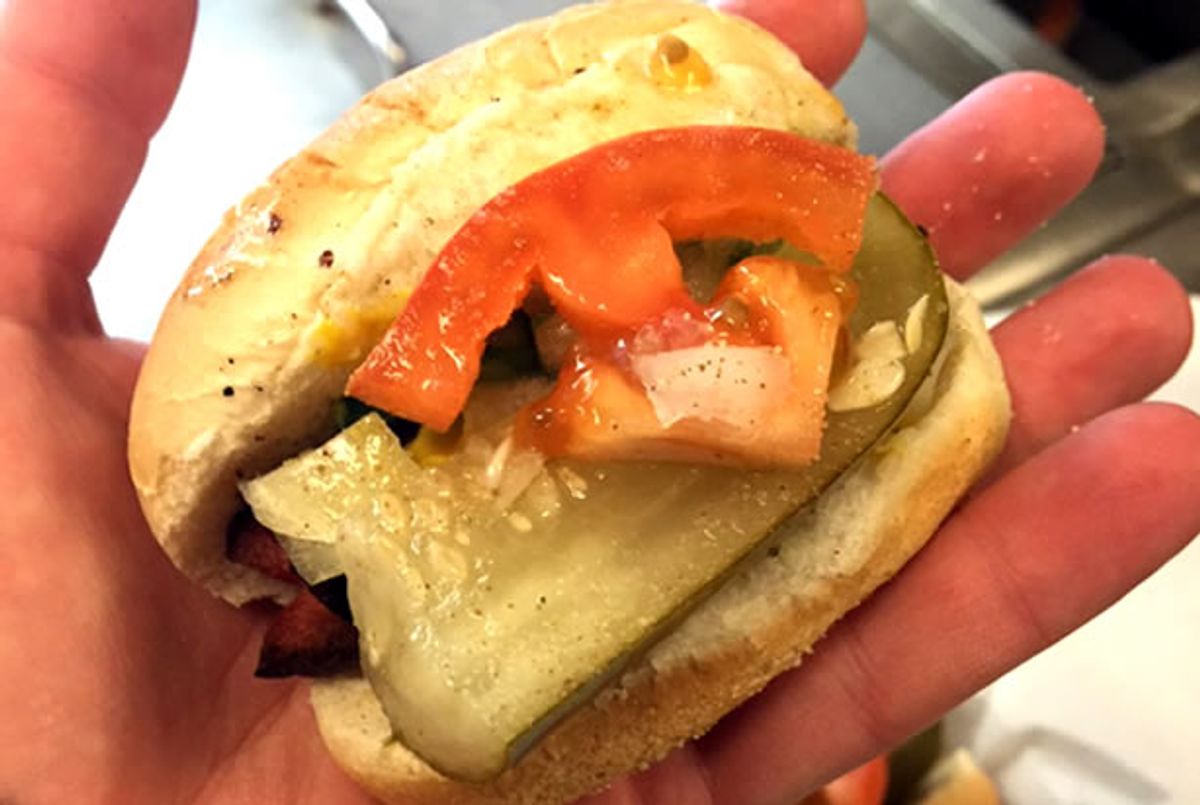 On Fox News this morning, the anchors were hopping mad over a promotion by a Chicago hot dog vendor -- The Wiener's Circle -- in which they reinvented "The Art of the Deal" as "The Art of the Meal," complete with a menu as honest as Trump University's course catalog and as humble as the candidate himself:

"The Trump Footlong" is, according to the vendor's tweet, "3 inches of the best tasting, most flavorful beef you've ever had." The Wiener's Circle will "guarantee you there's no problem" with the 3-inch, footlong dog, "guarantee it":

The vendor is clearly referring to the GOP front-runner's response to Marco Rubio during the Republican debate in Detroit last week, in which he said that Florida senator mentioned his "hands -- [and that] if they're small, something else must be small. I guarantee you, there's no problem. I guarantee you.

Trump is scheduled to host a rally in Chicago at 6 p.m., and the Wiener's Circle is hosting its "Make Wieners Great Again" promotion to coincide with it. They've even ordered their employees a few relevant hats:

And they seem to be enjoying the attention being lavished upon their deliberately fraudulent dogs: