Did Donald Trump incite a riot? Officials could bring charges against the Republican billionaire, reports say

Trump has adamantly denied responsibility for violence at his campaign events, but he might soon be held to account 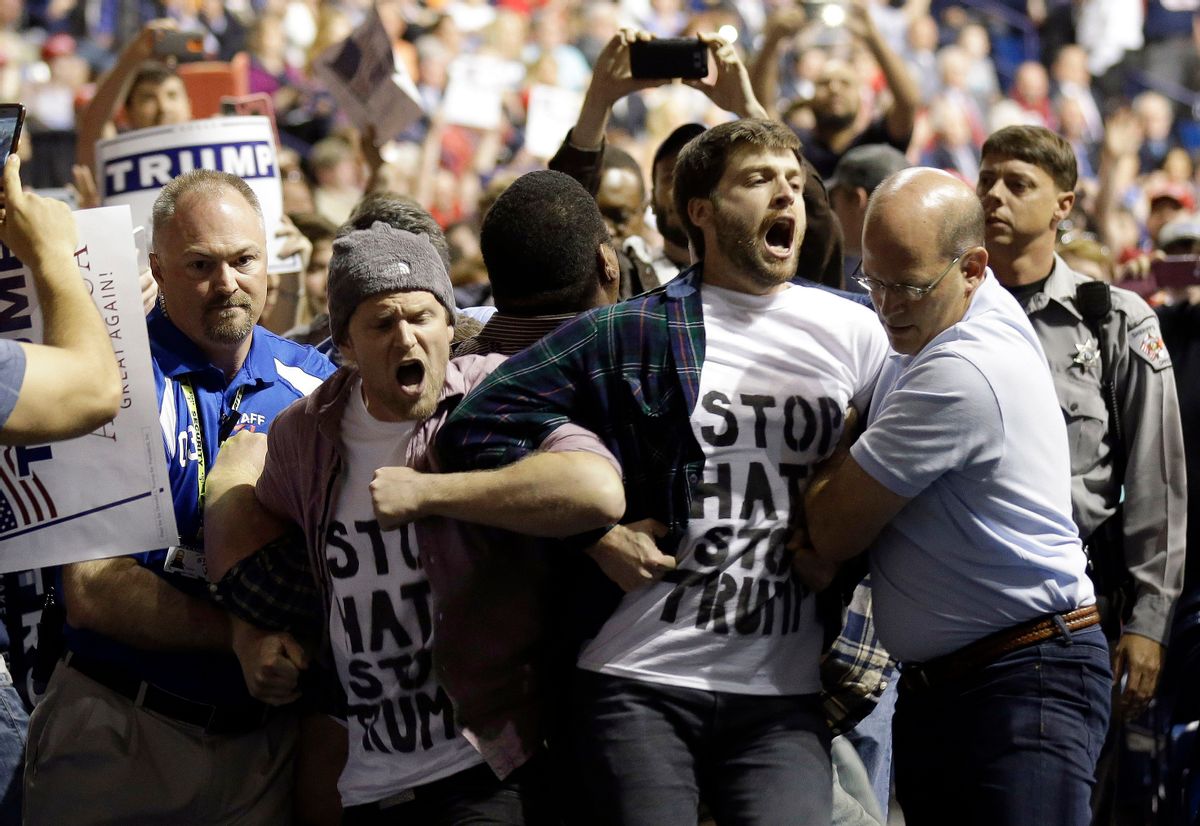 Donald Trump has adamantly denied responsibility for recent violence at his campaign events, but he may soon be held to account. Officials are weighing the possibility of charging Trump with inciting a riot after a protester was assaulted at a campaign rally in North Carolina last week, reports WRAL.com.

Trump was repeatedly interrupted by protesters during a March 9 event in Fayetteville, North Carolina.

Police removed demonstrators from the audience at least 18 times during his speech, with Trump riling an already agitated crowd. "See, in the good old days this didn’t use to happen, because they used to treat them very rough," said Trump at one point. "We’ve become very weak."

During the event, a man named John McGraw struck a black protester who was being removed:

McGraw was later charged with assault. Trump told NBC's "Meet the Press" on Sunday that he is looking into covering McGraw's legal expenses.

The Cumberland County Sheriff's Office is reportedly reviewing Trump's comments at the Fayetteville event and is considering whether to charge Trump with inciting a riot. "We are concerned about a number of things in that speech. We are concerned about activity associated with that speech," said Ronnie Mitchell, attorney for the Cumberland County Sheriff's Office. "That does not mean that we have decided to charge anyone."

Under North Carolina law, inciting a riot is a misdemeanor unless the disturbance causes serious injury or more than $1,500 in property damage, in which case it is a felony offense.