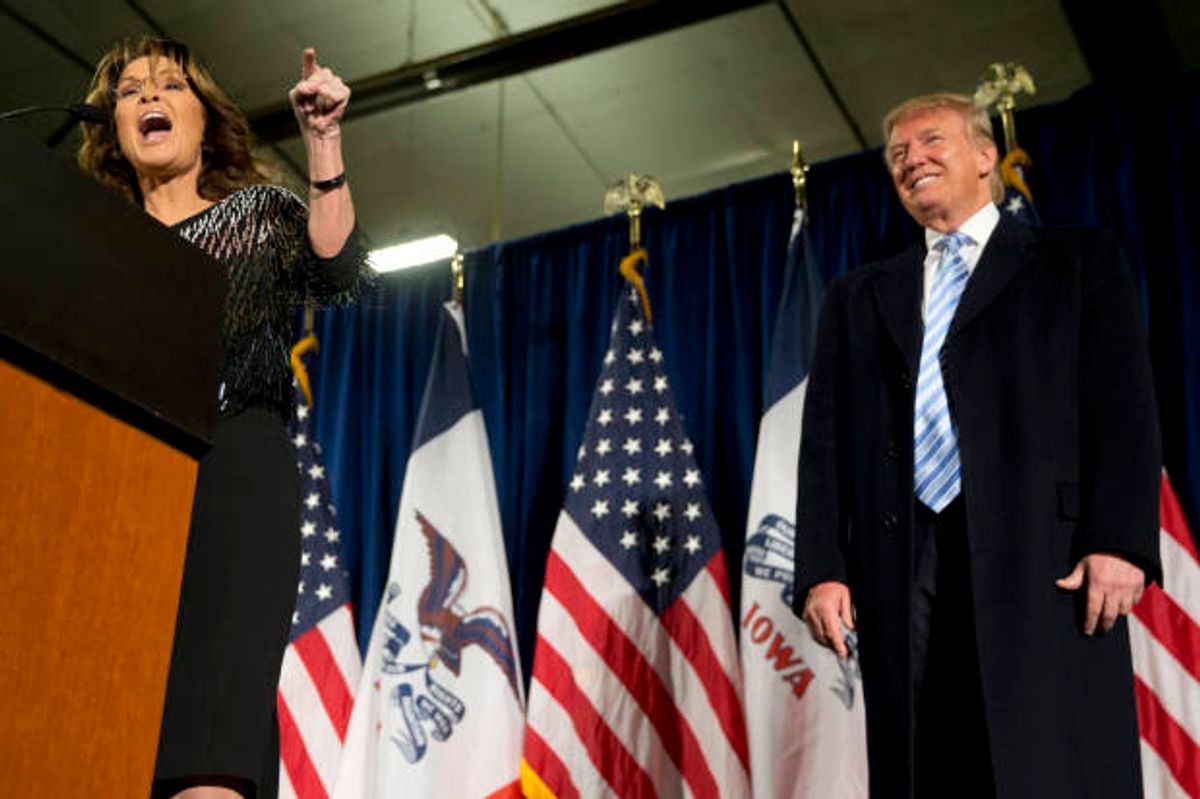 Sarah Palin was forced to cancel a series of campaign events on behalf of Donald Trump on Monday after her husband, Todd, was hospitalized in a snow mobile crash in Alaska.

The Trump campaign issued a statement Monday announcing that Palin was hospitalized Sunday after sustaining injuries and that the former Alaska governor cancelled her scheduled event at The Villages on Monday.

"Todd Palin was in a bad snow machine accident last night and is currently hospitalized. Governor Palin is returning to Alaska to be with her husband and looks forward to being back on the campaign trail soon. Mr. Trump's thoughts and prayers are with the Palin family at this time," the campaign's statement read.

Although, according to NBC News, Palin managed to stop by Trump's town hall in Tampa with also-ran and New Jersey Governor Chris Christie earlier on Monday.

According to CNN, Todd Palin was seriously injured in the crash on Sunday night and is in intensive care.