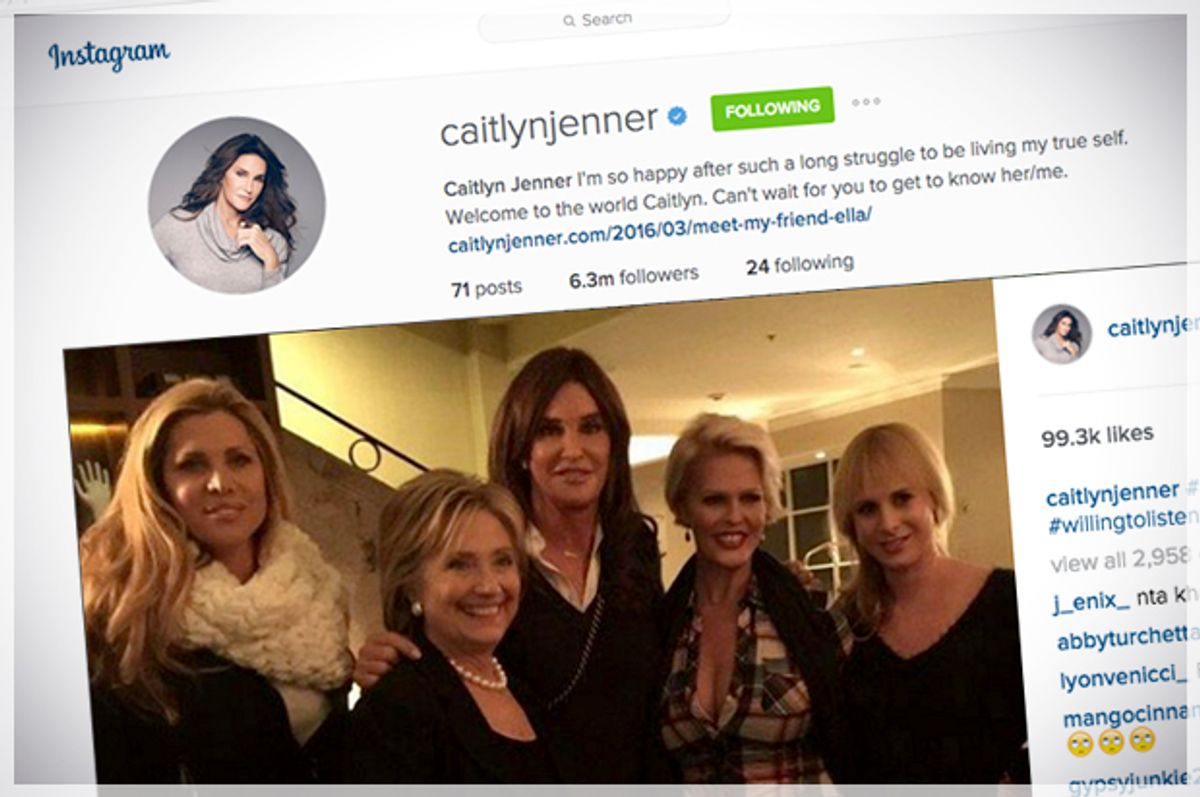 Caitlyn Jenner has apparently flip-flopped on Hillary Clinton, posting a picture with Clinton on her Instagram just days after ripping her on an episode of “I am Cait.”

A Clinton campaign source, however, told PEOPLE that the photo is from an Iowa event in January, after Jenner waited in the lobby of Clinton's hotel to get a picture.

Jenner, a lifelong Republican, had previously expressed desire to become Ted Cruz’s transgender representative and suggested, much to the dismay of her fellow transgender advocates, that Donald Trump "would be very good for women's issues."

In the episode of “I Am Cait” she said “I would never ever ever vote for Hillary. We’re done. If Hillary becomes president, the country is over.” It's unclear when the episode was filmed.

“You want a person that’s going to lie to you?” Jenner continued. “She’s a political hack. That’s all she is. She’s done nothing.”