The GOP's fatal Trump blunder: Myopic Republicans thought they could contain him, but they instead created the path for his rise 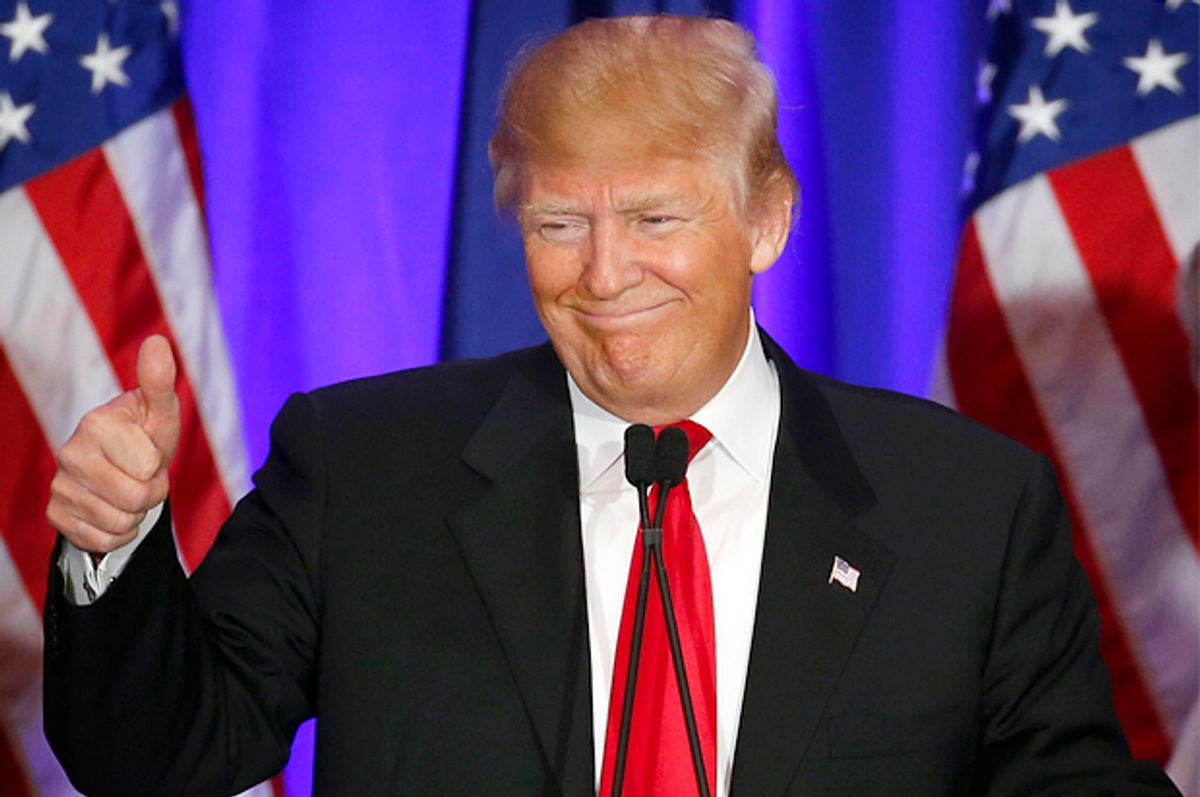 All megalomaniacs have in common a desire to be seen. A raging ego is weak in that way – it needs to be recognized, celebrated. Donald Trump is the Platonic ideal of a megalomaniac, and so it comes as no surprise that his presidential aspirations became deadly serious the moment he was humiliated in public.

As it turns out, the country has President Obama to thank (kind of) for the orange-tinted spectacle that is the Donald Trump campaign. According a New York Times report, it was at the 2011 White House Correspondents’ Association Dinner that Trump’s political fire was officially born. Obama delivered a banal speech that night, during which he took a few blithe jabs at the notoriously thin-skinned Donald. Things got — shall we say — serious after Obama's performance, with Trump leaving in a fit of childlike petulance.

“The annual dinner features a lighthearted speech from the president; that year, President Obama chose Mr. Trump, then flirting with his own presidential bid, as a punch line. He lampooned Mr. Trump’s gaudy taste in décor. He ridiculed his fixation on false rumors that the president had been born in Kenya. He belittled his reality show, ‘The Celebrity Apprentice.’ Mr. Trump at first offered a drawn smile, then a game wave of the hand. But as the president’s mocking of him continued and people at other tables craned their necks to gauge his reaction, Mr. Trump hunched forward with a frozen grimace. After the dinner ended, Mr. Trump quickly left, appearing bruised.”

And so it began.

For a narcissist of Trump’s caliber, this was a grave offense. It was an assault on his public image, his brand. These are unpardonable crimes in Donald’s universe, a universe of sycophants and artifice. “That evening of public abasement,” Haberman and Burns write, accelerated Trump’s “ferocious efforts to gain stature within the political world. And it captured the degree to which Mr. Trump’s campaign is driven by a deep yearning sometimes obscured by his bluster and bragging: a desire to be taken seriously.”

If Trump was only flirting with the presidency before that night, he was determined after it, if no other reason than to stick it to Obama and the press corps, neither of whom took him seriously.

Even the Republican Party failed to see what, exactly, was happening. Until Trump upended the presidential race a few months ago, most Republicans considered him a buffoon, a sideshow. They welcomed him inside their tent, accepted his contributions, and gave him a podium to stand in front of. Mitt Romney went so far as to stage a news conference to announce Trump's endorsement in 2012. But none of it was supposed to amount to anything.

“Repeatedly underestimated as a court jester or silly showman, Mr. Trump muscled his way into the Republican elite by force of will. He badgered a skittish Mitt Romney into accepting his endorsement on national television, and became a celebrity fixture at conservative gatherings. He abandoned his tightfisted inclinations and cut and six-figure checks in a bid for clout as a political donor. He courted conservative media leaders as deftly as he had the New York tabloids.”

For all their outrage, the Republican establishment has only themselves to thank for Trump. He seized on their incredulity, took advantage of the GOP’s media-industrial complex, and slowly destroyed the party from within. Obama lit the flame, but Trump was indulged, encouraged and promoted by the Republican Party.

The GOP foolishly believed they could contain Trump, or at the very least keep him quiet. Busy cashing his checks, they underestimated the depth of his appeal among their own base, which they spent years whipping into a frenzy with bogus culture wars and wild proclamations of America’s demise. Now he’s a Leviathan eating away at the body politic.

When the history of this election is written, Trump will be the protagonist and the GOP his accomplice. He’s their creation, their Frankenstein, their mistake. They should’ve turned him away, as the Democrats surely would have. But they didn’t, and now he’s everyone’s problem.