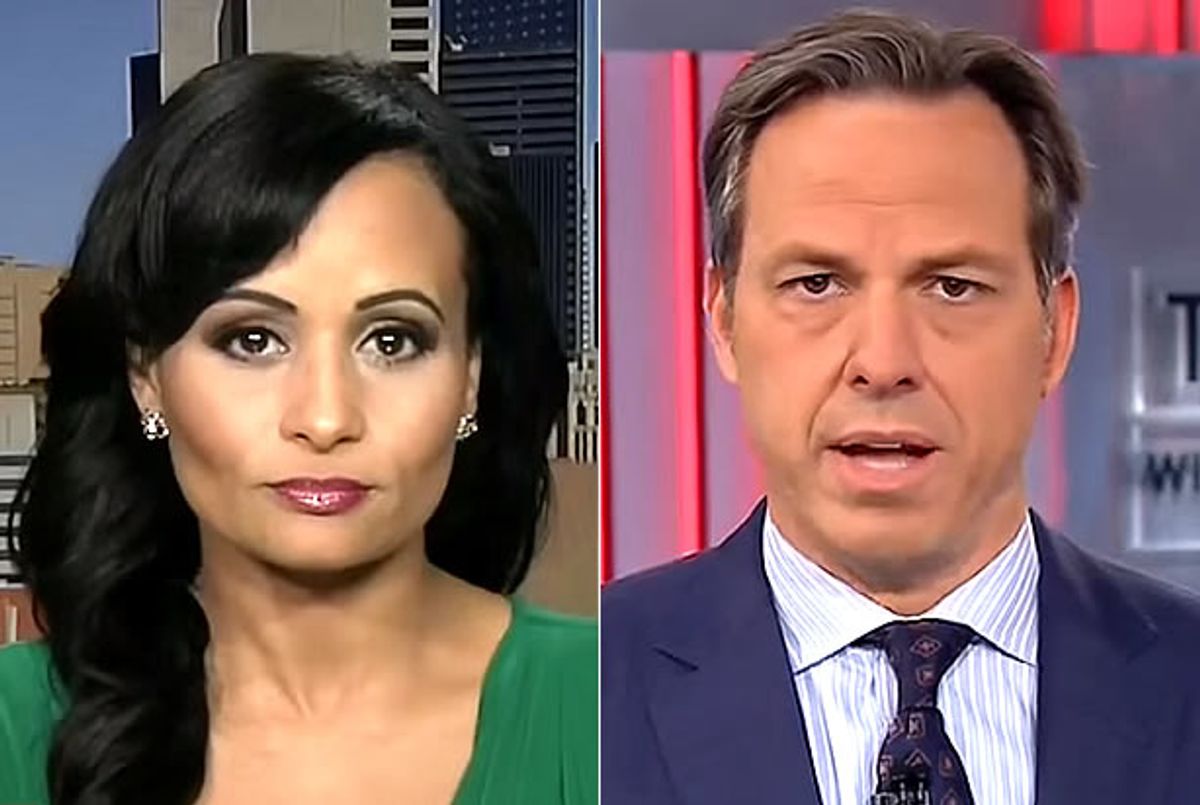 On CNN Monday, Donald Trump spokeswoman Katrina Pierson defended her employer's tendency to incite his followers to violence by claiming that no one attacked Barack Obama or Hillary Clinton when they quoted a famous line from the sixth highest grossing film of 1987.

According to Pierson -- whose theory of what constitutes "violent rhetoric" is both manifestly and ludicrously incorrect -- Trump talking about people leaving his campaign events on stretchers is the equivalent of Obama or Clinton quoting Sean Connery's line from "The Untouchables" about bringing knives to gun fights. (If that line was as incendiary as Pierson believes it to be, there would either have to been violence in theaters when the film was screened, or at future Obama or Clinton campaign events -- and, needless to say, neither turned out to be the case.)

But Pierson insisted "the media" should have taken the pair to task, and was incensed that it didn't. "Today, we have police officers called out to fake calls so that they can be ambushed and potentially assassinated," she said.

Tapper gently attempted to inform her that "the line from 'The Untouchables' about bringing a knife to a gun fight, people recognized that that was an allusion to Sean Connery's -- "

"I didn't!" Pierson shouted, lionizing her ignorance of American popular culture. "I didn't think so! I didn't recognize that! Absolutely not!"

"Well," Tapper said, "you should check out the film 'The Untouchables.'"

Watch the entire conversation below via CNN.