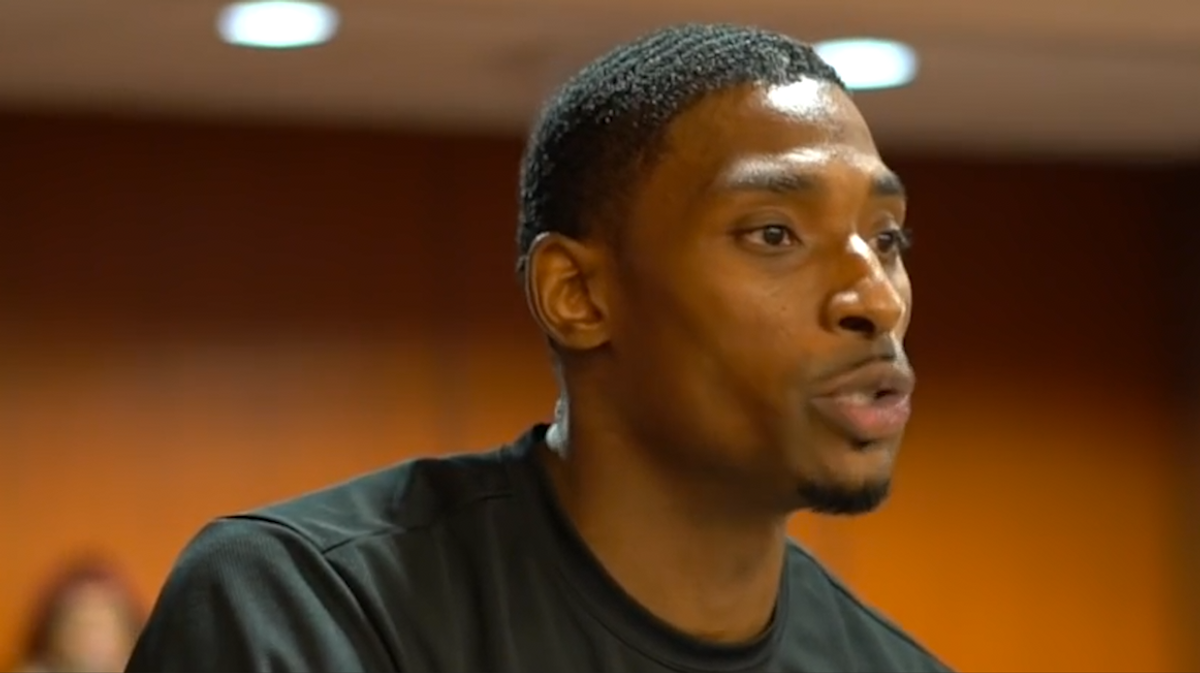 Marine Corps veteran Derrell Odom served two tours in Iraq and then went home to Atlanta, GA where he works at the local Kentucky Fried Chicken for $7.25 an hour. He calls cooking for people his "passion" and testified at the Atlanta wage board to raise his salary to $15.

Odom's plea for a pay raise reveals a contradiction for politicians who oppose raising the minimum wage but also vow to take care of vets.

Donald Trump said "our great veterans are being treated terribly" but also said a pay raise would not be possible under his presidency and that fast food workers need to "work harder."

"I came home from home from Iraq and this is my passion: I love to cook for KFC," Odom said. "I don't want my son to look at me like I'm something less because I have to work for $7.25."