Fox & Friends hosts go through stages of grief on air after Trump tells them he's skipping Fox News' next debate: "What's the point? Haven't we had enough?"

"Would you consider reconsidering?" a desperate Brian Kilmeade pleaded 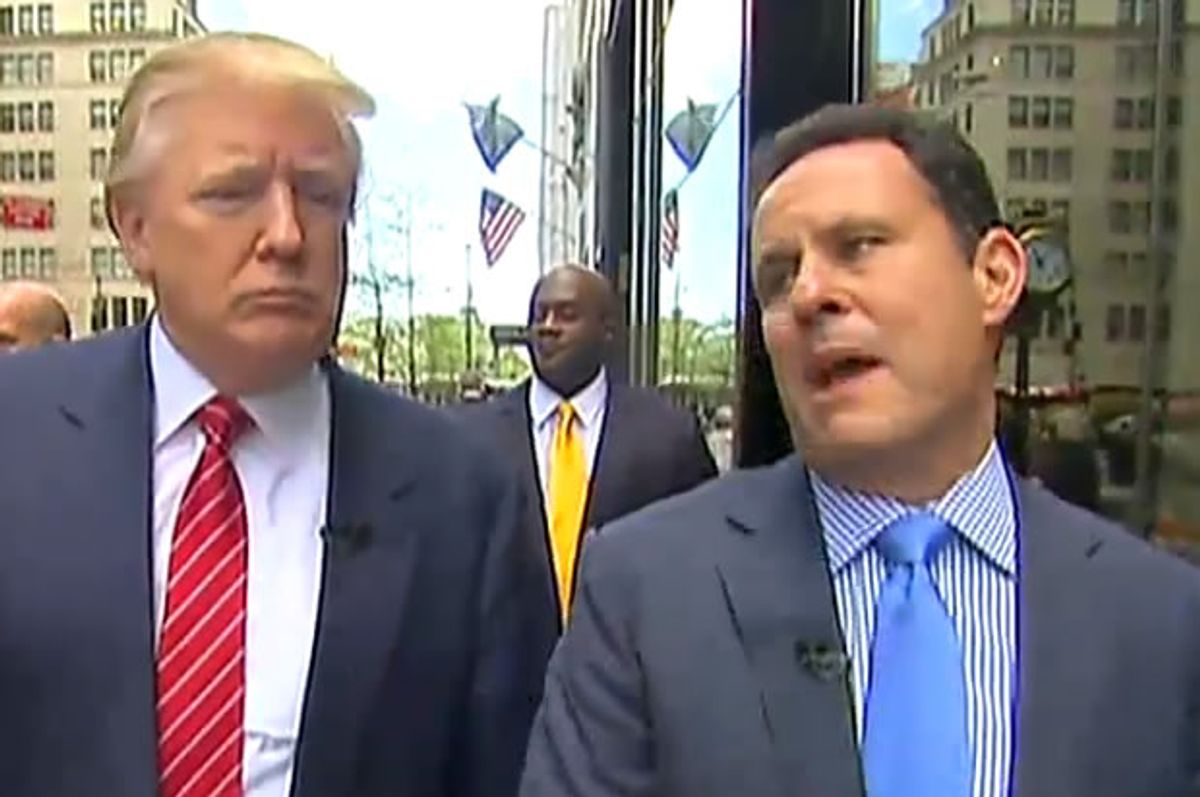 On Fox & Friends Wednesday morning, Donald Trump broke the blackened hearts of Brian Kilmeade, Steve Doocy, and Ainsley Earhardt by announcing that he would not be participating in the upcoming Fox News debate.

The anchors were quick to realize how scintillating a contest between Texas Senator Ted Cruz and Ohio Governor John Kasich would be, and proceeded to go through most of the stages of grief right there on live television.

"Would you consider reconsidering?" Kilmeade attempted to bargain.

"But the voters love them!" a depressed Earhardt added.

"You know who loves them?" Trump replied. "The networks," he answered, before asking the trio, "Haven't we had enough?"