Mike Huckabee on Hillary Clinton's "bitter, angry" victory speech: She spoke "like a person who's 'been somewhere'" 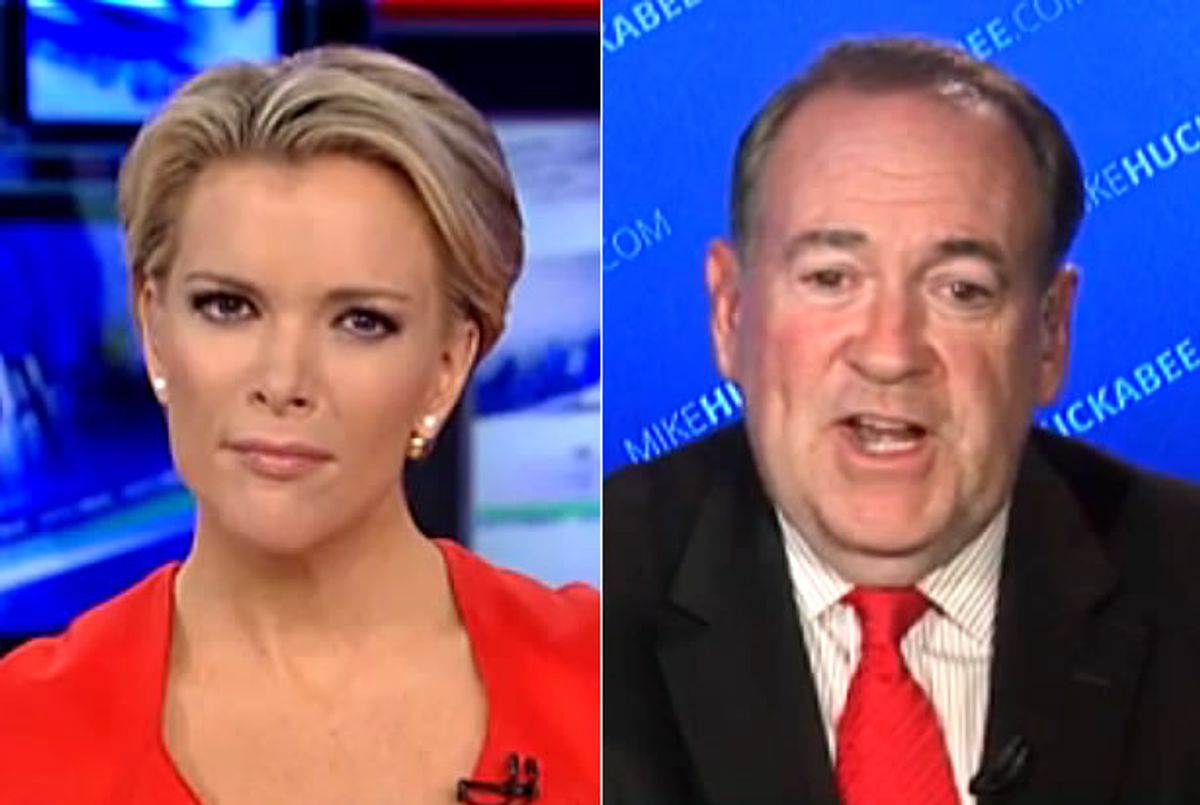 On The Kelly File Tuesday evening, former Arkansas governor and perpetual failure of a presidential candidate Mike Huckabee declared that the difference between last night's winners is that Donald Trump speaks "like someone who's going somewhere," whereas the "bitter, angry" Hillary Clinton sounds "like a person who's 'been somewhere.'"

He did not, of course, specify where that "somewhere" was -- he's a Southern gentleman and specificity is uncouth -- but it's clear it's not a place most Americans would like to go.

"Megyn, the reason I'm sitting here in this chair talking to you is that, like everybody else, I underestimated him and the connection he has with voters," Huckabee replied.

"And that's the problem the Democrats face now," Kelly said, "as he's unlike anything they've ever seen or dealt with before -- even the Clintons, with their playbook, don't know what to do with him."

"I think so," Huckabee said. "They're conventional politicians, but they're exceptionally rugged and ruthless -- I've run against their machine in every race I've run in Arkansas, and I've run against Donald Trump, and let me tell you, Hillary is in for the ride of her life if she has to take on Donald Trump."