On foreign policy matters, Donald Trump consults "with myself, because I have a very good brain and I've said a lot of things" 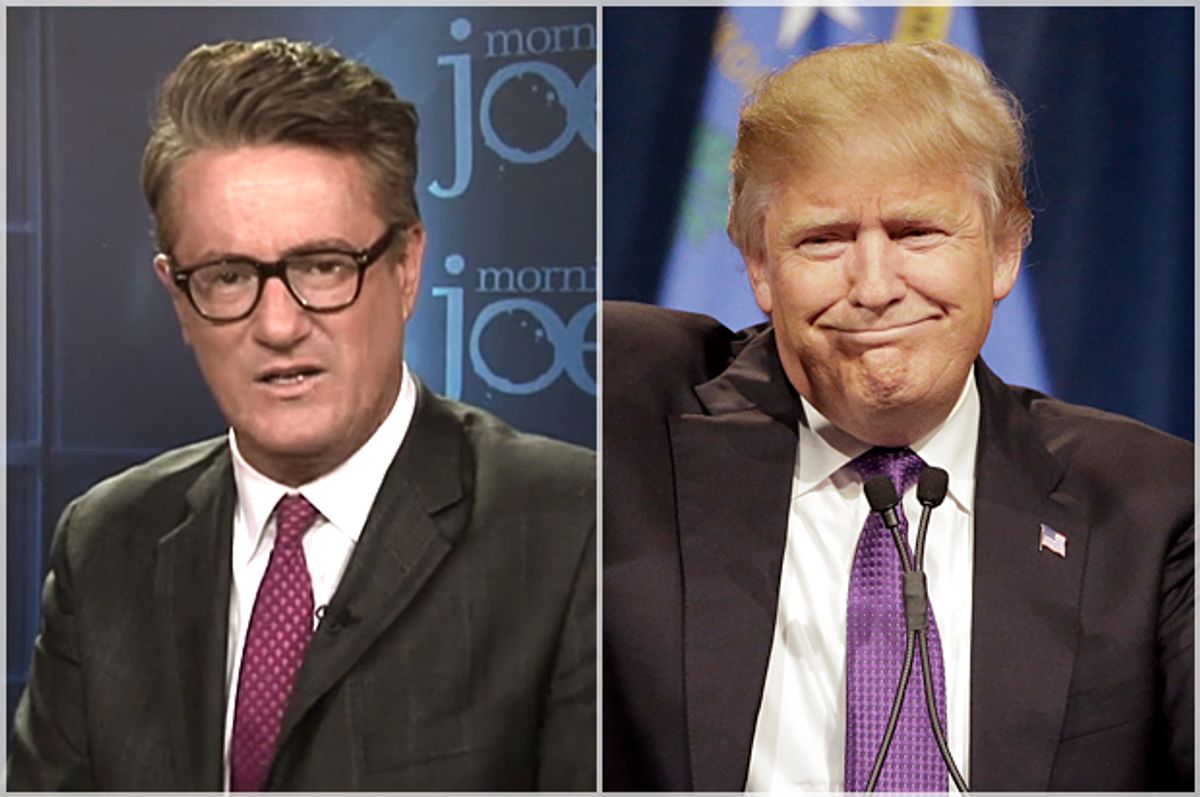 On MSNBC's Morning Joe Wednesday, likely Republican presidential nominee Donald Trump called in to inform co-hosts Joe Scarborough and Mika Brzezinski that he does, in fact, have a foreign policy consult, and that that consult has what Trump considers "a very good brain."

He was, of course, speaking about himself.

Having successfully said and unsaid, well, nothing, Brzezinski asked him "Who are you talking to consistently -- since we have some dire foreign policy issues percolating around the world right now, who are consulting with consistently so that you're ready on day one?"

"I'm speaking with myself, number one, because I have a very good brain and I've said a lot of things," Trump replied.