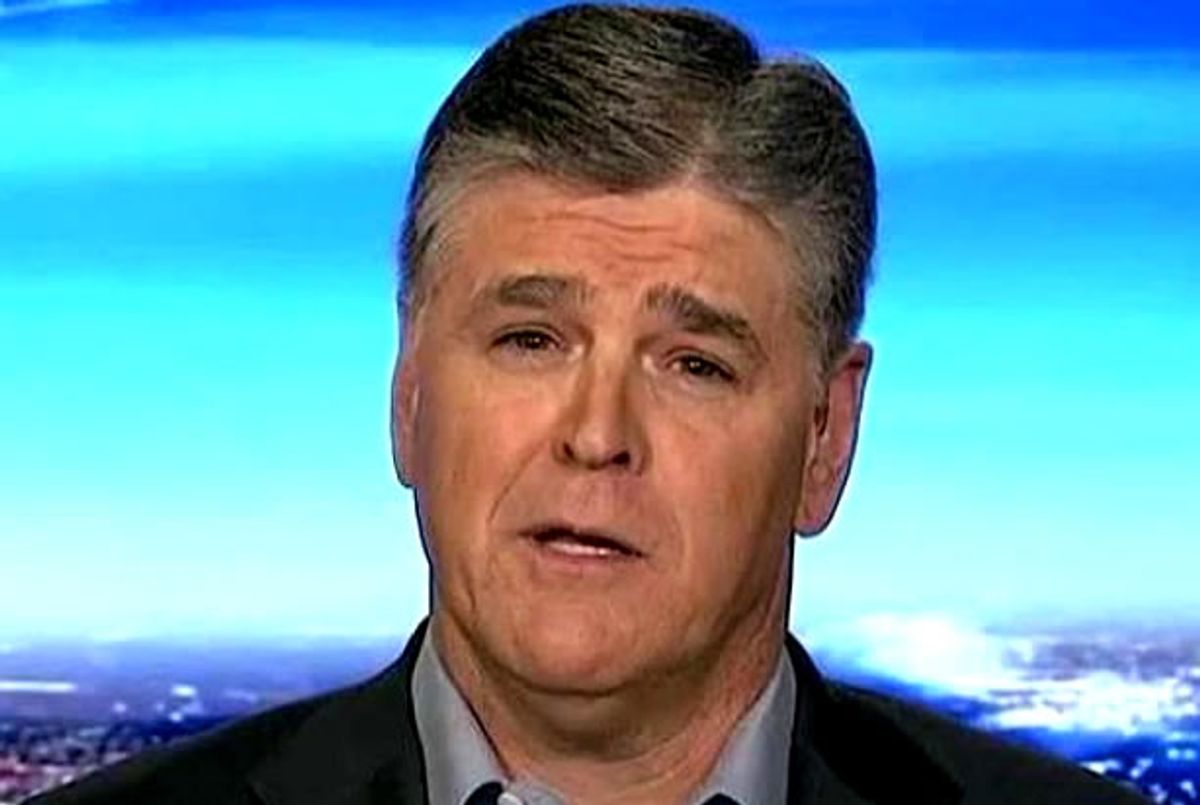 On Fox News Tuesday evening, Sean Hannity declared that at the Republican convention, "if the person who has the most votes and most delegates doesn't win, the supporters of that person are going to walk away quick," suggesting that any attempt to broker the nomination will cleave the party.

Bret Baier reminded Hannity that it's very possible that Donald Trump will not score enough delegates to win the nomination outright, and that even he will have to "negotiate for a few more delegates to get to 1,237, and Ted Cruz will likely battle his way there."

"Sure," Hannity replied, "but by objective standards" -- standards which, it goes without saying, Hannity knows nothing about and is only appealing to emptily here -- "there was only one candidate that competed in all states tonight, and that was Donald Trump."

He immediately contradicted himself, saying that Cruz was also competitive in three states, but that "John Kasich has won one race out of 29 states [and] that is not the path to the nomination." Not one to play his cards to his vest, he added that "the big story that has come out of the campaign so far is [that] the establishment is lost, and they have been beaten badly."

"Rather than being introspective" -- again, another concept to which Hannity can only emptily appeal -- "they are thinking of ways to make people even more angry, instead of realizing they caused a lot of what's going on here."