The curse of "inevitability": After Hillary Clinton's big wins, the media is already ignoring Bernie Sanders

Today, Hillary Clinton is the "presumptive nominee." But erasing Bernie Sanders from the campaign is a mistake 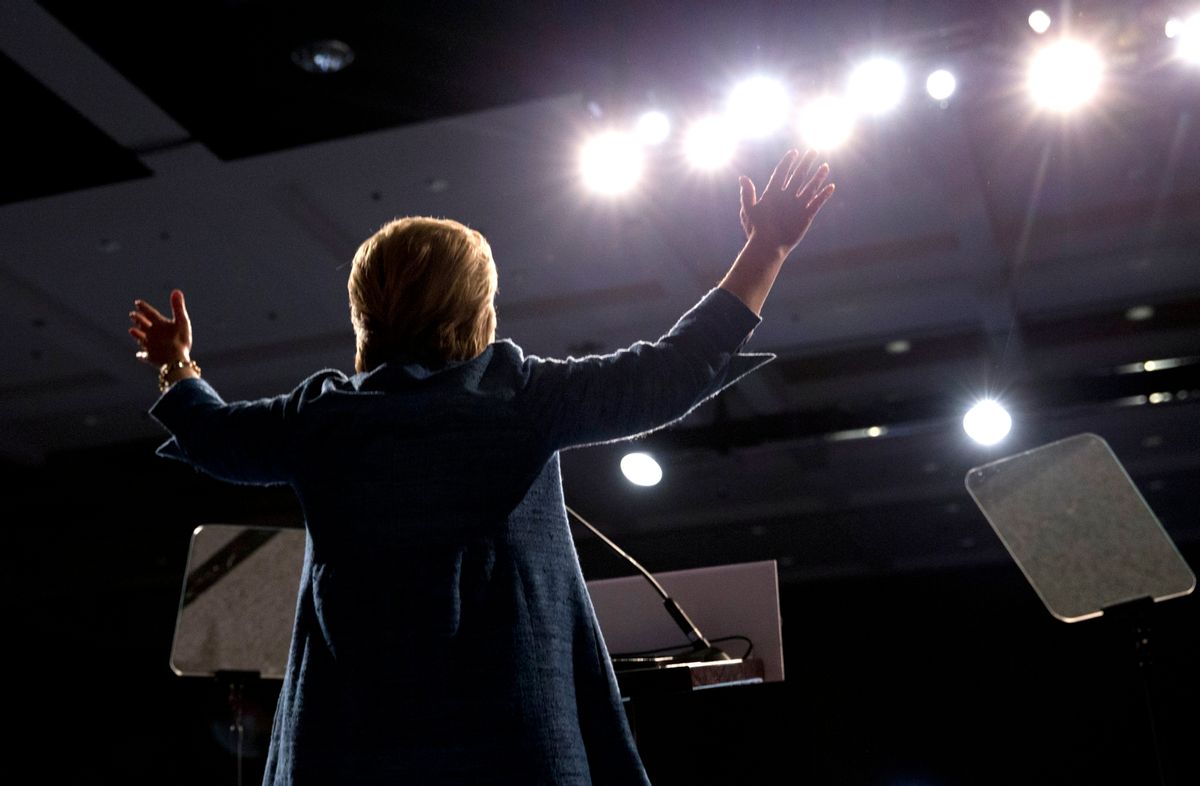 Bernie Sanders is still in the Democratic presidential primary race, but Hillary Clinton did her best on Tuesday night to pretend that he isn't.

Clinton used her election night rally to bask in her blowout victories over Sanders in Florida, Ohio and North Carolina, and ignore much closer races in Illinois and Missouri. She paid tribute to Sanders's "vigorous campaign," the kind of condescending line that translates into "I won and he lost." She noted that she has won more votes than anybody from either party so far—a valiant, if not particularly successful, attempt to cast her campaign as the kind of mass movement currently mesmerizing both the Democratic and Republican grassroots. And she spent a lot of time going after Donald Trump, the night's other big victor and the man who will be the Republican nominee if he can avoid being deposed at the GOP convention.

"Our commander in chief has to be able to defend our country, not embarrass it," she said. "When we have a candidate for president call for rounding up 12 million immigrants, banning all Muslims from entering the United States, when he embraces torture, that doesn't make him strong, it makes him wrong."

Leaving aside the fact that Clinton was recently seen literally embracing the chief architect of America's torture policies, it was a clear glimpse into the kind of argument she intends to make against Trump should she face him in a general election. It was also an implicit message to Sanders: I've stopped even caring about you.

This is a classic pivot that frontrunners try to make, a signal that they're so confident about having wrapped up their own party contest that they can turn their focus to the other side.

Clinton is being helped in this endeavor by the electoral calendar and by the historic meltdown in the Republican Party. (Whatever happens, the Democratic elite can breathe easily in the knowledge that the party remains broadly intact, unlike the Donner Party taking place across the aisle.) She's not debating Sanders any time in the foreseeable future. The upcoming primaries and caucuses are in small states that won't get too much attention. She can relax for a while and focus on not making insanely terrible comments about AIDS, instead of worrying about Sanders.

Sanders gave his own speech in Arizona; he didn't mention the election results. Whatever chance he had to counter Clinton was hampered by the fact that his speech was given exactly zero seconds of coverage on any of the three cable news networks. He was the only candidate, Democrat or Republican, to be so thoroughly ignored by the media, which focused instead on John Kasich's fleeting moment of glory in Ohio, Marco Rubio's inevitable demise in Florida, and another one of Donald Trump's patented fascist lounge singer monologues. Anyone interested in hearing what he had to say needed to turn to C-SPAN or Twitter.

Sanders has plenty of money and plenty of support. He has a real base within the Democratic Party. He will keep winning states. He has had a seismic impact on the 2016 race. But his biggest battle now will be to overcome the twin forces of establishment pressure on him to drop out and a loss of media interest in his candidacy. Both forces were in evidence on Tuesday. Sanders and his supporters will be told repeatedly that the time has come to unite behind Clinton, that the primary race is done. Trump is an exceedingly dangerous candidate on just about every level; the clamor to craft an opposing message to him as early as possible will get louder and louder. The lack of media attention will only grow. It will be a very high tide for Sanders to swim against.