Megyn Kelly: “I do wish that O’Reilly had defended me more in his interview with Trump”

While Trump tweets that the Fox News host is "crazy," her colleague continues to host him for cozy chats 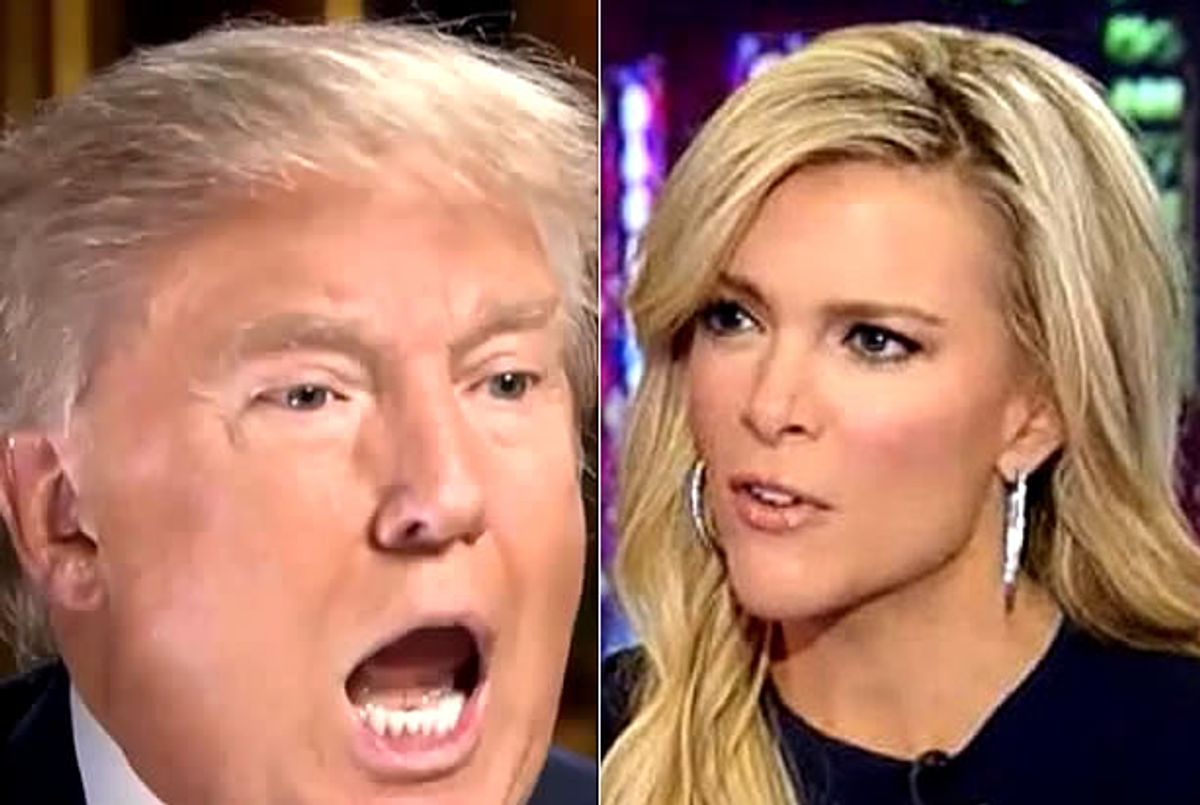 Arguably the biggest primetime host on inarguably the biggest cable news network, Megyn Kelly has centered Fox News' evening lineup for years and has garnered glowing profiles in glossy magazines for just as long. Kelly's most recent feature comes in the latest issue of More, complete with glamour shots and a glimpse into her thinking as the nation's loudest carnival barker continues to singles her out for derision.

In the new interview, the Fox News host revealed that she is disappointed that her colleague Bill O'Reilly failed to defend her during his repeated interviews with the billionaire bloviator.

"I do wish that O’Reilly had defended me more in his interview with Trump. I would have defended him more," Kelly said. In particular, O'Reilly interviewed Trump about his decision to skip the Fox News debate in Iowa but failed to ask him even one question about his treatment of Kelly, whom he referred to after the August debate as a "bimbo."

“Jealousy is an ugly emotion, Bill,” Kelly once reminded Bill-O when he complained that a New York Times profile of Kelly was a "puff piece."

Kelly also admitted that as much as she as tried to avoid Twitter, the intense harassment she's received from Trump supporters for months has negatively impacted her. “Honestly? People think I’m fearless. But I’m human,” she told the magazine.

Still, Kelly said, she has received some words of support from the likes of Dr. Phil, who reached out shortly after Trump assailed her during the first Fox News debate and Trump's subsequent anti-Kelly temper tantrum to remind her to "enjoy the ride." Kelly also said that she draws on Margaret Thatcher, who she named her youngest son after, for inspiration in dealing with Trump.

“I’ve been thinking about that Margaret Thatcher quote where she said something like, ‘I love when they attack me personally because it means they don’t have a political argument left,’” Kelly said.

In the interview conducted the night of Fox News debate in Iowa back in January, Kelly said she was proud the cable news giant did not "cave" to Trump and continued the debate without him.

"The result in Iowa, to the extent it damaged Trump’s fortunes, as Trump believes it did, will hopefully serve as a lesson to other politicians that they bully the media at their own peril," Kelly said. "It’s always fun to beat up on the moderators in the press — I get that — but there is a boundary one should not cross, and hopefully this helped define where it is."

Trump, for his part, responded to Kelly's comments as expected: