If it sounds like she's suggesting "Black Lives Matter" should also "get over" racism — well, it is Fox News 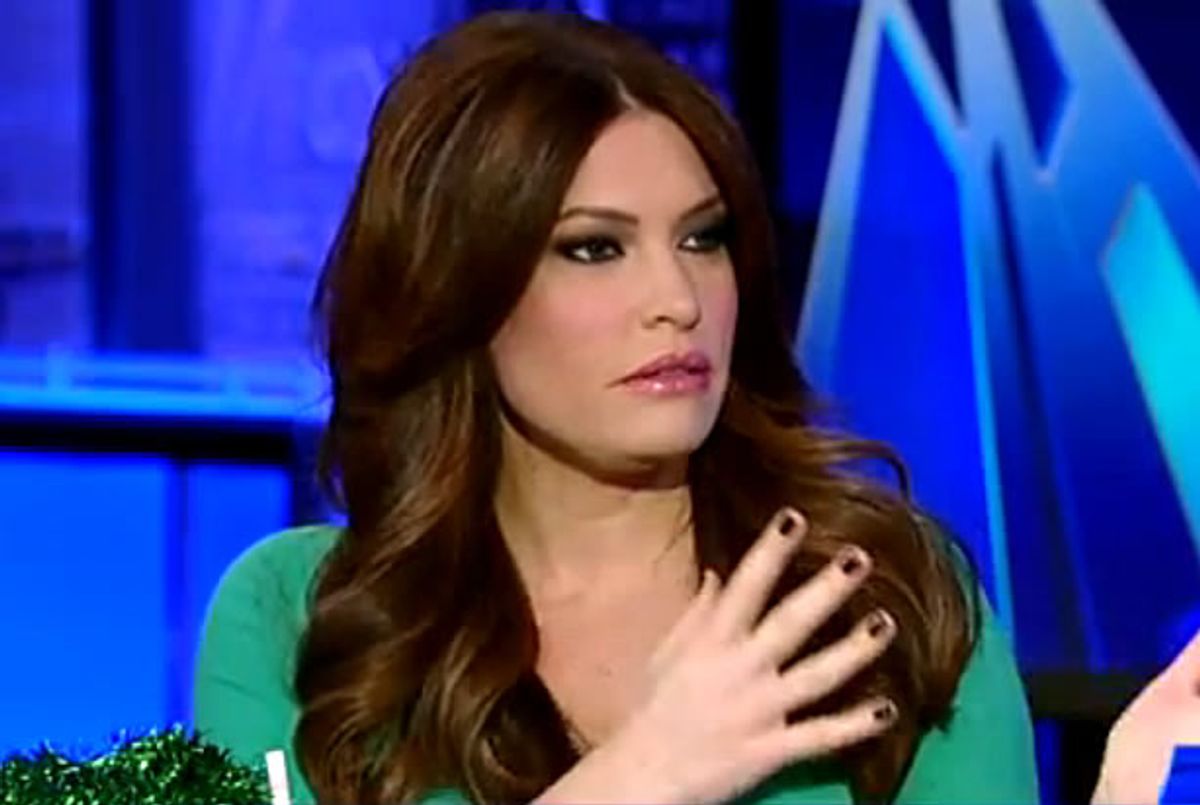 On Fox News' The Five Thursday, co-host Kimberly Guilfoyle attacked her fellow panelists for offering, abstractly, that Irish-Americans could be offended by the fact that for many of their countrymen, St. Patrick's Day is simply an excuse to celebrate the most denigrating stereotypes about late-19th and early-20th Century Irish immigrants.

Greg Gutfeld opened by noting, without criticizing, the double-standard, saying that "if you throw a Mexican party, like a fiesta and wear a sombrero, you're in big trouble -- a Cinco de Mayo party, for example. But you can do whatever you want and actually use stereotypes that are kind of damaging."

"The idea that for St. Patrick's Day, people go out and get wasted, is kind of a damaging stereotype, but nobody cares because you can't use it as a position of like punishment," he continued. "Like you can't, on campus you can't condemn St. Patrick's Day because nobody will listen to you because they're too busy having fun."

Juan Williams jumped in, saying that the anti-Irish stereotype was damaging for the better part of a century -- it's not as if classic academic studies with titles like "How the Irish Became White" or "Working Toward Whiteness" exist, after all -- and that it was something "the Kennedy brothers held to heart forever."

He was attempting to add that it was at "the root of the immigration reforms of 1965" when Guilfoyle -- who professed to love Ireland and St. Patrick's Day, but only learned that morning that St. Patrick was English, not Irish, or why the holiday was even celebrated -- cut him off.

"But the Irish got over it," she said. "They don't run around going, 'Irish Lives Matter.'"

Williams ignored her, pointing out that he's not offended by Irish mascots like "the Fighting Irish" or the phrase "getting your Irish up" because the Irish themselves don't seem to be.

"If they were, would you be against them?" Eric Bolling asked.

Guilfoyle ignored this entire exchange, and followed by announcing that she once had "a very cute Notre Dame cheerleading costume that [she] decorated with little shamrocks."