GOP SCOTUS obstructionism already beginning to crack: Illinois Republican calls on his colleagues to “man up and cast a vote" 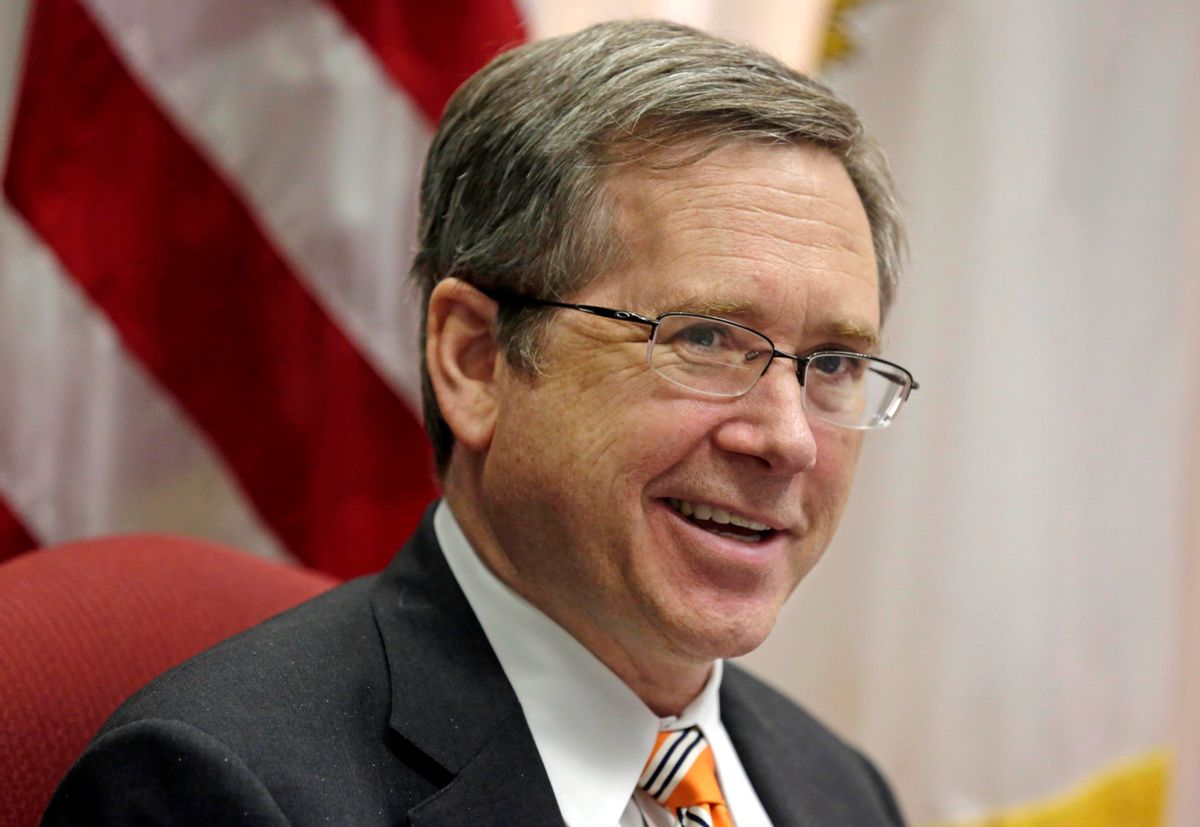 FILE - In this June 9, 2014 file photo, U.S. Sen. Mark Kirk R-Ill., speaks in his office in Chicago. Kirk is making national security a prime focus of his bid for a second term. Its a strategy that has historically worked well for the GOP, particularly at times when voters are on edge about the countrys safety, as many are now. He faces Democratic U.S. Rep. Tammy Duckworth in the November election. (AP Photo/M. Spencer Green, File) (AP)
--

Senate Majority Mitch McConnell may remain as steadfastly committed to GOP obstructionism today as he was the night of President Obama's inauguration, however, only two days after a Supreme Court nominee was named by the White House, it is clear that some of his Republican colleagues are not as committed to the anti-Obama at-all-costs strategy their leader has employed for years -- at least not in a tough election year.

Illinois Republican Senator Mark Kirk is the first to break ranks and not only agree to meet with President Obama's selection to replace recently deceased Justice Antonin Scalia, Merrick Garland, but to call on his colleagues to do their jobs, stop refusing to even hold a hearing on Garland's nomination and “man up and cast a vote."

Kirk, who is in a tough re-election battle against Iraq veteran and Democratic Congresswoman Tammy Duckworth, made his comments during an interview on Illinois radio show "The Big John Howell Show" on Friday.

Noting that the Garland, the Chief judge of the United States Court of Appeals for the District of Columbia Circuit, is a Chicago area native, Kirk said that he was "open to talking to him."

“We should go through the process the Constitution has already laid out," Kirk said. Asked about his leadership taking a reflexive position of obstruction moments after Scalia's death was announced, Kirk called on them to at least consider Garland's nomination.

“[J]ust man up and cast a vote. The tough thing about these senatorial jobs is you get ‘yes’ or ‘no’ votes. Your whole job is to either say ‘yes’ or ‘no,’ and explain why”:

Kirk's comments come after Senate Judiciary Chairman Chuck Grassley budged a bit from his earlier do-nothing position and agreed to at least meet with Garland this week. Majority Leader McConnell, of course, couldn't bother to meet with Garland and called him to tell him to not bother paying him a visit on the Hill shortly after Garland was announced as the nominee on Wednesday.

"If I can meet with a dictator in Uganda, I can surely meet with a decent person in America," Grassley told CNN on Thursday, however, after two former Iowa lieutenant governors, one Republican and one Democrat, called out the senator's blatant hypocrisy on judicial nominations.

“[T]his is not the Chuck Grassley we thought we knew," Sally Pederson, the Democrat, told the Huffington Post. Along with Republican Joy Corning, Pederson has formed Justice Not Politics, described as a "nonpartisan coalition [that] represents tens of thousands of Iowans who think courts should be free of political and financial influence."

“You voted in favor of Iowa’s constitutional amendment that took campaign politics out of Iowa’s judicial system,” Corning said of Grassley during a press conference in Des Moines this week meant to pressure the Chairman into holding hearings. Every single Supreme Court nominee in the modern era has received a Senate hearing. Croning recalled a 2014 interview in which Grassley bragged about his vote as a state lawmaker to prevent political parties from nominating judges. “You express great pride in that vote, and I quote, ‘It was a very forward-looking thing to do what we did 50 years ago.’”

“Throughout your career, Chuck, you have been a fair-minded, common-sense consensus builder,” Corning went on. “Refusing to fill the Supreme Court vacancy is none of those things.”

Still, so far, Grassley is holding firm on his refusal to hold hearings even though he'll meet with Garland. Grassley admitted to CNN that with the increased public pressure it is "pretty hard to say no" to a meeting with Garland, but added, "I want to make it clear that the message we told him on the phone yesterday -- I will tell him face-to-face."

A new poll out Friday shows that almost half of all Republicans want Garland to received a hearing from the Senate Judiciary Committee, while one third oppose any hearings.