My journey to justice: I toured prison systems around the world looking for ways to improve our own

If we truly want to change the American prison system, we must accept that no country has a monopoly on innovation 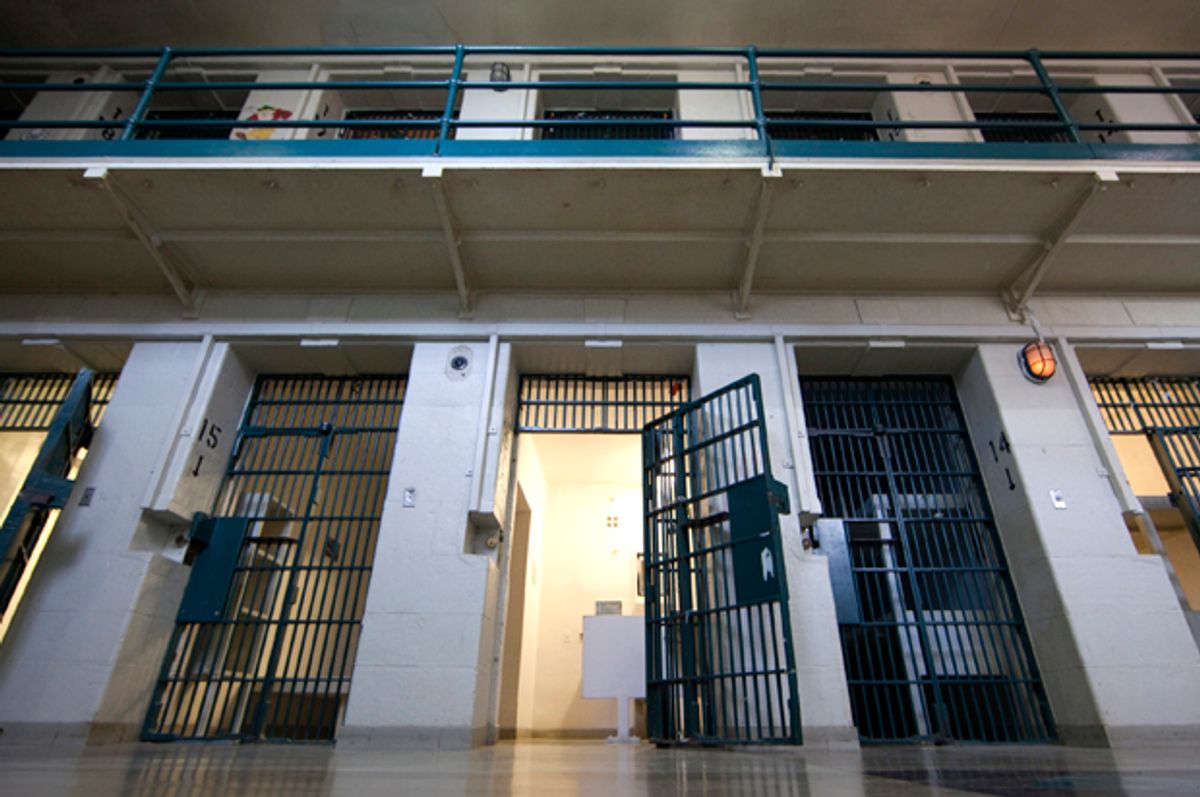 I am haunted by a TV ad I saw in Singapore. It features a young, melancholy-looking man in shirt and tie going about his daily business, a forlorn-sounding hum in the background. We see him taking the crowded commute to a corporate job, perched meekly at the boardroom table, numbly pushing a grocery cart down the supermarket aisle. But all the while he’s lugging around a cumbersome ball and chain, hindering him at every turn. A single statement finally appears onscreen: “Help ex-convicts lead a normal life.”

Responsible for the ad is the Yellow Ribbon Project, a public relations-driven venture devoted to assisting Singaporean people returning from prison. I’d arrived in the country in 2013, near the end of my journey through prison systems around the world, in order to glimpse its innovative approach to prisoner reentry.

Yes, I said innovative approach. Surely this surprises you. “Singapore” is, to most minds, hardly synonymous with “progressive approaches to justice”; quite the contrary, its allegiance to draconian punishment runs deep. One can earn a hefty fine there for posting the wrong thing on Facebook or eating fetid Durian fruit on the metro; one can be caned for thirty different crimes, a practice that made international headlines in 1994, when visiting American Michael Fay was subjected to the brutal punishment for vandalism and theft. “Warning: Death for drug traffickers under Singaporean law,” read my landing card.

Yet still, Singapore is also home to SCORE, the Singapore Corporation of Rehabilitative Enterprises, a government entity with a 99 percent success rate in finding jobs for formerly incarcerated people. Thanks to job coaches and collaboration with human resources departments, the organization boasts that 59 percent of those “emplaced,” as they call it, retain their jobs for at least six months after release. This is radically different from our shores, where roughly half of formerly incarcerated people remain jobless up to a year after release, and surveys show that employers are not shy about overtly discriminating against people with criminal records in ways they might hesitate to do with regard to factors like gender, age, or race.

Singapore is also home to the Yellow Ribbon Project, with its hefty scholarship fund available to the formerly incarcerated, job bank with more than 3,800 employers and more than one thousand community partners. They campaign to promote the acceptance of formerly incarcerated people in mainstream culture by putting out TV spots like the one I saw and producing smart billboards and print ads, like one featuring a photo of a man leaving the prison yard and the words, “He’s already served his time. But will you still be passing judgment?” They hold regular promotional events such as concerts, film screenings, and fashion shows, have published poetry books and music albums, hosted prison art exhibits, developed a cell phone app, and distribute millions of yellow ribbons for people to wear, signifying support for the formerly incarcerated. The organization’s name is a reference to the Tony Orlando song about tying a yellow ribbon around an oak tree to commemorate one away at war, and it’s meant to suggest a rich parallel: returning veterans are akin to returning people from prison, as both have survived trauma and thus need extra help to restart their lives as civilians.

I left Singapore acutely reflecting on America’s reentry crisis and, specifically, its impact on the incarcerated and formerly incarcerated students I work with as Founding Academic Director of John Jay College’s Prison-to-College Pipeline program. Would that my students had a nationwide SCORE-like entity to find them jobs after release. Would that the US had a PR campaign around mass incarceration with as much impact as the Yellow Ribbon Project’s, capable of changing hearts and minds about our addiction to punishment. And would that we could boast of more top-level executives who contribute to prison-related causes and commit to hiring formerly incarcerated people, like the CEO who sat across from me at a YRP fundraising lunch inside Singapore’s main Prison.

There is an irony in all of this wishing, and it is among the most powerful lessons I learned by visiting prisons around the world: Profound justice can be hard at work in the most unlikely of locales. Across the globe, broken systems are generating avenues for progressive reform. It’s time to start paying attention to them.

America, it seems, is finally beginning to tackle the legacy of punishment and human warehousing coldly captured by the term “mass incarceration.” The statistics are now widely known: We are the world’s largest jailer, with 2.3 million people behind bars. With five percent of the world’s population, we’re home to nearly 25 percent of its prison population. One in 31 adults, or seven million, is under some form of correctional control; more African Americans are under criminal supervision today than were enslaved in 1850. Up to 25 percent of the adult prison population suffers from mental illness, and while our country considers juveniles too immature to vote or buy alcohol, we deem them mature enough to live in adult prisons, where one in ten is sexually assaulted. We are one of just nine countries who punish via both life sentences and the death penalty.

There has been talk from all sides about how to start cleaning up our incarceration mess, and global examples are sometimes trotted forth as models. But these examples almost always come from the likely suspects: the Netherlands, Germany and Norway. Indeed, Europe and America invented the modern prison system, so it’s fitting that we labor to clean up the global mess we’ve made. If we truly want to make change, we must broaden our scope of vision and recognize that no country has a monopoly on innovation. A global problem cannot come without global solutions. That progress can live where most do not bother to look demands that we open our eyes, widely.

In South Africa, for instance, where the prison system is notoriously brutal—in 2011 there were forty-seven suicides and murders behind bars, and the corrections department owed billions in damages to prisoners and former prisoners, mostly for assault and rape—I spent time in the infamous Pollsmoor Prison, built for 4,500 people but now home to nearly double that. The furious Numbers Gangs have the run of the place and there is one social worker for every three hundred or so prisoners. But what I saw there was rich with possibility: a restorative justice program run by a formerly incarcerated Pastor and his wife, in which incarcerated men and women grappled with their violent actions, reflected on ways in which they’ve also been victimized, and tried to make amends to victims.

For a week I sat at a table inside Pollsmoor with a group of incarcerated men, admitted gangsters belonging to different Cape Town generations. I was part of the process that allowed them to confront trauma and guilt, and, on the final day of the program, put their week of soul searching to the test by facing those acutely impacted and victimized by their deeds: their families. Hardened gangsters collapsed, bawling, in their mothers’ arms. Fathers confess love for sons they never really knew. Tattooed faces grew puffy and damp. It was a cleansing ritual like nothing I’d ever witnessed—a sliver of progress in a modern-day inferno.

On the other side of the world, months later, I co-led a drama workshop inside a women’s prison in Thailand, where some 21,000 of the 25,231 convicted women in prison are in for drug charges, about 18,000 of them serving at least twenty years. Prisons are brutally overcrowded across Thailand but for incarcerated women the situation is especially dire: Most come from economic, educational, and social disadvantage; they did not know the harsh law when they broke it, and could not afford lawyers to defend them. But the prisons I worked in had been taken over by the Kamlangji Project, an NGO founded by the Princess of Thailand. They were utterly unique miniworlds, a cross between a military camp and a women’s retreat, at which every incarcerated woman was at all times engaged in some positive program, whether art classes, yoga therapy, computer workshops or job-skills training. From the rubble of shattered families, Kamlangji managed to piece together a sisterhood—a commune and fragmented family, rife with cracks and haphazardly glued together, yes, but still a kind of family.

During my travels I even found a pocket of progressiveness in a place that is, to anyone even a tad forward-thinking, anathema: private prisons in Western Australia, the country holding the world’s largest proportion of prisoners in private facilities. Driven by bottom lines, private prisons go to dramatic lengths to maintain control of taxpayer dollars and human lives, spending millions on lobbying and campaign contributions to ensure that policies remain punitive. But at the privately managed Wandoo Reintegration Facility, I saw something powerful at work: What was once a run-down juvenile remand center is now a facility for males aged eighteen to twenty-four, a vulnerable age group, legally old enough to be housed with adults, but young enough to be victimized and dangerously impacted by them.

The place was more like a campus than a prison, with intensive case management, a strong reintegration focus, a city council-like governing system and a robust work release program. “You get asked, not told, to do things here,” one resident—they’re not called “inmates”—told me. I left Wandoo pained by the fact that many of my Prison-to-College Pipeline students might have spent their time in a prison like Wandoo, had such a thing existed on our shores. Instead, because New York is one of only two states sentencing even sixteen- and seventeen-year-olds to adult facilities, they landed in adult prisons, many of them for crimes that add up to little more than adolescent foolery or coming from deeply dysfunctional family settings.

In Australia, too, I visited a “pre-release center” for incarcerated women, a facility designed to intensively, humanely prepare them for returning to the community from the moment they enter it. I spent time in a similarly impressive, thoughtfully designed pre-release center in Singapore, too, and it was during this visit that a thought hit me with devastating force. Has my own country found itself mired in a system of incarceration so broken and so inhumane that we need to turn to a place like Singapore—perhaps the epitome of draconian justice—for guidance? That is a terrible irony, indeed.

Excerpted and adapted from "Incarceration Nations: A Journey to Justice in Prisons Around the World," by Baz Dreisinger, © 2016, Other Press.