America's broken healthcare has fallen off the radar. Here's why we can't afford to let that happen

After several months where Martin Shkreli and healthcare reform were hot topics, the issue has receded from view 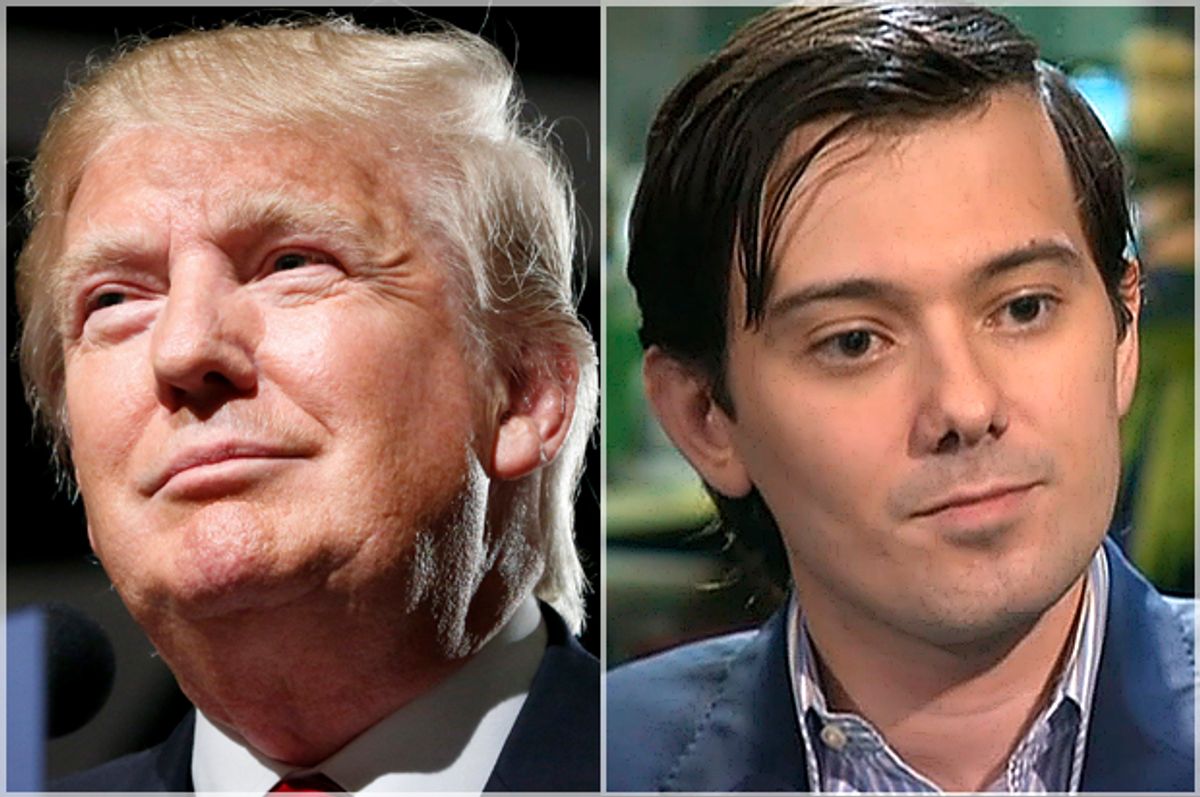 “I don’t mean to be presumptuous, but I liken myself to the robber barons.” -- Martin Shkreli

Last September, when so-called “pharma bro” Martin Shkreli was revealed to be the CEO of a drug company that had increased the price of a 62-year old medicine commonly used by AIDS patients by more than 5,000 percent, Republicans and Democrats had finally found something to agree on. What followed was bipartisan disdain for the former hedge-fund manager. Donald Trump remarked that Shkreli looked like a “spoiled brat,” while Hillary Clinton said that if he was going to try to gouge American families “for no good reason” -- as if there is any good reason -- then she was going to hold him “accountable.”

A few months later, after Shkreli had been indicted for securities fraud, the most hated man in America was called to appear before the most hated institution in America. Both Republican and Democratic members of Congress scolded the former executive, who invoked the fifth amendment throughout with a smirk, and later tweeted that he couldn't believe “these imbeciles” represented the American people (a slight that would have sounded quite reasonable coming from anyone other than Martin Shkreli).

It was a political exhibition, put on by self-absorbed politicians hoping to score points by assailing the number-one villain of the year. Of course, watching members of Congress — Republic members, no less — feign outrage at such callous greed is kind of like watching Donald Trump acting surprised that his rallies have become violent. Shkreli, while no doubt deserving of the scorn he has received over the past few months, is just a minor-league player in the big con that it is modern American medicine — a con that politicians in Washington has long served obediently.

Of all the industries in America, the one that Shkreli represents spends by far the most on political lobbying — more than $3 billion between 1998 and 2015 — and also tends to be the most profitable. These distinctions are hardly coincidental. In 2015 alone, the pharmaceutical industry spent nearly a quarter billion dollars on lobbying — with the insurance industry coming in a distant second; during this same period, drug prices in America increased by about 10 percent.

Of course, drugs are already two-to-six times more expensive in the United States than elsewhere around the world, where prices are directly or indirectly controlled.

When Shkreli defended his price gouging by claiming it was for “research and development,” he was simply repeating the traditional Big Pharma excuse for its exorbitant profiteering. While the process of drug development is unquestionably expensive and risky, the majority of companies tend to spend considerably more of their profits on marketing and advertising than research. In 2013, the biggest spender, Johnson & Johnson, spent $17.5 billion on marketing, compared to $8.2 billion on R&D.

Now, it is easy to blame the greed of one person, such as Martin Shkreli, or even one industry for the massive costs of healthcare in America, which remains one of the unhealthiest country’s in the developed world. People need a villain to point a finger at. Unfortunately, the real villain isn’t something or someone you can point your finger at; it’s not an executive or a corporation, but the very system that modern medicine has been founded on, where public health and welfare is subordinated to the cause of making of money.

As with the American economy at large -- best described as corporate capitalism -- healthcare is considered a commodity rather than a public good, which consequently leads to sickness being treated solely as a source of profit by various industries. Big players in this profit-obsessed social order do not want a healthier society, but one full of hyper-consumers who have been convinced that a pill — rather than diet, exercise, therapy, or any kind of lifestyle change — can solve every perceivable health problem, whether real or, especially now, imagined, thanks to a steady diet of pharmaceutical fear mongering.

Unsurprisingly, the United States is one of only two major countries that allows drug companies to advertise directly to consumers. (The other being New Zealand.)

And for all the good Obamacare has done — increasing the number of insured, eliminating pre-existing condition exclusions and annual/lifetime caps — it did not challenge the corporate capitalist model in the least. Sadly, a more robust version of reform wasn’t politically viable; insurance and pharmaceutical lobbying went to work, and Congress couldn’t even manage a public option.

Carl Boggs, professor at National University, summarizes this sad state of affairs in his outstanding book, “Drugs, Power, and Politics: Narco Wars, Big Pharma, And The Subversion of Democracy:”

“The practice of medicine in the United States since World War II cannot be understood without discussing the rapid growth of a labyrinthine corporate network — hospitals, clinics, institutes, universities — combined with an even larger ensemble of business interests: Big Pharma, insurance companies, finance, energy, food, agriculture, and the chemical industry. This corporate empire amounts to the most costly, bureaucratic, and commodified medical system ever created — a system in which failure and iatrogenesis are built into its very modus operandi...While people suffering from chronic illnesses can spend tens of thousands of dollars for drugs and hundreds of thousands more for hospital stays of a few weeks, CEOs and hospital executives, Big Pharma and insurance firms make huge profits and salaries...amass[ing] private fortunes from human misfortune and suffering...With trillions of dollars spent by a public inundated with advertising, fearful of alternatives, and anxious to find ready fixes, life expectancy in the United States ranks fiftieth among nations — and overall health indicators are no more flattering, placing it near the bottom of industrialized countries.”

Unfortunately, the feasibility of truly fixing American healthcare has only declined since the passage of the Affordable Care Act, thanks to years of partisan propaganda and misinformation (e.g. death panels, government takeover, etc.). According to Gallup surveys, the number of Americans who believe the government should ensure that “all Americans have healthcare coverage” has declined from a high of 69 percent in 2007 to 51 percent in 2015 (with a low of 42 percent in 2014). Still, an extensive survey done by the non-partisan Kaiser Family Foundation last year found that 73 percent of Americans believe that pharmaceutical companies make too much in profit, 72 percent deem drug costs unreasonable, and a wide majority support various policies to limit costs (such as authorizing Medicare to negotiate with drug companies). While Obamacare may still be a partisan issue, there is widespread disapproval for a system based so aggressively on making a profit.

Which brings us to reform (something that only Democrats take seriously). In the Democratic primary, the healthcare debate has been generally framed as a realism vs. idealism dispute, with Hillary Clinton’s plan to “build” on Obamacare promoted as a flawed but realistic strategy by the mainstream media, and Bernie Sanders’ single-payer plan — a plan that would help get to the root of the problem — considered ideal but politically implausible. The problem is, both of their plans are implausible in today’s political climate. Without a broad progressive movement that confronts the entire corporate state, healthcare will remain one of the many sectors corrupted by stock options and returns. Only when the billionaires who buy politicians, the Wall Street bankers who write their own regulations, and the Big Pharma lobbyists who make or break legislation are challenged will individuals like Martin Shkreli truly represent a few bad apples.