"I didn't come here tonight to pander to you": Trump gets warm response after pandering, after all, in AIPAC speech

Despite a rumored walkout by protesters, Trump gets a positive reaction and standing ovation from the AIPAC crowd 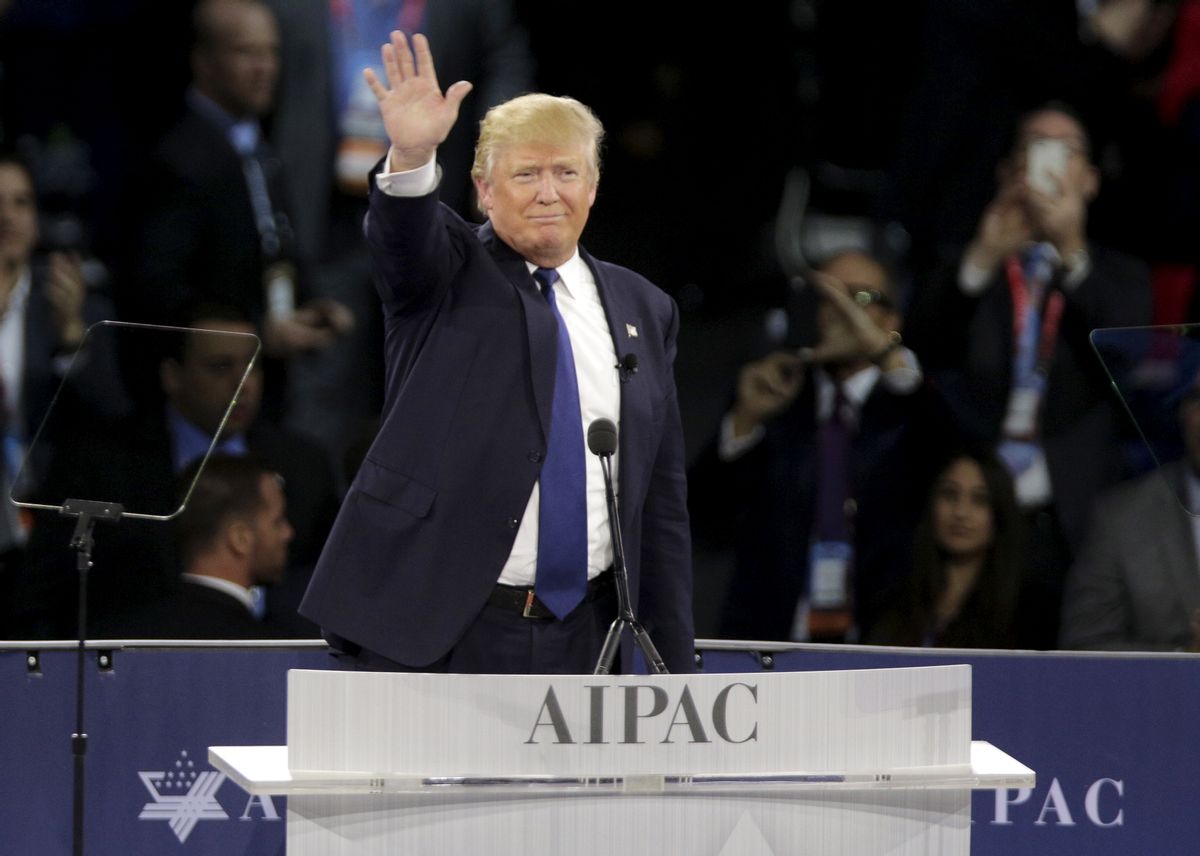 Speaking with the aide of a teleprompter at AIPAC Monday evening, Donald Trump managed not to offend Jewish voters with a prepared speech "about where I stand on the future of American relations with ... the only democracy in the Middle East, the state of Israel."

Reports prior to Trump's speech rumored of a walkout in protest. In actuality, the walkout was, at most, marginal.

Trump received a standing ovation for his comments on President Obama, who he said, "constantly applies pressure to our friends and rewards our enemies."

"My No. 1 priority is to dismantle the disastrous deal with Iran," he said. "We have rewarded the world's leading state sponsor of terror with $150 billion and we received absolutely nothing in return."

Trump characterized Palestine as the undisputed antagonist, saying that, "In Palestinian society, the heroes are those who murder Jews."

A contentious point that Trump managed to squeeze into the final sentences of his speech called for moving the American embassy in Israel from Tel Aviv to Jerusalem to "send a clear signal that there is no daylight between America and our most reliable ally, the state of Israel." Ted Cruz also advocated moving the embassy to Jerusalem during his speech, which followed Trump's.

Read the full text of the speech here.