"Pick a president that is going to set a good example, a good role model to your children" 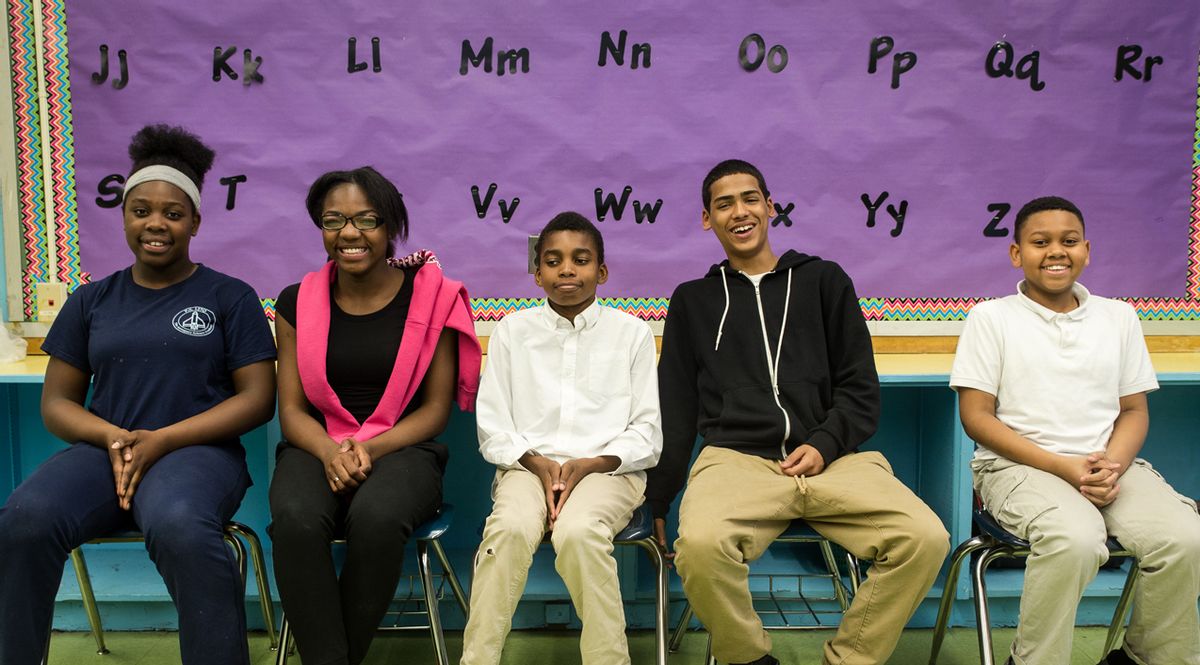 We sat down with five New York City middle school students who are genuinely worried about a possible Donald Trump presidency.

"I'm scared of losing my family and my friends," Jalen, 12, said. Jalen was referencing Trump's proposed policies on immigration. Another student, Corey, 12, worried that a Trump presidency would undo some of the civil rights progress the U.S. has made in the last half a century.

"I feel like he's bringing us back to what we had that Martin Luther King already fixed," he said.

The students took a break from their P.S. 127 arts & literacy after school program to candidly talk about their fears for their country if Trump were to win the general election. They also debated serious issues such as racism, leadership and war — and somehow still left us smiling at the end.