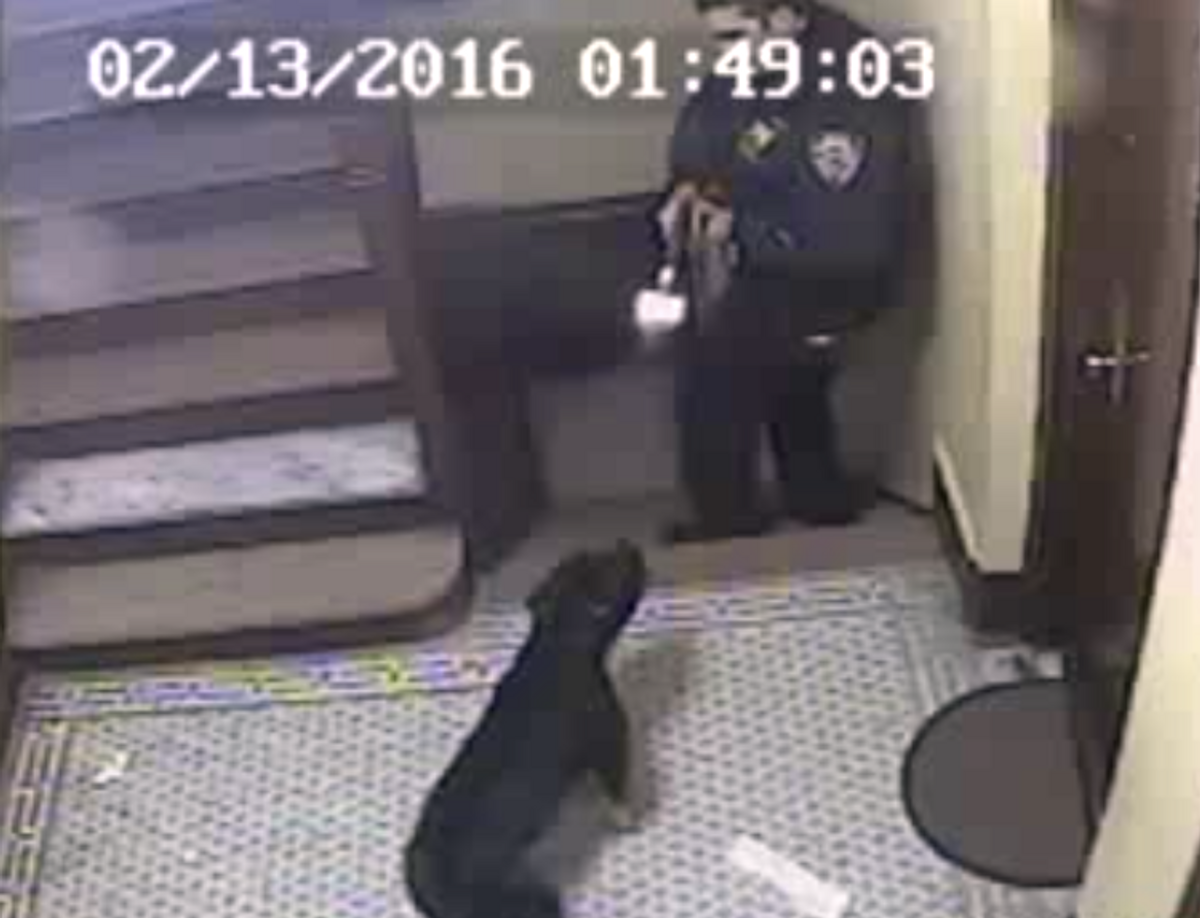 The owner of a dog shot and killed by a police officer in a Bronx apartment building says she tried to tell the officer her dog was harmless just before he opened fire on her pet. "The officer just reacted badly," said Yvonne Rosado, the dog's owner, according to the New York Daily News, which broke the story.

The Daily News reported that two police officers were responding to a domestic violence call at Rosado's neighbors' apartment in the early morning hours of Feb. 13. Rosado's dog, Spike, slipped into the building's stairwell when Rosado opened her door to investigate the commotion. Video shows one of the officers drawing his gun and backing away as Spike approaches, wagging his tail. Moments later, the officer shot and killed the dog.

“I was screaming, ‘He’s friendly! He’s friendly!’ But he still did that to my dog,” Rosado told the Daily News.

“What if he had missed the dog and shot my daughter?” asked Irma Sue Santiago, a resident of a neighboring apartment whose child was standing steps away from the dog. Santiago told the Daily News that the officer was not in danger when he discharged his weapon.

Rosado told the New York Post that the officer did not apologize for the incident: “He was just cold and callous. He treated my dog as if he was old furniture being thrown away.”

Rosado has filed a notice of claim for a possible lawsuit against the city and also plans to file a complaint against the officers. “The incident is being reviewed by our Force Investigation Division and the findings will be subject to a firearms discharge review board,” the NYPD said in a brief statement.

Embedded below is graphic security footage of the incident acquired by the Daily News: