Wait, did Ben Carson really mean this?!? In criticizing Obama, bemoans that "we’re not willing to declare war on Islam" 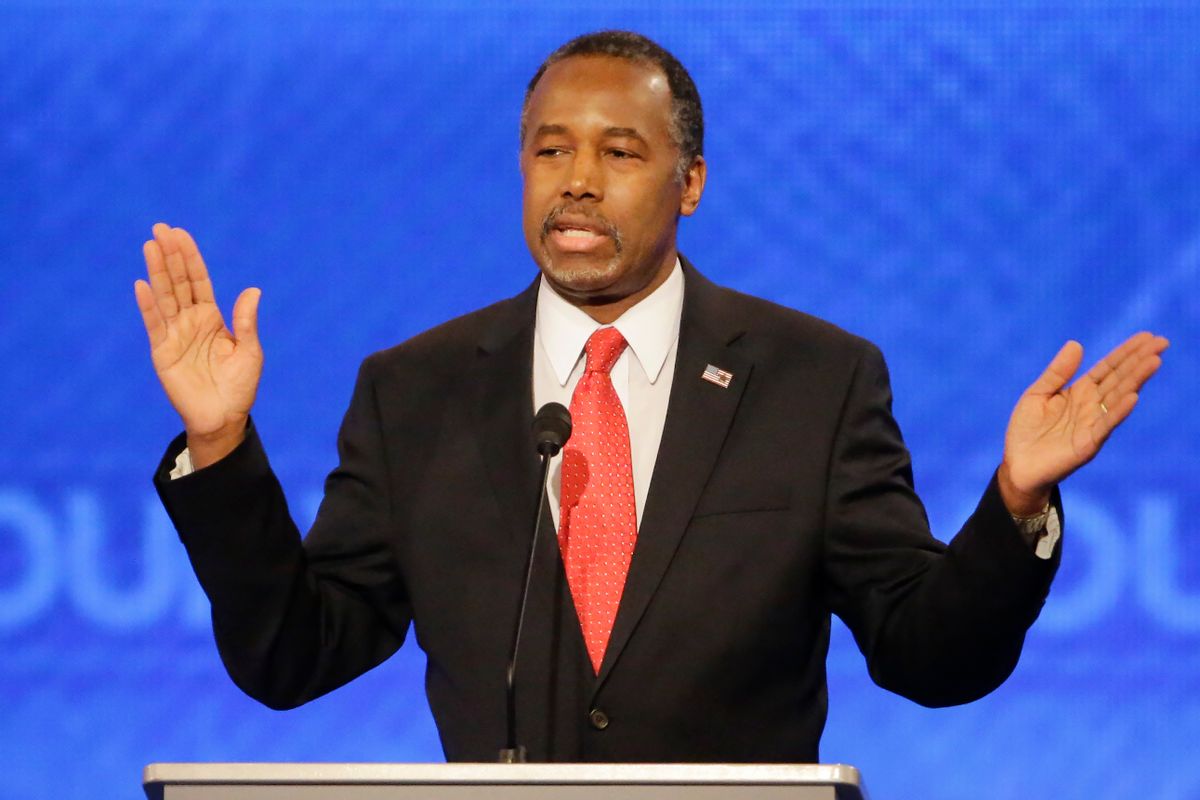 While making an argument about going after "radical Islam" on Fox News' "Your World," Ben Carson went a step further, saying to host Charles Payne:

"We’re not willing to declare war on Islam and look at our immigration policies and our visa policies, all of these things are things that are putting the American population in jeopardy, and there’s no sense of seriousness here."

Carson's gaffe was first noted by Newshounds. While it's possible he just misspoke, considering his past bizarre positions it wouldn't be surprising if he really felt that way.

Carson, whose own advisers have admitted he’s completely clueless on foreign policy, has previously called on “all the Arab states” to help in the fight against ISIS when asked, “Which ally would you call upon?” He also predicted he would be a much more successful leader than ex-Secretary of State Hillary Clinton, because, "I talked to Henry Kissinger."

Charles Payne did not ask Carson to clarify as to whether he meant Obama should declare war on “radical” Islam or if Carson thinks Obama should just declare war on Islam as a whole. This despite the fact that in December, polls by CBS, NBC, and ABC found that more than half of Americans opposed Donald Trump's proposed ban on Muslims entering the U.S.

In the interview, Carson also claimed that "Islam is not a religion, it's a lifestyle that doesn't allow the separation of religion from politics."

Watch the entire interview below: