A message to the media and GOP elites: You didn't build that. Here's who's really responsible for Donald Trump 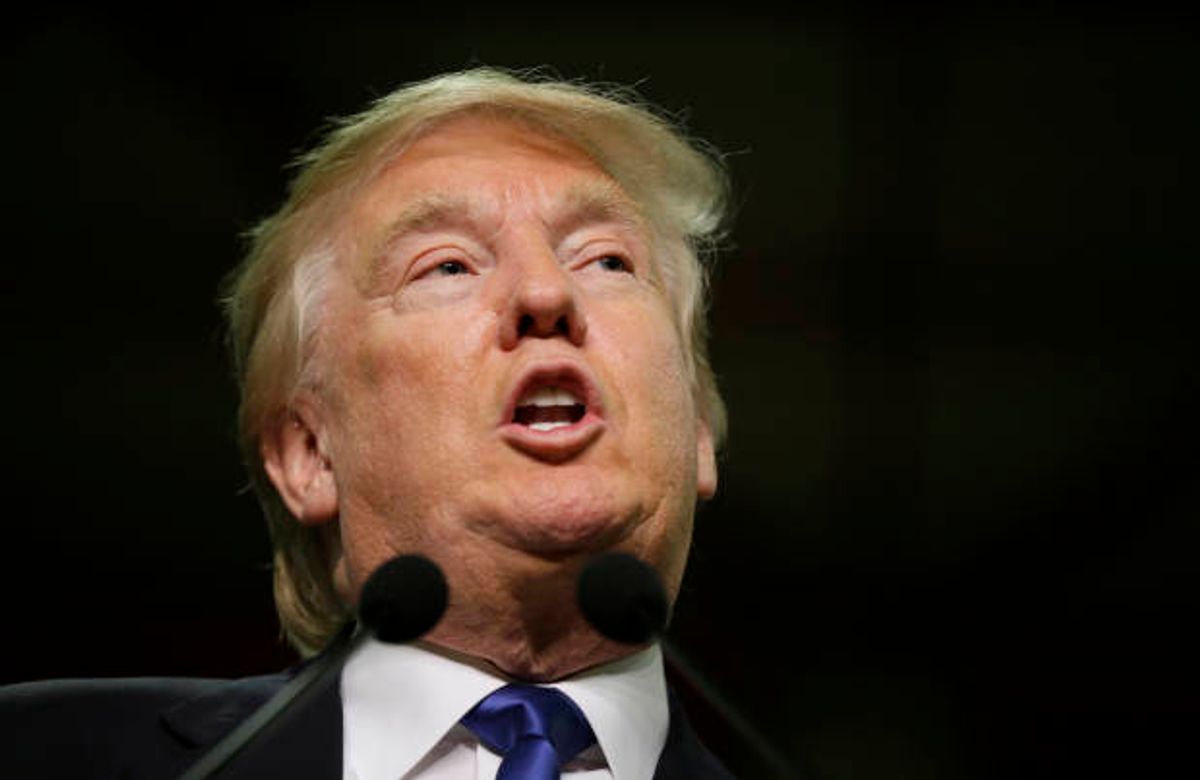 Over the weekend, thanks to a self-lacerating column from Nick Kristof of The New York Times, a significant number of media people devoted a significant chunk of their time to doing what media people do best: thinking, talking, and writing about themselves.

The ostensible motivation behind this navel-gazing was to reckon with the Donald Trump phenomenon, and to take stock of how much of it, if any, could be described as the media’s “fault.” Nearly everyone agreed that the media hasn’t helped the anti-Trump cause. But beyond that, I saw no firm consensus.

And, to be fair, I played my part, too, offering the kind of nuanced and sophisticated take that you generally expect to find on Twitter:

People will spend years examining how the relationship between Trump and mass media. And they should — his manipulation of the media, especially the television media, is absolutely central to his campaign. But there will be plenty of time for that; and it’s a secondary issue, anyway.

More important than understanding Trump’s relationship with the media is understanding his relationship with the Republican base. It’s their votes, after all, that have upended presidential politics in America. And even if their votes don’t decide the next president, they’re likely to keep on deciding who will be the GOP nominee. So if we want Trump to be an anomaly, not an omen, we have to understand his supporters first.

Kudos to the Times’ Nick Confessore, then, for this long report, which suggests, like an earlier essay by the Atlantic’s David Frum, that Trump is the outcome of a class war within the Republican Party. I don’t think Confessore is 100 percent right — and I’ll explain why that is in a moment — but at least he’s not waxing narcissistic. Instead, he’s asking the right questions.

Anyway, if there’s one single bite of the article which best encapsulates its overall perspective, this is probably it:

As the Republican Party collapses on itself, conservative leaders struggling to explain Mr. Trump’s appeal have largely seized on his unique qualities as a candidate: his larger-than-life persona, his ability to dominate the airwaves, his tough-sounding if unrealistic policy proposals. Others ascribe Mr. Trump’s rise to the xenophobia and racism of Americans angry over their declining power.

But the story is also one of a party elite that abandoned its most faithful voters, blue-collar white Americans, who faced economic pain and uncertainty over the past decade as the party’s donors, lawmakers and lobbyists prospered. From mobile home parks in Florida and factory towns in Michigan, to Virginia’s coal country, where as many as one in five adults live on Social Security disability payments, disenchanted Republican voters lost faith in the agenda of their party’s leaders.

This is all undoubtedly true, and it’s something many liberal critics of today’s Republican Party have been saying for years. Decades, even. And yet therein lies my one quibble with the piece: It implies that Trump happened because GOP elites lost the plot; but it’s not the GOP establishment that’s change, really. It’s voters.

Even in Confessore’s elite-focused narrative, for example, it’s clear that the shift in the relationship between the GOP establishment and the GOP base was inspired, first, by voters. The way Confessore sees it, the aftereffects of the 2008 financial crash so degraded the material circumstances of so many Republican voters, talk of tax cuts and deregulation no longer was enough:

Many [GOP elites] trace the rupture to the country’s economic crisis eight years ago: While Americans grew more skeptical of the banking industry in the aftermath, some Republicans played down the frustrations of their own voters.

While wages declined and workers grew anxious about retirement, Republicans offered an economic program still centered on tax cuts for the affluent and the curtailing of popular entitlements like Medicare and Social Security. And where working-class voters saw immigrants filling their schools and competing against them for jobs, Republican leaders saw an emerging pool of voters to court.

The establishment’s furtive attempts to court Latino-American voters were a change, I suppose. But not much of one. It wasn’t even 10 years ago, recall, that George W. Bush’s failed attempt to pass comprehensive immigration reform ended up zapping whatever political capital he had left. It’s not like the GOP base used to like so-called amnesty.

But that was before the crash, as Confessore rightly notes. And it was also before a certain cosmopolitan, intellectual, and charismatic man, Barack Obama, became the U.S.’s first African-American president. As Slate’s Jamelle Bouie (and yours truly) has argued, it wasn’t just the GOP base’s material circumstances that changed; it was their claim to be the embodiment of what it meant to be an American, too.

Obviously, a political phenomenon like Trump’s 2016 presidential campaign doesn’t stem from only one or two (or two-dozen) causes. It’s the kind of thing that can’t happen without a confluence of forces — and a little (bad) luck. Whatever answers we find, though, are not likely to come from the GOP establishment. It’s the voters who matter; Trump has taught us that much, if nothing else.