Anti-vax film isn't being "censored": Andrew Wakefield is not entitled to a prestigious platform for his discredited autism claims 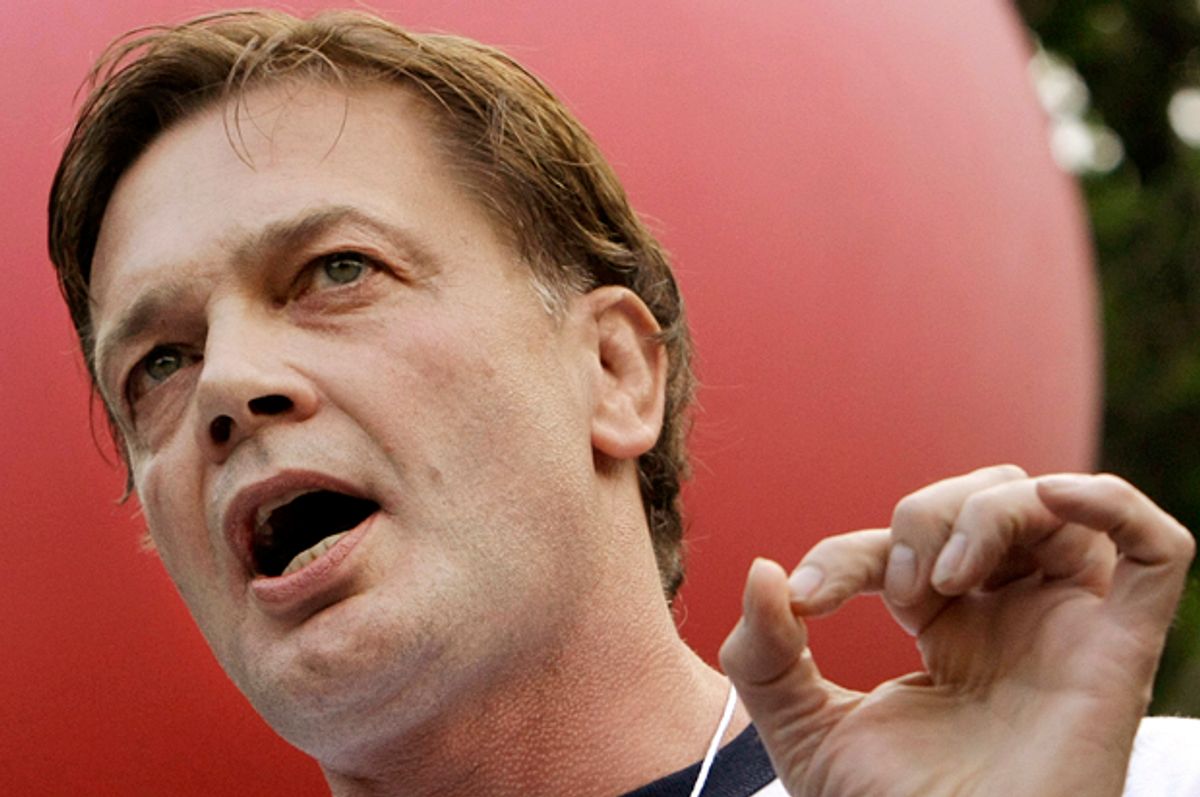 If only there were a cure for chronic, extreme chutzpah. Because Andrew Wakefield is being extremely disingenuous — yet again. On Saturday, the Tribeca Film Festival reversed its decision to debut the film "Vaxxed: From Cover-Up to Controversy" at the festival in April, and now the filmmakers are crying censorship.

Just last week, when the festival announced its lineup, the film's director Andrew Wakefield was excitedly sharing the "huge news" about its inclusion in the festival. The movie promised to explore "the long-debated link between autism and vaccines" and include interviews from "emotional interviews with pharmaceutical insiders, doctors, politicians, parents, and one whistleblower." The festival itself, meanwhile, explained the film's inclusion by stating, "Tribeca, as most film festivals, are about dialogue and discussion. Over the years we have presented many films from opposing sides of an issue. We are a forum, not a judge."

The announcement of the film, combined with Tribeca's shrugging insistence that it was just presenting an "opposing side," was immediately met a groundswell of justifiable shock and disgust. Wakefield, in case you didn't know, isn't exactly the most qualified party for "discussion." Wakefield is the British author of a famed 1998 study linking the measles, mumps and rubella (MMR) vaccine and autism and bowel disorders, one whose impact is still being felt today in declining vaccination rates. He's also a man whose study was subsequently retracted by the BMJ, which declared that Wakefield had made "a deliberate attempt to create an impression that there was a link by falsifying the data." He's a man who is no longer permitted to practice medicine in the UK, and whose "serious conflict of interest he failed to disclose." He has been castigated by his own industry as "an elaborate fraud." But his bio for the film certainly left out an awful lot of those key details about his career — like the way he's been totally discredited by the scientific community.

The American Academy of Pediatrics, the World Health Organization, the Centers for Disease Control, the Journal of American Medicine and numerous other reputable health agencies have found no link between vaccinations and autism, even among children who may be at higher risk for it. Even the advocacy group Autism Speaks last year issued the clear statement "Vaccines do not cause autism. We urge that all children be fully vaccinated."

Yet even as late as Friday, the Tribeca Fest's cofounder Robert De Niro was defending the film's inclusion, explaining that "This is very personal to me and my family and I want there to be a discussion, which is why we will be screening VAXXED. I am not personally endorsing the film, nor am I anti-vaccination; I am only providing the opportunity for a conversation around the issue." But then on Saturday, in the wake of a growing storm of protest, the festival reversed itself, with De Niro issuing a statement that "After reviewing it over the past few days with the Tribeca Film Festival team and others from the scientific community, we do not believe it contributes to or furthers the discussion I had hoped for."

This, of course, is now being viewed by the filmmakers as censorship. In a weekend statement, they claimed, "It is our understanding that persons from an organization affiliated with the festival have made unspecified allegations against the film claims that we were given no opportunity to challenge or redress. We were denied due process. We have just witnessed yet another example of the power of corporate interests censoring free speech, art, and truth."

As Deadline's Jeremy Gerard points out, "The statement did not explain how the filmmakers had been denied due process, when no issue of law has been raised with respect to the film. Nor did it address how 'Vaxxed' was being censored by losing its platform at TFF."

The answer is simple: it isn't and it's not and you don't get to whine about truth after you've had your credentials stripped for being a fraud.

The zealots at Natural News have also been quick to bandy about the word "censorship," with the claim that "Robert De Niro announced he was censoring the film." And in an interview on the site with the film's producer Del Bigtree, Bigtree claimed, "Every major newspaper is saying don't go see a movie they haven't watched themselves. What's next, are they going to tell us to start burning books in the streets? We've never seen anything like this. This is supposed to be a country based on freedom of expression, and our entire media that [claims to] represent speech and expression, is telling everybody to shut down free speech. Journalism is officially DEAD in America."

Oh, these poor oppressed disgraced charlatans! Now they don't get a screening at a prestigious film festival! It's like a total human rights violation! It's like when the New Yorker rejects my poems — how is this even America? Yeah, sorry, that's not how these things work. Wakefield and his cronies have a right to raise the funds to make whatever misleading, unsupported information they want. They just don't have a God-given to a platform for it. But if they don't understand how censorship works, I guess it explains how they don't know how science does either.