If North Carolina wants to see what can happen with legal discrimination on the books, it should look at Indiana 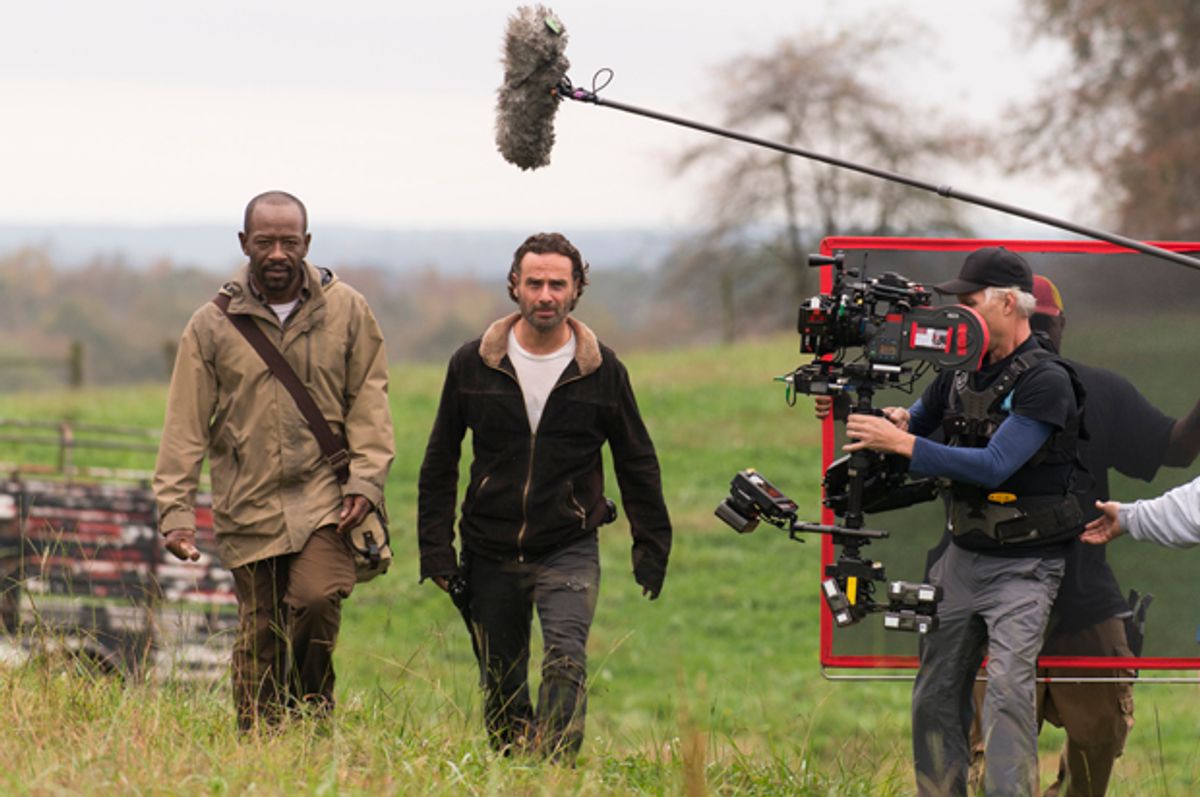 The news broke today that Georgia Governor Nathan Deal has vetoed a bill that would discriminate against LGBT folks by allowing “religious liberty.”

Republican majorities passed the bill to broadly protect people acting on their religion. It also would have protected clergy who won’t perform gay marriages and people who won’t attend a wedding for religious reasons.

Churches and affiliated religious groups also could have declined to serve or hire someone based on their faith.

Deal makes his veto out to be about “the character of our state and the character of our people,” asserting that “Georgia is a welcoming state; it is full of loving, kind and generous people.” He’s said this in the past, so his statements may not be entirely disingenuous.

The decision, though, probably has more to do with Hollywood television and film productions pulling out of the state if the bill were to pass, as Disney and a host of other entertainment corporations and artists threatened to do. And the NFL and NCAA also warned the governor that signing the bill would imperil Georgia’s chances to land the Super Bowl and basketball championships.

Deal has spoken about Christianity and tolerance going together, but the thought of signing away the “Super Bowl” and “The Walking Dead” with one sweep of his pen may’ve been overwhelming.

So the lesson here is not just that discrimination is inhumane, but that it’s bad for business as well. And if the governor had any doubt, he could look at the state of Indiana, which has passed a law last year similar to the one just vetoed in Georgia. A story on the Atlanta NPR station, WABE reports: “ ‘The RFRA Crisis,’ is how Chris Gahl, with the Indianapolis tourism agency Visit Indy, refers to the months after that state passed its Religious Freedom Restoration Act.”

A dozen conventions have pulled out of Indianapolis because of the bill.

"It's run the gamut of medical to life science, from pharmaceutical to sports, from education to faith based groups," Gahl said. "It's really a broad swath of groups that have said no to Indianapolis."

The chamber's conservative estimate puts that at $60 million in lost business directly tied to "religious freedom."

“Those are facts; that is the impact we have seen and been able to tally,” said Gahl, adding that there’s no way to know how many groups have given Indiana “the silent treatment” by avoiding the state without expressing why.

And with North Carolina swiftly passing a bill last week – which the state’s Republican governor promptly signed into law – we could see something similar to the Indiana mess there as well. Corporations  including Apple, Google, Dow, the NBA, the NCAA, and Paypal have pushed back against the North Carolina law, but to no avail.

At some point, conservative states will realize that bigotry doesn’t pay.

People on the left often express aversion to big corporations – and for good reason. Lefties have also been critical of Hollywood hiring lately: There’s no question that racial and ethnic minorities are underrepresented, especially in the boardrooms of movie studios and as stars in prestige vehicles. But here’s a case where corporations and Hollywood have done the right thing, and a governor has made a call in favor of tolerance. Yes, the movie studios are being opportunistic here: Shooting in Georgia is a lot cheaper than in Southern California or Vancouver. And the governor is surely motivated in part by those Hollywood jobs.

But no matter what the motivation, this is a win for tolerance and social progress. Let’s hope that other states see the impact that going backward will have not just on the tone of life, but on employment and government coffers. And maybe next time, it won't take boycott threats and a veto. Nobody needs this kind of close call.