"I expect that from a 12-year-old bully on the playground": Wisconsin radio host crushes Trump over wife battle with Cruz in glorious interview 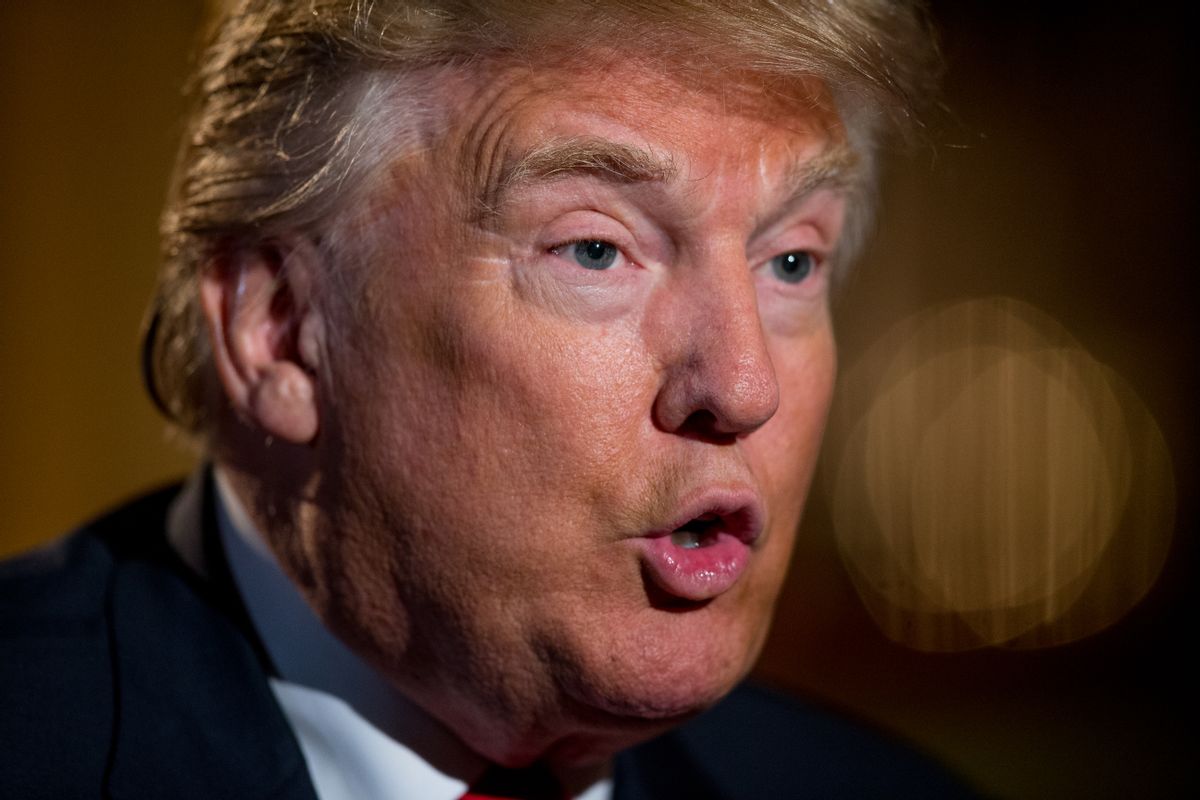 It's frustrating that Donald Trump made it this far down the campaign trail without someone rubbing his nose in the shit he's gotten away with.

The tired idiom "Better late than never" holds true in this case, as Trump finally got his critical comeuppance at the hands of Wisconsin conservative radio host, Charlie Sykes, who during a phone interview Monday grilled the GOP frontrunner on his ongoing Twitter beef with opponent Ted Cruz over the relative attractiveness of each other's wives.

"I expect that from a 12-year-old bully on the playground, not somebody who wants the same office held by Abraham Lincoln," Sykes said, referring to Trump's retweeting of a derogatory meme, effectively calling his wife, Melania, more attractive than Cruz's wife, Heidi.

Trump continued to blame the Cruz campaign for something he's been reminded time and again they didn't do — using a "nude" photo of Melania from a GQ shoot to somehow discredit her as potential-FLOTUS. Trump appears to be the only person who still believes the Cruz camp (and not an anti-Trump PAC) was behind the meme that ignited this whole fire.

"Your wife is a beautiful, classy woman," Sykes pressed. "Why can't you say the same about Ted Cruz's wife?"

"You do like to talk about polls a lot," Sykes said, prefacing a clip from an anti-Trump TV ad about Trump's derogatory remarks about women with the statistic that he has a 70% disapproval rating among conservative women.

Trump cited his decades in the public eye as an excuse for the nasty statements about women.

"Are celebrities allowed to insult women?" Sykes said, again applying pressure where past interviewers have eased off.

"I never thought I'd be running for office," Trump said.

Watch a highlights video of the exchange here: