"Inchworms in the bag of chicken": Fast food employees warn of food items you should NEVER order in amazing Reddit thread 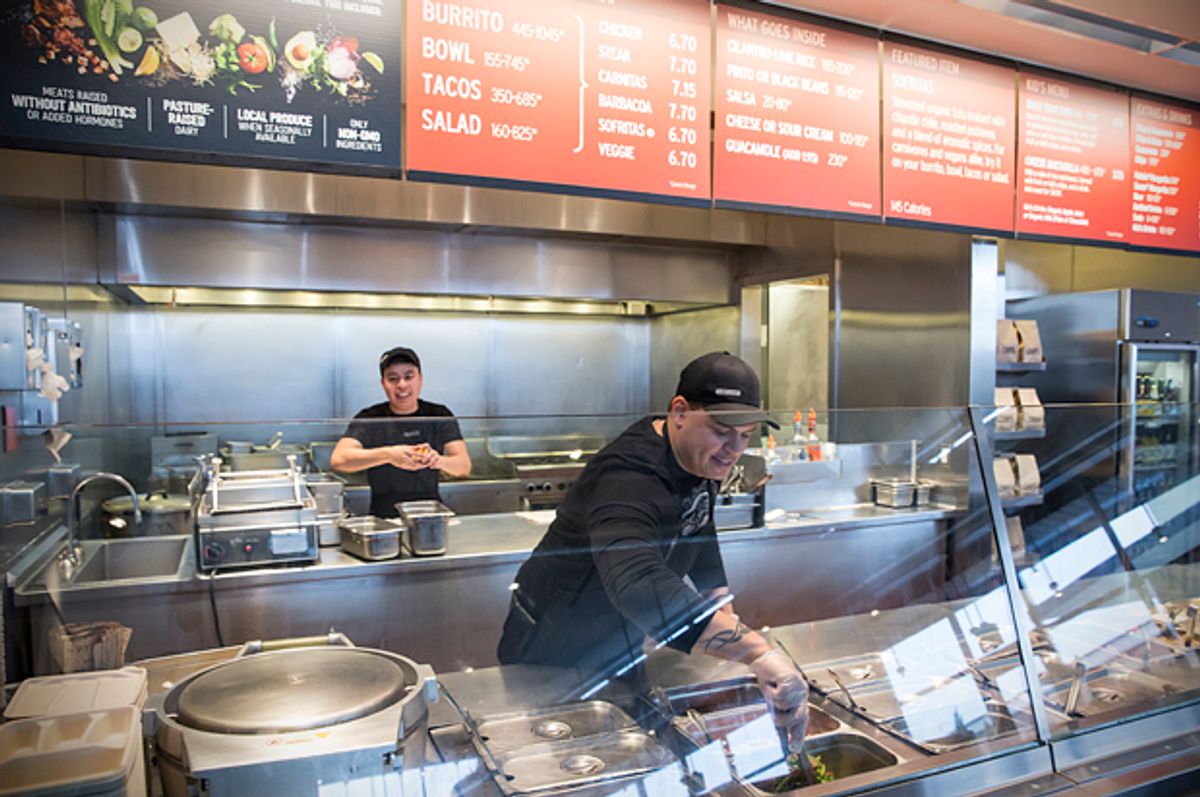 We’ve all been there: Friday night, not-much-a-do about nothin’, why not stop at your local fast food spot for a quick bite? Yeah, there's been a few horror stories casting a shadow over some of the largest chains, like the syringe that pierced the mouth of a Hawaiian man as he bit into his Burger King, or the Happy Meal that came with a surprise condom for a 7-year-old or even the deep fried chicken head encountered by a mother who ordered her tots some nuggets, but those are exceptions, right? Wrong.

Current and former fast food employees have taken pity on us, the mass public, and shared on Reddit  what really goes on behind the smiles of fast-food chains. Some advice seems logical — if the staff seems stressed, hygiene will be the first thing to go. Other tips are less expected (no body knows what the "secret menu" items are).

“All Starbucks food is reheated frozen food. Ridiculous how little people realize that. Doesn't mean it doesn't taste good, it's just not fresh at all and incredibly overpriced” writes likeabaker

“Currently a service manager at chipotle. All peppers, lettuce, and tomatoes now come pre shredded and washed. Steak also now is pre cooked (well heated in hot water before being shipped to us).. Really the only in house prep we still do is dicing onions and jalapeños and making guac,” writes soflopaintball “Edit: Chicken is still in house marinated. Steak is in house marinated as well just comes pre heated already and when we throw it on the grill it's only for 30 seconds each side..”

“I used to work at 7-11, so i'm gonna say any of the taquitos or hotdogs around midnight, up through about 4 or 5AM. around midnight you can be almost assured that these are now high-mileage,” writes novelty_bone. ‘That hotdog might have more miles than your car.”

“Anything off of the "Hidden Menu." Most people working don't know how to make it and you'll probably just receive a giant glob of assorted ingredients on a bun,” writes rps_killerwhale

“Chick-Fil-A. Don't order grilled foods if you're gluten free. While technically gluten free - a lot of cross contamination can occur. Be specific to be safe. Oh, and don't order a standard salad at night, it was probably made that morning. Request something else on it and it'll be fresh” writes SwagSorcerer

“I use to work at Del Taco. Just don't order anything from us. Jesus... I can still hear their screams when I close my eyes,” writes Fatbird333

“My brother's girlfriend used to work at Wendy's and a saying there was (about fries) "They aren't old until they're sold,” writes Wrinklestiltskin

“At our subway, the 'oven roasted' chicken was actually boiled in a microwave,” writes Hotpotabo. And D34DM4N1989 adds, “back when I worked at one, I found little like inchworms in the bag of chicken. Immediately threw it away and can not stomach anything there since.”