"If this is battery then I should have been arrested many times": Trump's Twitter supporters run to Corey Lewandowski's defense after he's charged

#IStandWithCorey is proof positive that even if presented with indisputable evidence, the Trump Train chugs onward 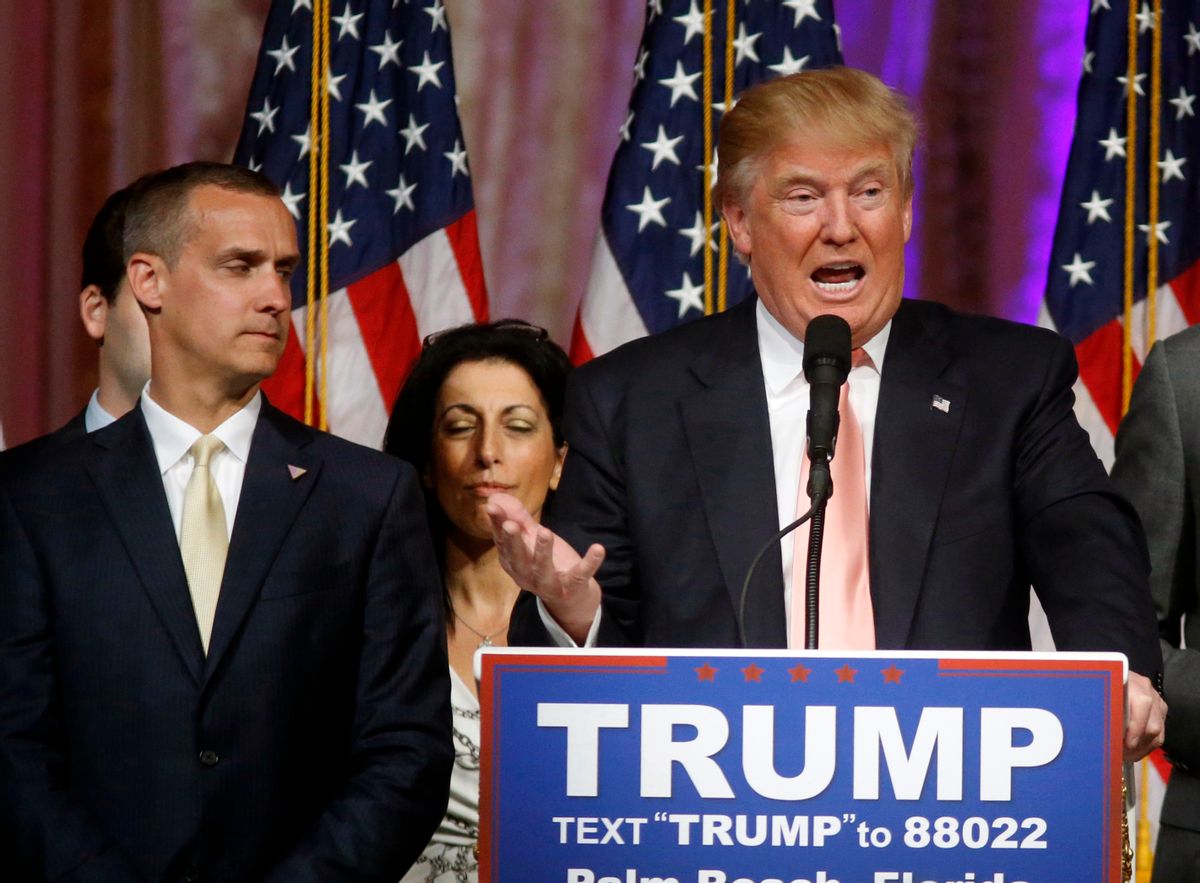 Donald Trump's campaign manager Corey Lewandowski was charged Tuesday with the March 8 battery of former-Breitbart reporter, Michelle Fields, at Trump National Golf Club's Jupiter location. Lewandowski turned himself into police in Jupiter, Florida in Tuesday morning and has been issued a notice to appear in court.

Prior to his arrest, Lewandowski denied any wrongdoing, bolstering his claim with inconclusive video evidence. Tuesday, however, the police department released surveillance video of the incident, clearly showing that Lewandowski "yanked" Fields' arm.

Under Section 784.03 of Florida's Statutes, Lewandowski's actions constitute simple battery, punishable of up to one year in prison or — more likely in this case — a $1,000 fine (pocket change for Trump, who's offered to cover legal fees for far costlier offenses).

Though Fields arguably hyperbolized a bit in her account (Lewandowski "grabbed me tightly by the arm and yanked me down"), the surveillance video more or less proves her right and definitively shows professional misconduct on Lewandowski's part.

Tactical thuggishness is a major pillar of Trump's campaign strategy and has successfully drawn millions of hooligans out of their trailers and into the civic arena. In other words, this incident likely won't have any impact on Trump's popularity; the people who hate him will still hate him, and the majority of Republicans who support him will continue to do so.

Such unwavering support is best evidenced by Trump's Twitter constituency: