Jessica Grubb struggled with addiction for more than seven years 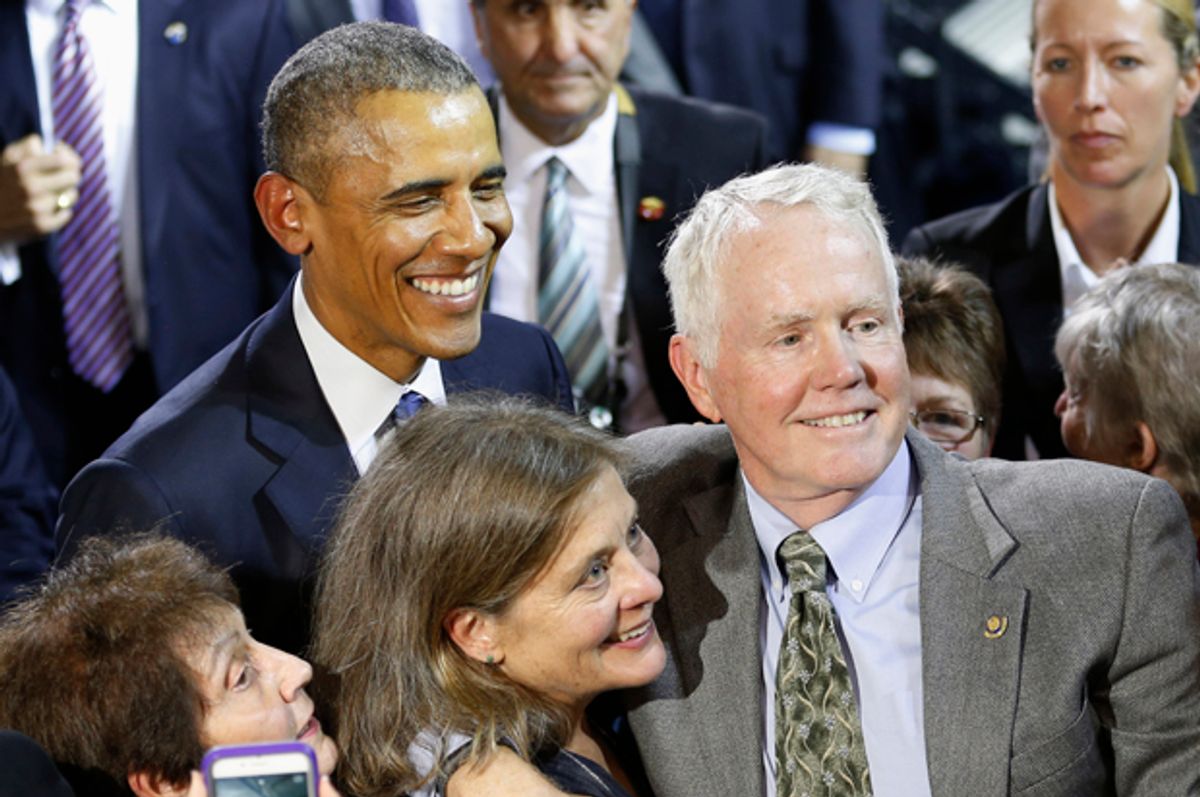 Jessica Grubb, the Charleston, West Virgina, woman whose story of heroin addiction inspired the president to put $1.1 billion into new funding to battle the epidemic, died earlier this month at age 30, according to the Huffington Post.

Grubb, who had struggled with addiction for seven years, became a national symbol after her parents told President Obama about her struggle at a town hall in Charleston last October.

The University of Carolina alum was in rehab for the fourth time at the point of the president’s visit. Her death had been widely under reported since she passed on March 2 in Michigan.

As her father told the president of his daughter's struggle and how it had affected their family life, Grubb watched the town hall on a live stream.

“She cried and said it was both hard to watch and also heartwarming to watch,” David Grubb, her father, said last fall. “‘My God, the president’s talking about me;’ on the other hand, you’re thinking, ‘Oh, my God, what a terrible situation.’”

The cause of Grubb’s death was overdose, not from heroin, but by 50 pills of oxycodone prescribed to her after an unrelated surgery. The powerful pain medication was released into her blood via an IV port.

Like Obama, David Grubb is a former state senator, a former community organizer, a lawyer and a father of five daughters. “I don’t know how you did five,” Obama admiringly told Grubb when they met. “Two keeps me busy.”

Her fight, as told by her father, had a more profound impact than the young woman could have ever imagined. The story brought to light the failure of a treatment system that defies evidence-based practices and a medical community still greatly misinformed of substance recovery. It touched the president deeply, so much so that whenever Obama has privately discussed the heroin and opioid epidemic, the conversation has drifted back to the Grubb family.

Sen. Joe Manchin (D-W.Va.), a friend of David Grubb who served with him in the Senate, has begun exploring the idea of  “Jessie’s Law,” a bill that would prevent doctors from prescribing opioids to addicts The Huffington Post reports. Manchin has been speaking with top aides to the president, including White House Chief of Staff Denis McDonough, to readdress how addicts receive  treatment, in the hopes that Jessica Grubb’s tragedy will not be repeated.

Grubb who was a top student, made an impression when she was suspended from her Capital High School for leading several classmates out of class to protest on the first day of the Iraq War. She has also posted many politically charged statuses on her Facebook page, mostly in support of Bernie Sanders.

“On a day like this, business should not go on as usual,” she said that day in March 2003.

“She was an incredible achiever, she made straight-As, she was smart as a whip, involved in social change,” her father said of Grubb. Adding that she had been sober since August. “She was just a great personality and a person we’re really glad we got to know.”

As word of her death spread, condolences poured in to her family. Among them, a handwritten note from the White House.

“Michelle and I want to offer our deepest condolences for the tragic loss of Jessie,” the letter signed by the president read. “Your willingness to share your family’s story left a powerful impression on me and has helped accelerate efforts to deal with this national epidemic of addiction.”