Watch: Nation reels in horror as Geraldo Rivera performs Trump-inspired routine on "Dancing With the Stars"

The judges were also unimpressed, and made Rivera the first contestant eliminated this season 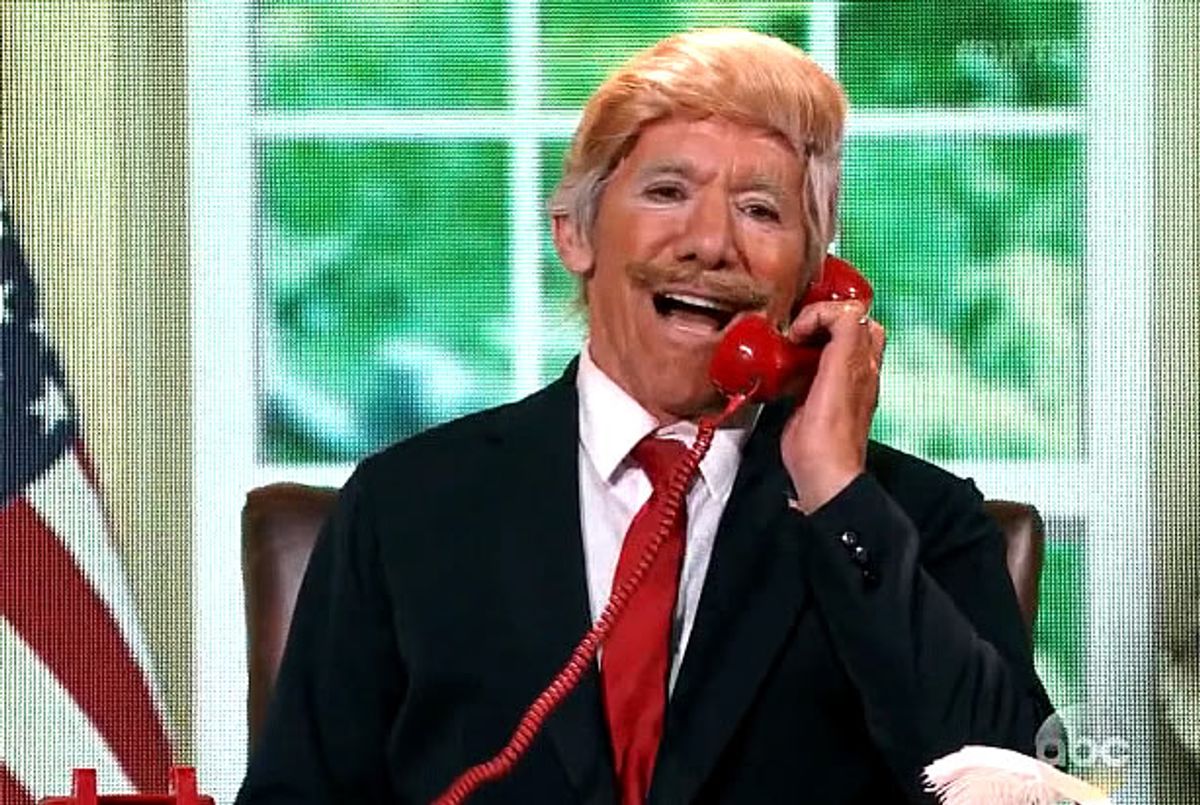 Given that Donald Trump's campaign essentially began on his own reality show, it seems only fitting that his sometime-friend, Fox News' Geraldo Rivera, appeared on "Dancing With the Stars" Monday evening painted orange and sporting a familiar ridiculous toupée.

According to Rivera, the plan behind his routine was "to make dance great again." When asked what Trump himself would make of this very public mockery about an issue on which he is acutely sensitive, Rivera insisted "he's going to get a kick out of it."

Rivera's impersonation may have amused the judges, but not enough to prevent him from being the first contestant eliminated from the program this season.

"You did not make dance great again," judge Carrie Ann Inaba informed him, "but you did make me laugh."

Watch the entire clip below via ABC.