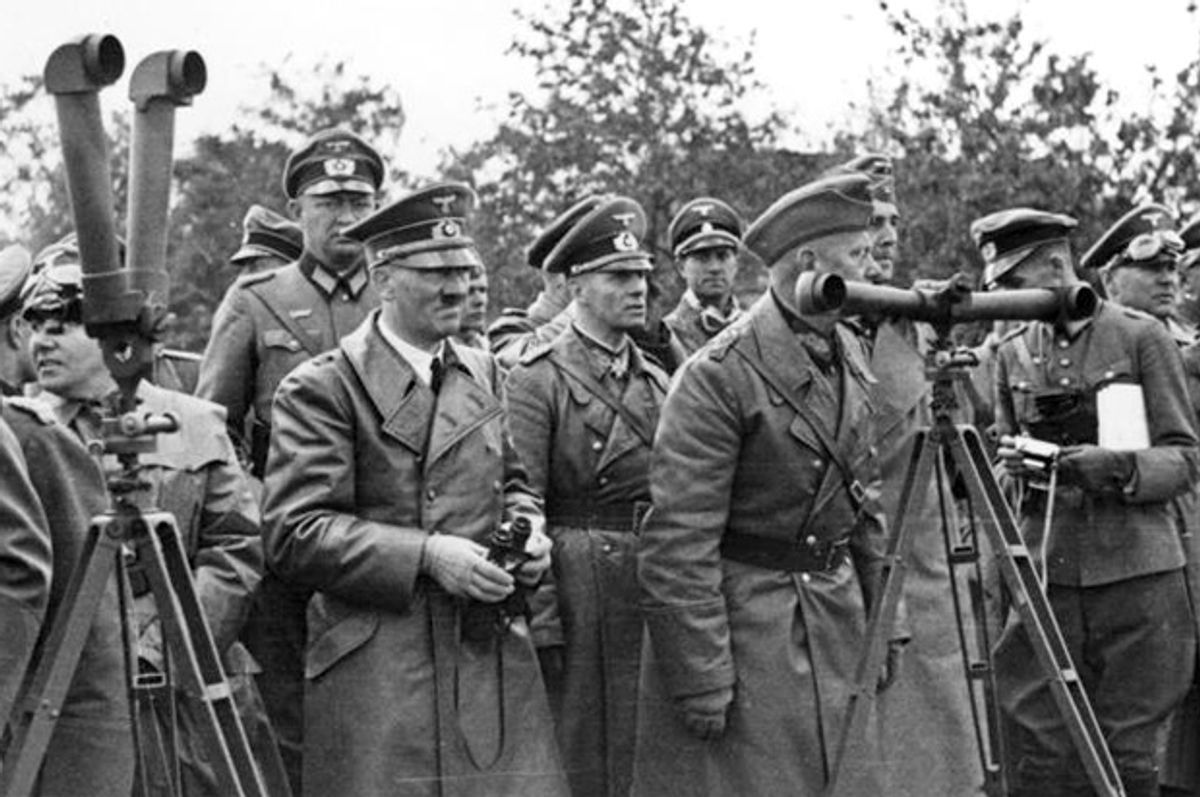 An explosive new report reveals that the leading U.S. news agency the Associated Press, or AP, formally collaborated with the Nazis in the 1930s.

AP, whose stories are syndicated by an enormous array of newspapers, disseminated propaganda that was created by the Nazi propaganda ministry, according to the research of a German historian, the Guardian has revealed.

She published these findings in the academic journal Studies in Contemporary History, in an article titled "The A and P of Propaganda."

The only Western news outlet that was allowed to stay open in Nazi Germany was AP. It remained in operation there until the U.S. entered World War II in 1941. Today, AP says it had no knowledge of this history, and denies that it collaborated with the Nazi regime.

Scharnberg's research shows that, in the 1930s, AP signed the Third Reich's Schriftleitergesetz, or "editor's law," which dictated that the American news outlet could not publish material "calculated to weaken the strength of the Reich abroad or at home."

Because of the Schriftleitergesetz, AP was obliged to employ reporters who worked for the Hitler regime's propaganda ministry.

A photographer AP hired in the 1930s took photos that were personally selected by Hitler. According to the Guardian, AP has removed these pictures from its website since the German historian published her research.

In this arrangement, the Third Reich was also allowed access to AP's photo archive. Nazi Germany used AP photos of American Jews in its anti-Semitic propaganda. Hitler's regime also controlled what photos AP would use.

When Nazi forces invaded the city Lviv, in western Ukraine, in 1941 and massacred the Jewish population, AP published photos taken by a Nazi photographer that demonized the Soviet soldiers and police who were fighting the Nazis.

Instead of drawing attention to the Nazi genocide of Ukrainian Jews, AP helped Hitler erroneously claim that the real criminals were the Red Army, which played the primary role in crushing Nazism (British Prime Minister Winston Churchill declared several times in 1944 that "it is the Russian armies who have done the main work in tearing the guts out of the German army").

Prof. Scharnberg says AP’s cooperation with Hitler allowed the Nazis to "portray a war of extermination as a conventional war."

“To that extent it is fair to say that these pictures played their part in disguising the true character of the war led by the Germans,” the historian told the Guardian. “Which events were made visible and which remained invisible in AP’s supply of pictures followed German interests and the German narrative of the war.”

AP says it is further looking into these allegations, but denies that it ever knowingly collaborated with the Nazis.

"As we continue to research this matter, AP rejects any notion that it deliberately ‘collaborated’ with the Nazi regime," the leading American news agency said. "An accurate characterisation is that the AP and other foreign news organisations were subjected to intense pressure from the Nazi regime from the year of Hitler’s coming to power in 1932 until the AP’s expulsion from Germany in 1941. AP management resisted the pressure while working to gather accurate, vital and objective news in a dark and dangerous time."

The news agency released an official statement also pointing out that AP's Berlin bureau chief, Louis Lochner, who won the 1939 Pulitzer Prize for his work, "resisted anti-Semitic pressure to fire AP’s Jewish employees and when that failed he arranged for them to become employed by AP outside of Germany, likely saving their lives."

After being interned in Nazi Germany, Lochner later publicly spoke out against fascism. And another American AP correspondent, the agency noted in its statement, was executed by the Nazis in 1945.

AP, which will celebrate its 170th anniversary in May, has a reputation for being the most objective and neutral American news source.

The Associated Press was by no means the only prominent American media outlet accused of whitewashing Hitler. In 1938, TIME infamously featured Hitler on its front cover as the "Man of the Year." The magazine's coverage of the mass-murdering fuhrer was shockingly sympathetic.

Nor was the U.S. press the only institution accused of collaborating with the Nazis. A recent book argues that Fred Koch, the father of powerful right-wing American billionaires the Koch Brothers, helped the Nazi regime build its third-largest oil refinery, in an immensely profitable project personally approved by Hitler.

Ford, J.P. Morgan, Barclays, Chase Manhattan Bank, General Motors, IBM and a slew of other Western corporations have also been accused of working with the Nazis.

(This article was updated after publication with a more thorough response from AP.)