Gov. Bentley's senior political adviser has resigned, but Bentley insists their affair wasn't “all that egregious" 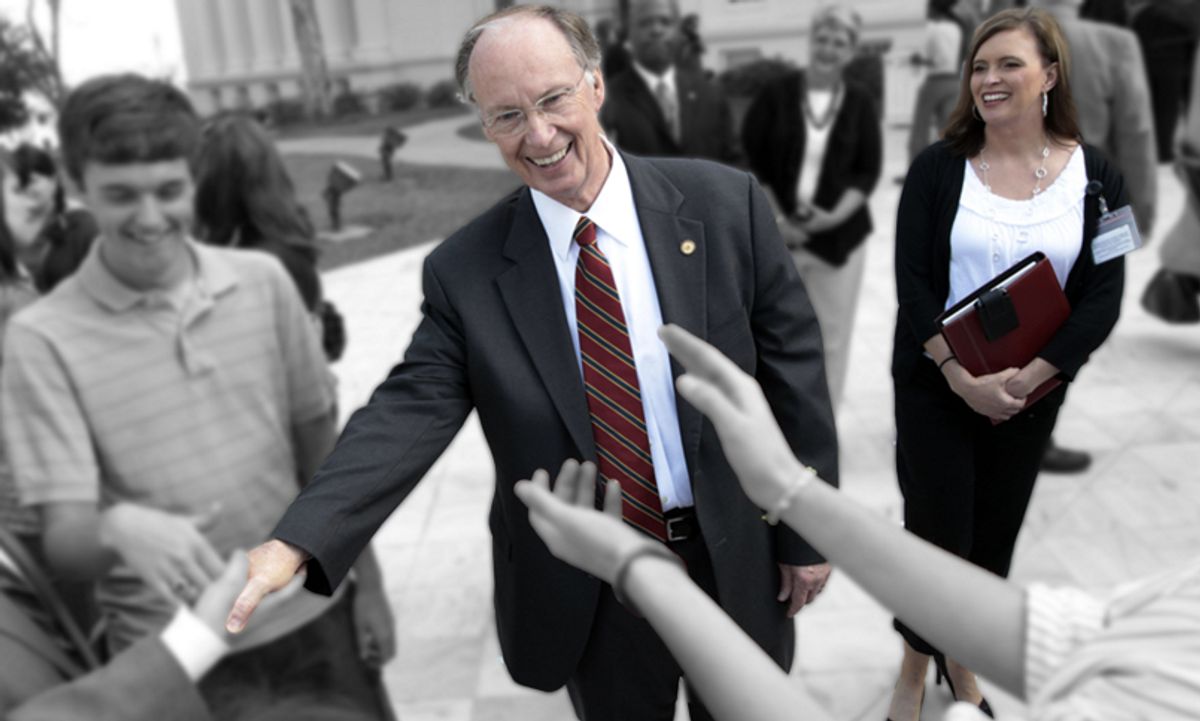 The Alabama Republican Assembly is calling for Republican Governor Robert Bentley's resignation. A Republican state representative is moving to start impeachment hearings against the embattled governor. And the Alabama Ethics Commission is investigating Bentley's relationship with a top aide who resigned on Wednesday after audio tapes of Bentley making sexually suggestive comments to her were published -- but the governor refuses to budge.

"I have no intentions of resigning," Bentley said on Wednesday, reacting to news of senior political adviser, Rebekah Caldwell Mason's, resignation. While the right-wing conservative admitted to letting people down with his "inappropriate" relationship with Mason, the 73-year-old governor said his only "intentions are to try and make this state better."

"Have I made mistakes? Yes I have," Bentley said during an interview with New York Times, hoping to brush aside the scandal. "I admit those but we have addressed those."

“As far as my situation is concerned, it is really just a shock to people, and, you know, I understand that,” Bentley admitted to the Times, before complaining that there remained “a lot of errors and misconceptions and opinions.”

“I still feel that, in time, all of this will come out, and everything will be exposed.”

Of course, the Birmingham News published explicit audio recordings of the Governor after he repeatedly denied allegations of an affair.

For her part, Mason, whose husband Jon works as the director of Bentley's Office of Faith-Based and Volunteer Services, said while announcing her resignation that her "only plans are to focus my full attention on my precious children and my husband who I love dearly."

As his senior political adviser, Mason was not paid by the state. Instead, she was paid with campaign funds.