New York is about to become a madhouse: Why this unexpectedly fierce primary is going to get very interesting

The presidential nominating contests are rolling through the Empire State this week. Here's what you need to know 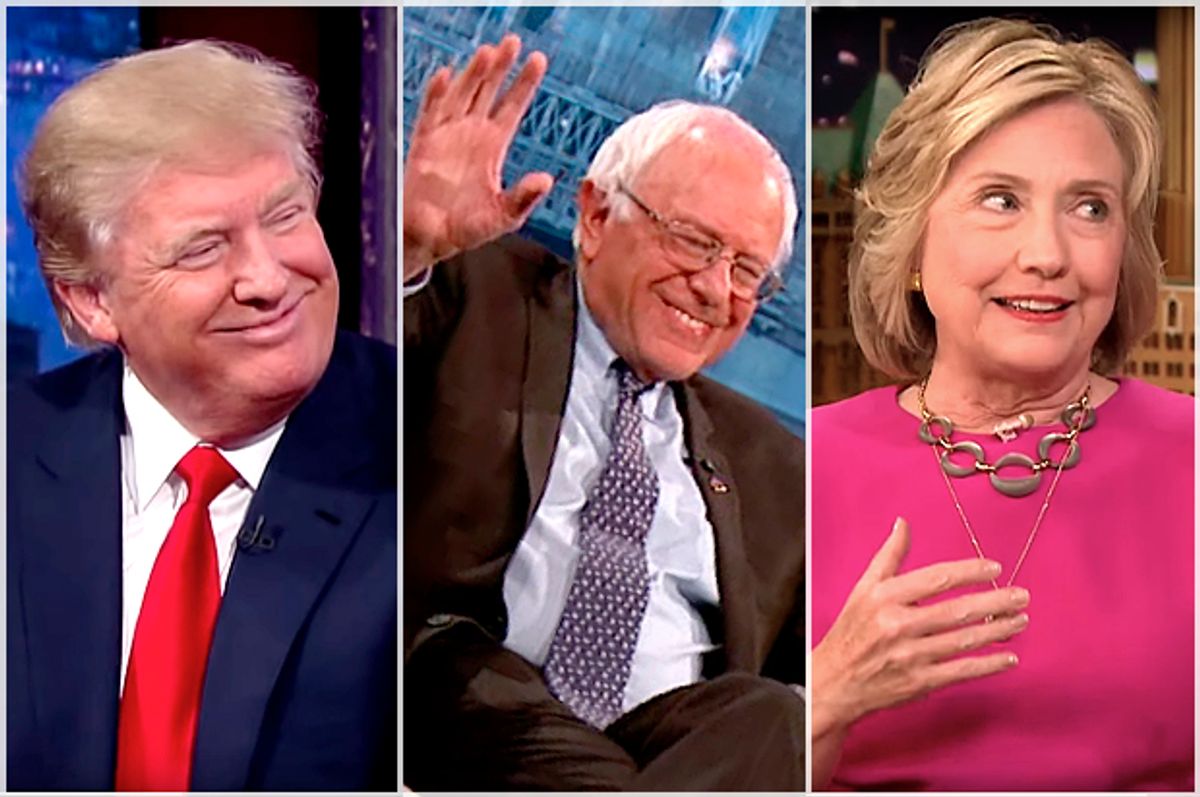 New York's presidential primary almost never causes much of a ripple, but the ever-surprising 2016 campaign has changed that. Both the Democrats and Republicans are fighting unexpectedly fierce battles to the finish line, and New Yorkers are now faced with the unfamiliar sight of presidential candidates who actually care about their vote and who will spend considerable time trying to get it from them. With the primary set for April 19, New York is about to become a complete madhouse, no matter what party you're following. As someone who lives in New York, I am filled with both excitement and dread at such a prospect.

On the surface, Hillary Clinton would seem to have no worries in New York, the state she represented in the Senate and has adopted as her home. The most recent polling puts her very far ahead. But Bernie Sanders isn't going to let New York go without a fight. After all, anybody with that thick a Brooklyn accent can can claim the place as their own just as much as Clinton can. Politico reported that both he and Clinton have been studying the insurgent gubernatorial campaign of Zephyr Teachout, whose very Sanders-like—and, given the odds she was fighting, successful—2014 clash with Andrew Cuomo stunned the state's political establishment. Sanders will hope to wound Clinton similarly. He also has the backing of the Working Families Party, a potent force in New York politics.

Clinton will be desperate to avoid such a situation. To be rebuked by New York will be a stinging blow to her, both personally and politically. So it's not surprising that her campaign is already at bitter loggerheads with Sanders. Even their dueling Brooklyn headquarters are richly symbolic. Clinton's are at the edge of old, moneyed Brooklyn Heights. Sanders has set up shop in Gowanus, also known as hipster heaven. It's like a Twitter fight in miniature.

Sanders has successfully badgered Clinton into professing a willingness to debate him in Brooklyn. If that happens, the site of the debate will fizz with the antagonism between the Hillary and Bernie camps. More broadly, New Yorkers will be besieged by people from either side trying to get them to the polls. Every campaign event will be a zoo. We'll all get sick of it quickly.

The Clinton-Sanders feud, however, will pale in comparison to the hellscape that will return to the city in the shape of Donald Trump.

Trump and New York are set to have a massive, bruising collision. He is not about to avoid his hometown, and why should he? Trump represents certain New York values as surely as Bernie Sanders does. This is a man who was actually a widely beloved part of the more objectionable sectors of New York's high society for many decades. (The Intercept's Jim Lewis recently wrote a very sharp piece about how the supposedly ultra-liberal New York culture fueled Trump's rise to prominence more than any conservative forces ever did.) It was only when Trump began running, and fused the vulgar wealth that had made him so popular with an impolite, blunt escalation of the bigotry and misogyny that has always been a part of him that he became someone to shun. Nevertheless, it will be fascinating to see just how the rich, gross part of New York handles Trump when he turns up in the next few weeks.

But Trump's interactions with the Park Avenue set will be as nothing compared to the mood that will await him in the streets. Activists in New York paid very close attention to the protesters in Chicago and St. Louis who successfully confronted the Trump campaign. They will be loath to let such lesser metropolises hog the limelight in that way. New Yorkers, after all, know how to protest. They know how to shut things down. There have already been major anti-Trump protests in the candidate's absence. When he actually sets foot in New York, things will get very intense, very quickly. Trump will face what are almost certainly going to be the most heated protests New York has seen in at least a couple of years. He is not going to allow him to swagger through Manhattan unimpeded. This is a historic moment. This is a story to tell your grandchildren. People will want to be able to say in the future that, when Donald Trump came to New York, they stood up to him. Hopefully, by the time April 20th rolls around, Trump will have decided that Boston or Houston or Phoenix, or anywhere, really, is a better fit for him. Hey, a city can dream, can't it?