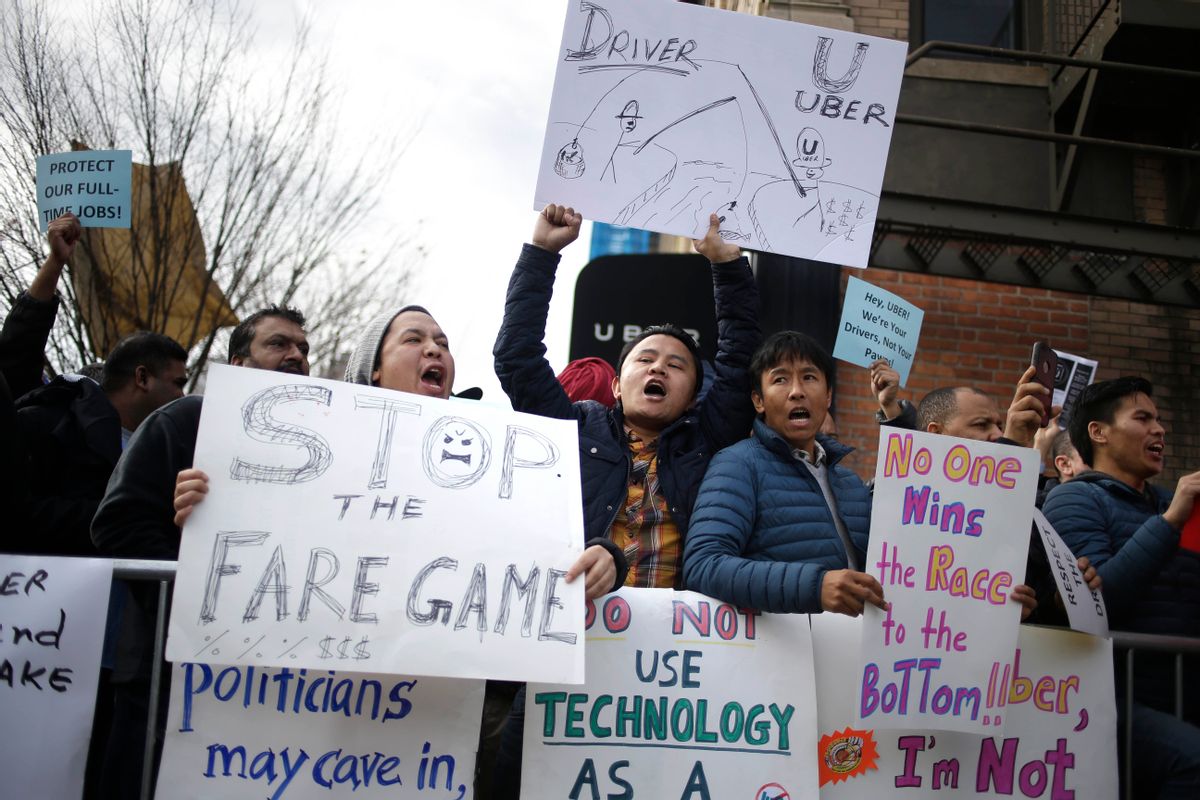 Uber founder and CEO Travis Kalanick, who is being sued over alleged price-fixing by his popular ride-sharing service, has failed in his effort to have the suit against him dismissed, Gothamist reports.

The class-action suit, brought by Spencer Meyer, of Connecticut, in December 2015, claims that Uber's pricing algorithm violates antitrust laws. Uber has gone to great lengths to classify its drivers as independent contractors rather than employees, a distinction of significant financial importance for the company. Meyer's suit argues that this very classification places Uber on the wrong side of the law. Because the company's drivers are independent contractors, the suit says, they are all technically in competition with one another, which makes Uber's pricing system an illegal, competition-eliminating price-fixing mechanism. "Uber has a simple but illegal business plan: to fix prices among competitors and take a cut of the profits," the lawsuit claims. "Kalanick is the proud architect of that business plan."

U.S. District Judge Jed Rakoff ruled Tuesday that Kalanick will have to face the lawsuit. The case is set to go to court in for November. "The advancement of technological means for the orchestration of large-scale price-fixing conspiracies need not leave antitrust law behind," Rakoff wrote in his ruling, declining to dismiss the suit. "The fact that Uber goes to such great lengths to portray itself—one might even say disguise itself—as the mere purveyor of an 'app' cannot shield it from the consequences of it operating as much more."

Meyer's suit also claims that Uber encourages drivers to artificially manipulate its pricing algorithm by logging out of the app during non-peak hours to trigger higher surge pricing. The lawsuit is seeking class-action status on behalf of all American Uber customers and a subset who have paid for surge pricing.

"We disagree with this ruling," a spokesperson for Uber, which is not named in the suit, told Reuters. "These claims are unwarranted and have no basis in fact."