The Post was forced to correct a story claiming 147 agents were investigating Clinton—an obvious, stupid mistake 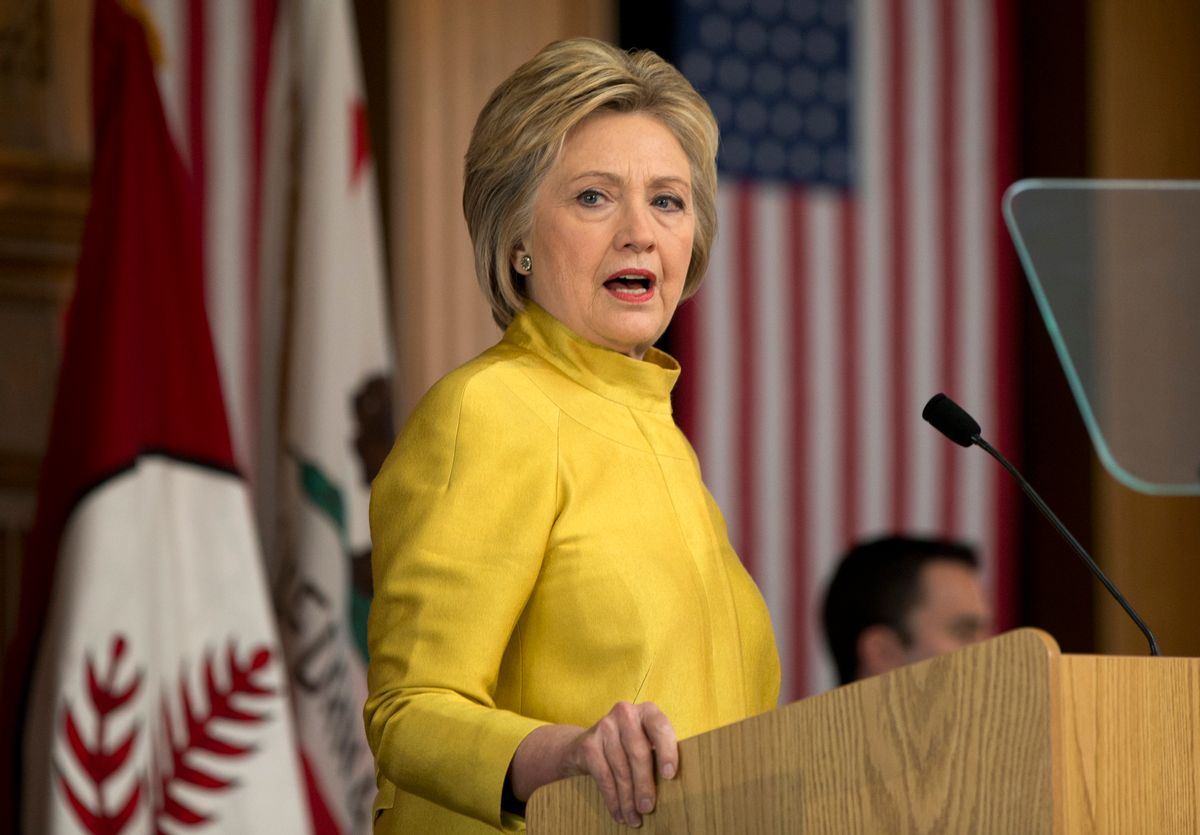 Earlier this week you might have heard a story floating around the Internet that claimed the FBI has 147 agents working on the investigation into the handling of classified documents on Hillary Clinton’s private email server. Good Lord and butter, you might have thought. The FBI didn’t have that many agents chasing John Dillinger! They must already have Hillary’s cell ready at Supermax!

The source of this story was a Washington Post deep dive on the server story. After the article was published, the Post had to append a correction that read, in part,

[A]n earlier version of this article reported that 147 FBI agents had been detailed to the investigation, according to a lawmaker briefed by FBI Director James B. Comey. [Emphasis added] Two U.S. law enforcement officials have since told The Washington Post that figure is too high. The FBI will not provide an exact figure, but the officials say the number of FBI personnel involved is fewer than 50.

I wonder which member of the House Select Committee on Benghazi, which first uncovered the email server during its investigation of the 2012 attack on the U.S. consulate in that Libyan city, was the anonymous -- and only -- source of a claim that made the Democrats’ leading presidential candidate sound like Bonnie Parker with a security clearance? It would be irresponsible to point fingers, though my suspicions would fall on a lawmaker whose name rhymes with Grey Towdy, and who has been accused in the past of leaking made-up garbage to the press to make Clinton look bad.

This is an example of why stories that rely on a single anonymous source, let alone stories where said source is a congressman, always set my teeth on edge. There is always the chance the reporter is being lied to by a person with an axe the size of Gibraltar to grind. Seasoned political reporters know this, which is why it always amazes me when they run with it anyway. Especially in this case. There are more than a few members of Congress who would love to bloody Hillary Clinton before the general election, or even damage her badly enough that Bernie Sanders could come in and grab the nomination.

It’s easy to think up some of the reasons why, if you’re a reporter, you might let yourself get suckered like this – the source has given you good information in the past, so you trust him; he knows that if he gives you bad information, you might never use him as a source again; you’re under deadline and don’t have time to find a second source to confirm.

Or maybe you yourself hate Hillary Clinton and have an axe to grind. Maybe you’ve got a good case of Clinton Derangement Syndrome -- that painful, brain-swelling illness that first emerged in the early 1990s and has convinced hundreds of reporters and millions of others that every story about the Clintons is potentially the next Watergate. Symptoms include rolling eyes, foaming at the mouth, self-published and badly copy-edited books, and expense accounts heavy on charges at the Hertz counter at the Little Rock airport.

Jokes aside, most of what I find so galling about this incident is that it is a continuing pattern of CDS within the mainstream press. And I’m only talking about in this primary campaign. It was just last summer that the Washington Post itself harshly criticized a rival organization for a similar screw-up. And just a couple of weeks after that, the New York Times pulled a goof with a story about the email server in which nearly every word except for the prepositions was wrong.

Not that this latest blunder will stop people who should know better from claiming that outlets like the Post and the Times are “in the tank” for Hillary Clinton, even while frustrated liberals clutch their heads and scream, “What liberal media?”

The other part that I find galling is that there is plenty about the email server story to criticize Hillary Clinton over without gilding the lily by throwing in a combat company’s worth of FBI agents all working diligently on the case. By her own admission, the use of a private server stored in her Chappaqua basement was irresponsible. Her presidential campaign, the culmination of years – decades – of ambition, is now being dogged and maybe endangered by a mistake that was more avoidable than gluten.

Even if you are deep in the depths of an episode of Clinton Derangement Syndrome, why make it so easy for partisans to use a silly and obvious exaggeration, likely tossed to you by a Republican congressman who might very well still be seething over Bill Clinton avoiding a Senate trial after his impeachment, to dismiss the entire story as a hack job? It’s almost as dumb as being sure that Clinton’s entire campaign is about to be derailed by an indictment over the server.

On the other hand, we live in a world where people are filleting Hillary Clinton for getting an expensive haircut in Manhattan, so I guess nothing is too absurd this primary season.