The great $15/hour lie: Workers don't have to wait to earn a living wage 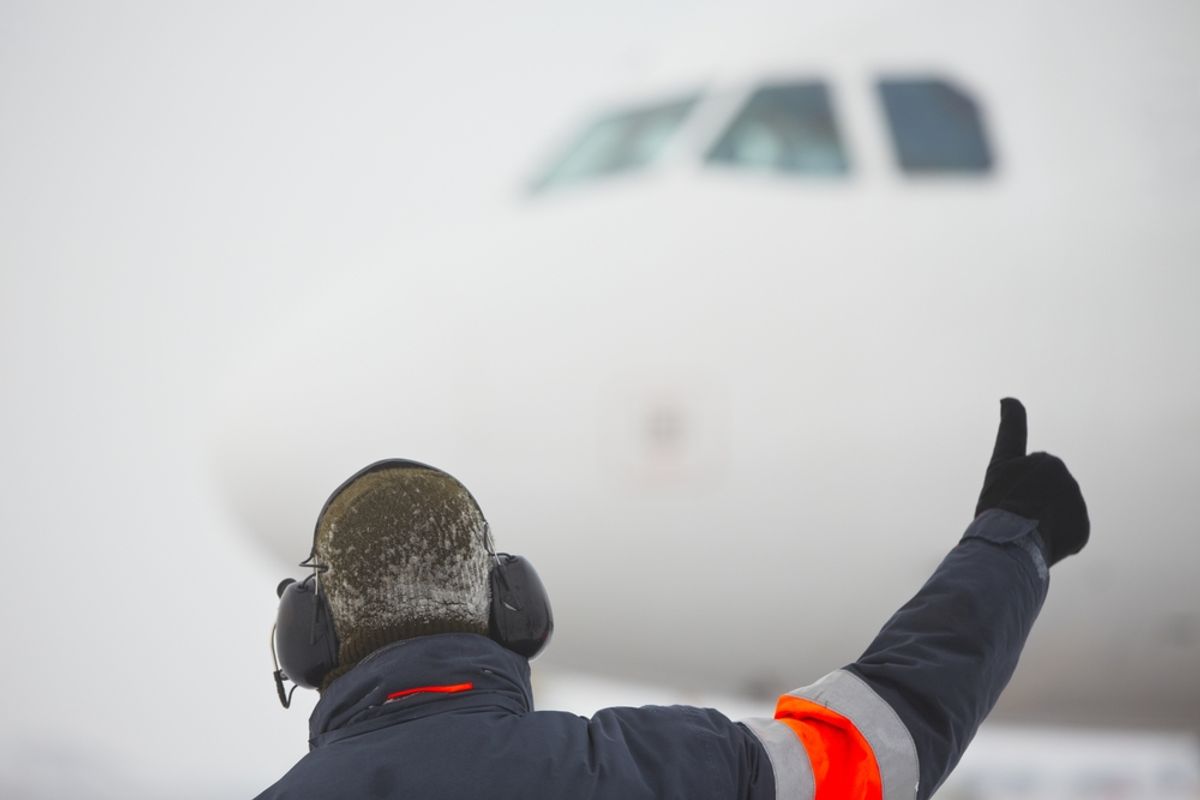 Millions of workers across the country have won wage hikes under the banner of $15, and this week many more in California stand poised to join the parade. But three and a half years after the first picket sign was hoisted demanding $15/hour and union recognition, very few minimum wage workers are actually getting paid that much. That’s because among those crafting wage legislation, it’s become an axiom that increases must be phased in over time for the sake of business and economic stability. California Congresswoman Loretta Sanchez reflects a prevailing establishment view that what’s needed is “a reasonable, measured approach that would prevent sticker shock for businesses.”

Newly adopted $15 minimum wage laws have been unveiled with great fanfare and media coverage. But lost in the headlines is the reality that because of phase-in schedules, workers won’t actually see $15/hour in their pay for three, five or even seven years—at which point the buying power will have been eroded by rent hikes and the rising cost of living.

Even many progressives have accepted the phase-in feature as a reality of the political landscape. But should we? The first successful voter initiative campaign for $15 demonstrates that many businesses require no such relief. In the last month the Fight for $15 quietly achieved a historic milestone: The first law providing $15/hour wages to private-sector workers went fully into effect.

In the latest paychecks given out at SeaTac International Airport, workers saw significant pay jumps, generally between $3/hour and $5.77/hour, bringing them to the new legal minimum of $15.24/hour for jobs in and around Seattle’s airport. The new wages leapfrog SeaTac workers ahead of their counterparts who will achieve $15/hour down the road—Seattle (2017-2021, with most reaching the wage in 2019 or later), San Francisco (2018), Los Angeles (2020), New York fast-food workers (late 2018, mid-2021). The proposed statewide California law would reach $15/hour in 2022 or 2023.

At SeaTac, last month’s bigger paychecks deliver an immediate economic boost to more than 4,600 airport workers and their families. And they vindicate the idea that when workers unite around a bold idea, they can win big, according to SeaTac baggage handler Socrates Bravo. “It feels good after working, fighting and being involved for such a long time,” he said.

For Bravo and others, the victory involves more than wages. Now, with higher hourly pay, he won’t need to rely on overtime to pay his bills, and so will be able to spend more time with his three-year-old daughter. “I’ll have the freedom to do what I want.”

In 2013 Bravo and other workers, backed up by a broad union, community and faith coalition, led the successful voter initiative to boost wages for more than 6,300 low-wage airport workers in and around SeaTac Airport. (I was the director of the campaign.)

Alaska Airlines, the dominant business with its main base at SeaTac, sued after the November 2013 election. A county judge ruled the new City of SeaTac law was valid outside the airport, covering some 1,700 hotel workers, parking lot attendants and shuttle drivers. However, the judge said the law couldn’t apply to the 4,600 baggage handlers, fuelers, passenger service workers, rental car assistants, cabin cleaners, and other private contract workers inside the airport.

The coalition appealed, and last summer the Washington State Supreme Court ruled in the workers’ favor. But Alaska Airlines, in the midst of a multi-year streak of record profit-making, asked for a rehearing. Finally, 26 months after voters approved the initiative, the state’s High Court rejected Alaska’s final appeal this past February. Beaten, the airport employers quietly made their payroll adjustments to comply with the law.

Still unresolved are two years of back-pay obligations that total potentially tens of millions of dollars. Some employers have made good on back wages; most have not, prompting SeaTac workers to file class-action wage theft lawsuits against 14 companies demanding their pay back to the law’s Jan. 1, 2014 effective date.

The 2013 SeaTac initiative was the first $15 measure in the nation to go before voters or a legislative body. Inspired by the earlier demand of New York fast food workers for “$15 and a union,” the SeaTac initiative went far beyond wages. In addition to raising minimum pay to $15/hour immediately and indexing it to inflation, the voter-approved law provides for paid sick leave, job security for contract workers, protection of workers’ tips, and the right to full-time work for those trapped in part-time positions.

Notably, unlike other minimum wage hikes that have been adopted in municipalities and states since 2013, the SeaTac law isn’t phased in over several years. It mandated that beginning in January 2014, employers immediately raise pay for their workers to $15/hour, plus inflation.

During the 2013 initiative campaign, business leaders denounced the SeaTac initiative as a “virtual union contract.” Alaska Airlines CEO Brad Tilden called the immediate 60 percent raise an outrageous idea that would destroy businesses. The manager of Cedarbrook Lodge, an upscale hotel, wept at a public meeting, claiming the law would force him to lay off workers. A local parking lot owner vowed to automate operations.

But after SeaTac voters approved the law, the airport economy didn’t collapse. Cedarbrook’s management announced a huge expansion and new hiring. The parking lot owner proudly advertised his new $15/hour hire-in wage. Other businesses outside the airport managed to pay the higher rate. And inside the airport, the dexterity with which Alaska’s contractors and other SeaTac companies recently pivoted to meet their pay obligations underscores the reality that businesses could afford to pay it all along. They just didn’t want to.

Last year, Alaska reaped a record $848 million in profits, a 40 percent increase over the previous year. The SeaTac worker pay boosts amount to less than 2 percent of those profits.

As Alex Hoopes points out, the new wage level is, if anything, too modest. He should know. In 2005, Hoopes was a baggage handler for Alaska Airlines, making $21/hour with health benefits and a pension under a union contract. That year, Alaska fired its 472 SeaTac baggage handlers, including Hoopes, and replaced them with poverty-wage contract workers who were denied union rights.

Notably, the same pundits who today wring their hands over the prospect of large worker pay increases failed to express similar angst when precipitous pay decreases wrecked families and shattered communities like SeaTac.

Now Hoopes, a contract worker for AirServ doing the same type of work he was doing in 2005, is making $15.24/hour. For Hoopes the new wage represents an immediate 52 percent pay increase, one that will allow him to put a modest amount of money away for vacations and a new side-business he’s starting up. But he also recognizes that the struggle has far to go before restoring what airlines and their contractors stole from workers and communities in the last generation through mass firings, union-busting, and contracting out. Hoopes and his co-workers are continuing to fight for full back-pay, benefits, fair work rules, seniority rights, and recognition of their union.

Bravo observed that many of his baggage-handling colleagues at Menzies Aviation were hesitant to take action on workplace issues during the two years that the initiative wound its serpentine path through court. They weren’t sure that the fight would amount to anything in the end. But now, he said, their larger paychecks validate the protracted struggle. They’re more willing to stand up. Since the 2013 initiative, SeaTac wheelchair attendants and parking lot workers formed unions and won recognition. With airport workers now emboldened by the wage victory, the pace of organizing ought to accelerate at AirServ, Menzies and other contractors.

One lesson from SeaTac is we shouldn’t give business and political leaders a pass to hide behind the argument that sudden worker wage increases will harm business and destabilize the economy. The call for restraint on pay raises—conspicuously absent when it comes to executive pay—is really a political argument aimed at lowering worker expectations and diverting attention away from the massive corporate profit-taking that is responsible for our present circumstances.

By winning $15 immediately, the SeaTac workers have challenged the myth that workers must be moderate in pressing economic demands or risk business collapse. They’ve demonstrated to workers everywhere that it’s indeed possible to take on and overcome the most entrenched of corporate interests—not by trying to mollify business anxiety with compromises, but by unapologetically asserting their due and holding to it.

As Hoopes noted, “You have to stay strong and not give up.” Today, larger airport worker paychecks corroborate his verdict.